December 28, 2012 | Posted in Dealers on the Move
Source: http://www.arizonamachinery.com

December 28, 2012 — Arizona Machinery, AA Equipment and Greenline Equipment are all John Deere dealer groups with the  same ownership. Recently, the company announced that the dealerships will adopt the same name, Stotz Equipment. The dealership explained its decision to change its corporate identity on its website (http://www.arizonamachinery.com/). The company operates 21 locations across eight states,  which include Arizona, California, Nevada, New Mexico, Utah, Colorado, Wyoming and Idaho. The following is published on the company’s website.

Who is Arizona Machinery, AA Equipment and Greenline Equipment?

They are all part of one company and provide support to our customers in three different geographic territories. 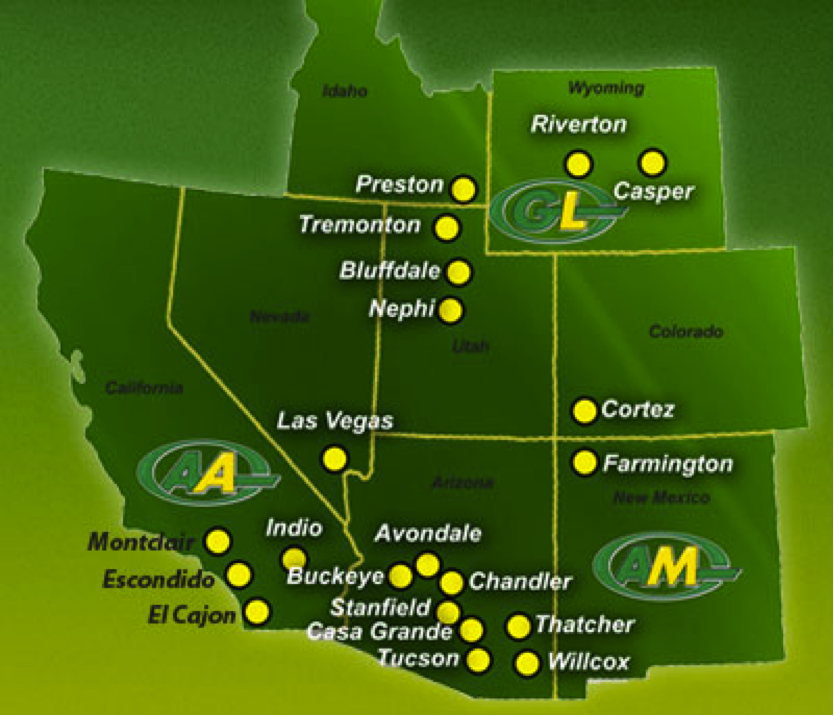 We recently decided that these companies should be recognized as they actually exist, one unified company.  In our opinion, the clearest way to reflect this is to have them operate under one name, thus the need for a name change.  This was an agonizing decision because of the excellent reputation each of these groups have established over many years.  There was also the concern of the perception that this is a new ownership group, rest assured, it is not.

After we decided on the concept of having one name, our next challenge was what that name should be. We started that process by soliciting suggestions from our employees.  From those suggestions, our management team chose one utilizing the following criteria:

Our new name was the only one of the suggestions that cleanly met all of the criteria. The new name will be Stotz Equipment. The Stotz name originated back in 1980, when our company built a new dairy and the President at the time, Ferenc Rosztoczy, named it Stotz Dairy. He got ‘Stotz’ from our current President, Tom Rosztoczy and Vice President, Rob Rosztoczy – it was a nickname their childhood friends had for them which was an abbreviation of their last name.

In the future, we will be transitioning to this new name.  We have started by revising our logo which reflects that each of the original entities is a “division of Stotz Equipment”.  You will start seeing this on our uniforms, letterhead, vehicles.  Eventually this will evolve into our new Stotz Equipment logo which will replace the transitional logos in the areas mentioned, as well on our buildings sometime in the future.

Look for these changes as the entities make the transition from having three different identities into one, but one which will continue to deliver the high level of support to our customers with the same dedicated and knowledgeable employees.