Early Planting May Result in Harvesting Corn Before September

With relatively mild weather this past winter across much of the U.S., prospects were favorable for the 2012 U.S. corn crop to be planted early this year. Planting progress data for corn indicated an advanced pace through much of the spring. This chart shows that corn plantings as of mid-April and late April 2012 were ahead of the typical pace. As a result, pros pects also may be good for an early harvest, with the possibility of a higher than typical portion of the 2012 crop being harvested before September 1, the start of the official 2012-13 U.S. corn marketing year. An early harvest of new-crop corn has potential implications for non-feed and residual usage, ending stocks and the derivation of feed and residual usage of corn for the old marketing year, as well as for available supplies in the first quarter of the new marketing year. 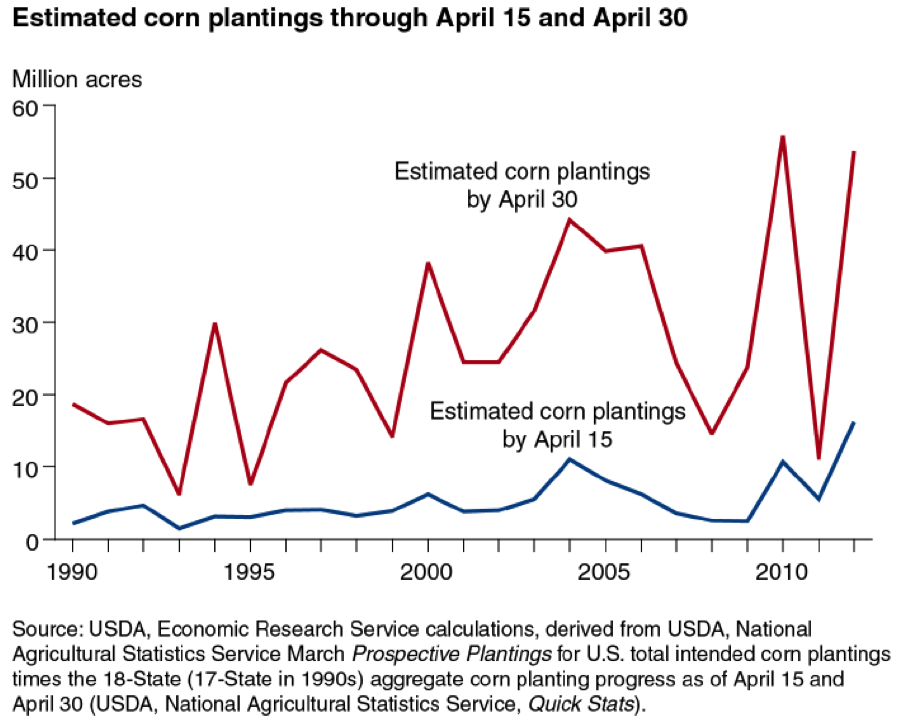