Early planting boosts the projected yield for 2012 above the yield trend (which is based on actual yields from 1990 to 2010) to 166.0 bushels per acre, compared with last year’s weather-reduced yield of 147.2 bushels per acre.

Rapid planting and emergence could also lead to an early harvest of some of the 2012 corn crop, potentially reducing estimates of feed and residual disappearance for the last quarter (June-August) of the 2011/12 marketing year. This chart comes from Feed Outlook, FDS-12e, May 2012. 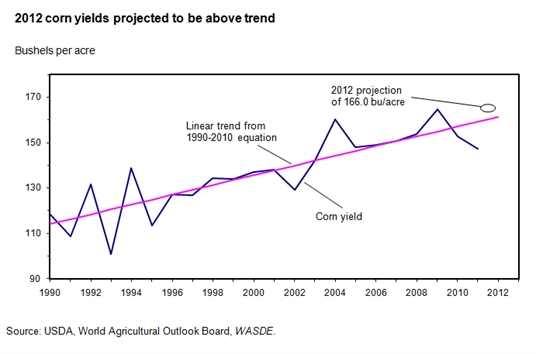