Supporting the Team with Energy and Enthusiasm

By Dave Kanicki posted on October 13, 2011 | Posted in Department Management 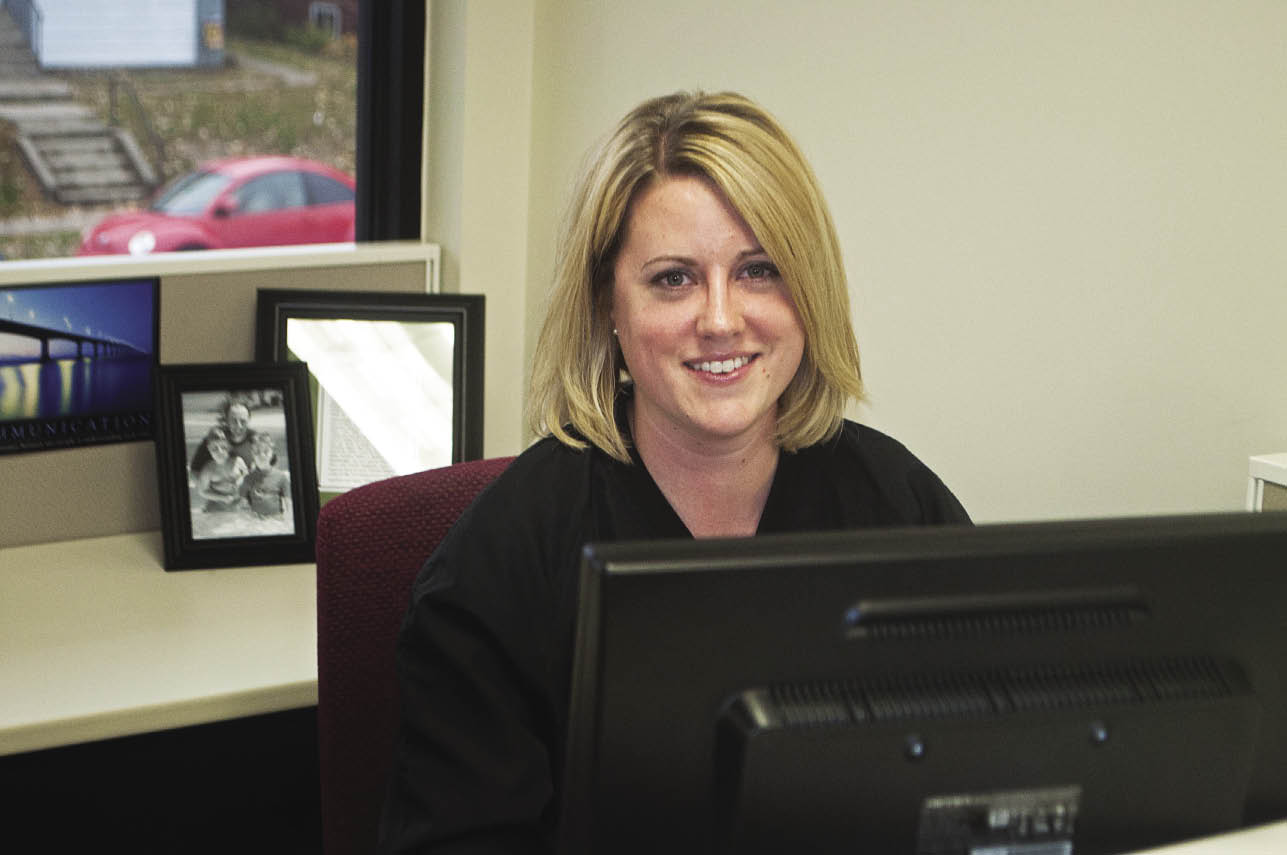 Years with Organization: 4 (had previously worked in the payroll department with a furniture manufacturer in Muscatine, Iowa)

Role: Originally the executive administrator, Becker was recently promoted to project coordinator, which will entail working with various departments and functions in a project management capacity.”

Any number terms could be used to describe Michelle Becker’s role at Precision Equipment. “Girl Friday” comes to mind because it’s an idiom that describes an especially faithful servant. Some might call her a cheerleader because of the enthusiasm she exudes for her job and the company that employs her. She describes herself as “kind of a catch-all and go-to girl.” Precision Equipment’s CEO Randy Amosson simply says, “She’s a joy to work with.”

Her official title was executive administrator when we started organizing the 2012 Dealership Minds project with the farm equipment dealership then called Elder Implement. But in the midst of the merger, she was given additional responsibilities, most notably that of project coordinator of the new company now called Precision Equipment.

She was hired at Elder Implement to cover for a woman in payroll, billing and customer service at Elder’s Muscatine, Iowa, dealership, who was going on maternity leave. During that initial stint, Becker says she also “answered phones and did pretty much everything asked of me.”

When her colleague returned, Becker “transitioned to another role that they had created for me, which was the aftermarket analyst where I supported Randy Amosson in his aftermarket efforts. Then I just kind of moved on from there,” she explains.

“From there” included maintaining the dealership’s business information system and who has access to it. She’s also the person who other employees turn to with their questions like, “I think I did this wrong. What do I do now?” or “What form do I need to order ABC?” She also oversees the company’s vehicle credit cards.

Becker acknowledges that not every equipment dealer would justify having an “executive administrator” on the payroll. 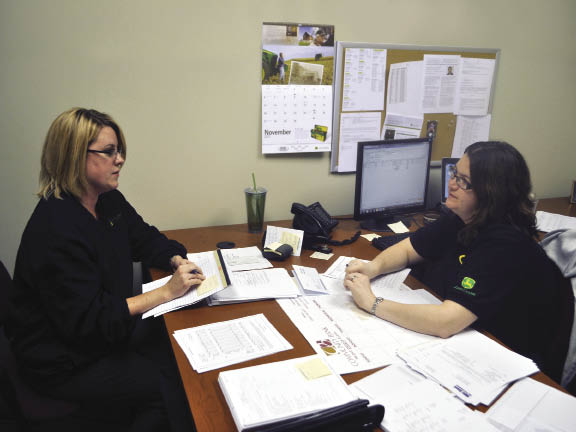 “On the other hand,” Becker says, “I believe there’s a huge benefit in having one person responsible for overseeing the business information system. We have an outside IT firm that handles the really technical issues, but I can usually resolve most others without calling them.

She also knows it’s difficult to quantify her contributions and the value she brings to the organization. The best measure for her would come from her fellow employees.

“Sometime I should track the number of calls and requests I get on a daily basis, whether it’s from the stores or the people here at the administrative offices that need an answer or something done when it’s not really anyone’s responsibility,” Becker says. “They know I’ll figure it out and they don’t have to waste their time. I’ll take care of it. I’ll get it done. But it would be interesting to quantify how much time my efforts save the others.”

Whether it’s quantifiable in hard numbers or not, Amosson says that Becker is exactly the type of employee that the dealership is banking its future on: energetic, enthusiastic with the leadership qualities and organizational and communication skills that make the entire organization better.

“She continues to look to go to the next level,” he says while discussing her promotion to project coordinator. “As we’ve grown to this size of a company, we know we can’t do everything at once. From a project standpoint, Michelle keeps her ear to the ground and evaluates what projects are coming up and helps us prioritize them. She’ll work with each of the individuals involved in the project and will follow up to make sure they have what they need to get their part done.”

Becker would like to focus full-time on project management from here out, but suspects she’ll need to do “everything that I’ve been doing so far in addition to being a project coordinator.”

She says that employees from the three stores that merged with Elder Implement will need a go-to person, at least in the short run.

“I visited each of the stores after the merger was announced and introduced myself. Those stores didn’t have access to the Elder business information system, and they have a lot of questions about using it. They’ll need a go-to person as they get settled in. I told them during our visit, ‘If you need help with something or if you’re not sure where to find something, always feel free to call me because I’ll do the best I can to help you.’ I intend to be there for them.”

At the same time, she’s ready to jump into her new responsibilities as the project coordinator. “I really would like to make project management more of my full-time focus and have it be exactly what I do for the organization. I’m excited because there are a lot of great things that we can tackle. It‘ll also provide me with the opportunity to work with different people from the organization at each location and bring employees together for common goals.”

“Once an initiative is brought to the table, I’ll help determine the timeline and process to get it done. We’ll determine who needs to be involved and get it organized to move forward in a timely and financially responsible manner.

A Conversation with Growth Energy's CEO