Changing farming practices, including the trend toward concentrated production on specialized operations, along with others such as wider use of irrigation and growing adoption of precision agriculture technologies, have allowed the farm sector to increase total output by nearly 50% over the past three decades, even as resources used in farming declined.

These freed resources have been applied elsewhere, contributing to increased productivity throughout the economy. And consumers of farm products have benefited, too. Despite occasional price spikes and recent trends to the contrary, price increases for agricultural commodities have lagged far behind both economy-wide price increases and increases in prices of agricultural inputs over most of the last 30 years. 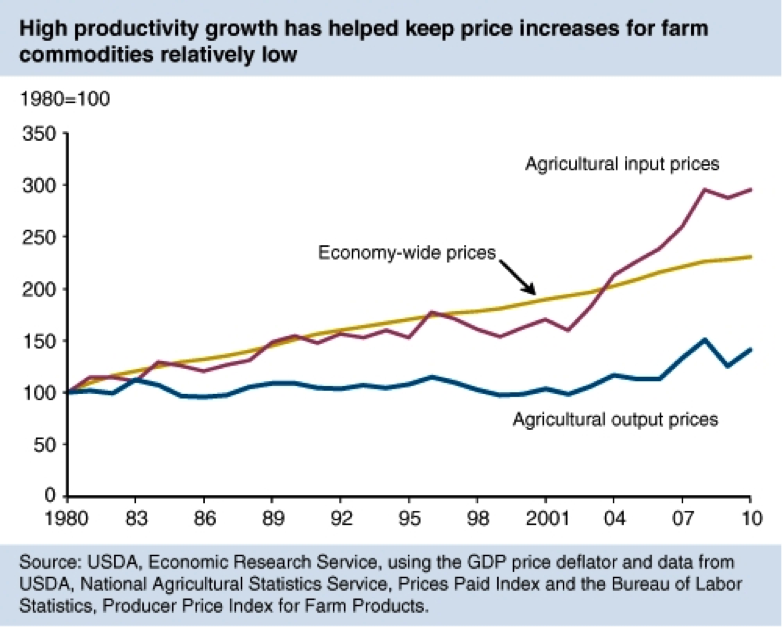 This chart is found in the December 2011 issue of Amber Waves magazine.