By Sarah Hill posted on March 8, 2022 | Posted in Dealer Succession

Recruiters should seek candidates with the right personality traits, not necessarily skill sets.

“Top precision farming recruits are willing to think outside the box, they’re willing to look at problems, uncover solutions, and be resourceful people,” says Huebner. “These are the kind of people Josh Waggener [president of Hutson Inc.] wants use to acquire other dealers in this world. If you’re not willing to do this and if you’re not doing this, then you’re potentially going to be acquired.”

Hutson Inc. has focused on those tactics, with some success, according to Huebner. He says it all starts with recruiting.

“We want to recruit heavily based on personality traits,” Huebner says. “You can always train humble and eager people. People who pursue excellence in their craft — you can work with that. You can make that person what you need them to be in time if you’re willing to invest in them.”

Your dealership can also gain a sense of freedom by not relying solely on skills for acquiring the next hire, he explains.

“You’re focusing on your cultural traits, the aspects of this person lining up with the team that you already have,” Huebner says. “Do they communicate well? Not every single person is a potential hire. It doesn’t matter what industry. They are all potential employees to you, as long as they practice excellence in their craft and carry the cultural traits you’re after.”

Huebner says that one aspect of the precision business Hutson Inc. has worked on is accepting they don’t know everything.

“There has been nothing normal about the past 2 years,” Huebner says. “We’ve entered into this perpetual state of not normal. It’s OK not to know, it’s OK not to have the answers on some things. Customers actually understand that sometimes.”

However, not being resourceful is a harder obstacle to overcome, Huebner adds. An employee’s ability to help themselves and being able to know where to find the right information is important to their growth and success

“A lot of times as employers, we make a mistake of training for the best case scenario,” Huebner says. “It’s hard to train an employee how to pull a DTAC on a machine after an EF4 tornado comes through and totally wipes out your location. They’ve never worked in those style of situations. You didn’t train them in it, either. There has to be grace and a degree of understanding that we throw out there to these people. That requires patience on our part and it is hard.”

Providing constant training is essential for staying ahead of the game, according to Huebner.

“How many training opportunities are you having based upon the total number of employees you have in your organization?” Huebner asks. “Either you’re staying ahead of the market or you’re falling behind.” 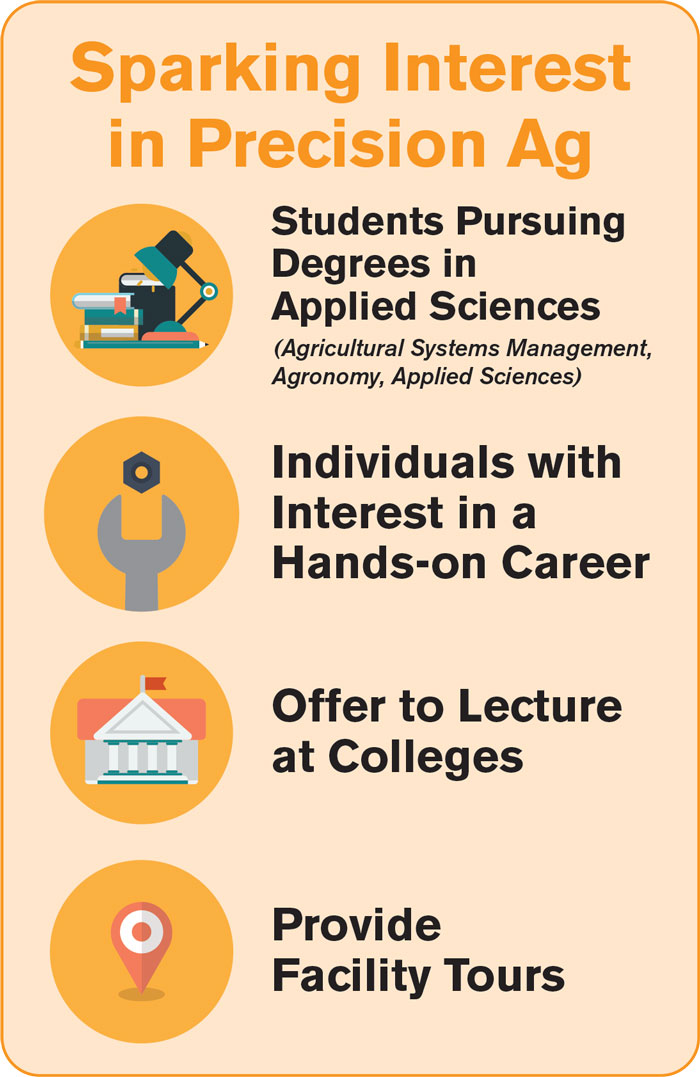 Mentoring programs are very helpful, especially for taking new employees who are coming from another line of work and repositioning them within your organization, Huebner says.

“The chances of you getting this person who has 10 years’ experience, is an incredible fit in your organization, and has exactly the culture you want doesn’t exist, so the best thing you can do is recreate them,” Huebner says. “The best way to recreate them is through apprentice style programs. That means you invest in that person over time.”

Huebner says Hutson Inc.’s apprentice programs last about a year. During that time, a culture of excellence also can grow.

“You want to change your culture? Gear apprentice employees up with some of the strongest people you have, let them work hand-in-hand with them, then see how they change over time,” Huebner says. “If they don’t work, it wasn’t meant to be.”

However, if the opposite happens — the apprentice demonstrates the same style culture, work ethic and ability to attack the business — your organization has another strong employee.

If an employee is already in the role, but needs a new skillset, there could be a class or series of classes offered to bring that employee up to par with where they need to be. Huebner says the classes could be hands-on and software-based to assist the employee with the terminology and to be able to have conversations with customers.

“It’s hard to sell something when you don’t understand the value or advantage of this product over other products or what it brings to the farmer,” Huebner says.

For employees moving into the technician role from outside, a more apprentice-style mentorship program is better suited. That apprenticeship should last about a year.

“We come up with some of our own content for training,” Huebner says. 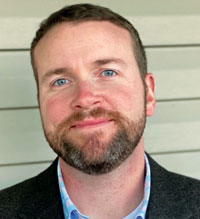 “They are all potential employees to you, as long as they practice excellence in their craft and carry the cultural traits you’re after…” – Karl Huebner

Internships are also an excellent way to identify potential new employees and give students an opportunity to be exposed to all the different aspects of a precision ag department.

“We’ve tried not to overwhelm them in the process by giving them the freedom to try to do a few projects on their own to get the hands-on, technical exposure,” says Huebner.

Huebner also recommends having discussions internally with human resources about what type of candidates are best suited for precision ag roles.

“They’re so trained to focus on someone’s skill set when they’re phone screening and looking through resumes, but it’s really hard to put on a resume ‘I’ve got great integrity’,” Huebner says. “It’s hard to see someone’s personal characteristics.”

According to Huebner, customers are going to do business with precision ag dealership that provide quality product support and service.

“I know demand has had a tremendous amount to do with that this past year,” Huebner says. “You’ve probably seen customers settle for things that they normally wouldn’t settle for. But the cool part about this is that just watching this play out over the next 20 years or so is going to be totally fueled through precision ag.”

Huebner predicts dealers, third-party organizations or consulting companies will get bigger, faster and stronger based upon their ability to invest in people, repurpose people within their organizations, invest in them, and coach them to broaden the organization’s support.

For the precision staff to stay on top of emerging technology, it’s going to require the department to grow. “How do you catch what’s new and drop it into the organization if it’s all on you and another person?” Huebner says. “How are you going to be able to catch that other gear when the next generation of products are going to require that much more support?”

Precision farming specialists wear many hats on a day-to-day basis, according to Knotts with Case IH dealer Redline Equipment. However, problem solving is what really defines the role. 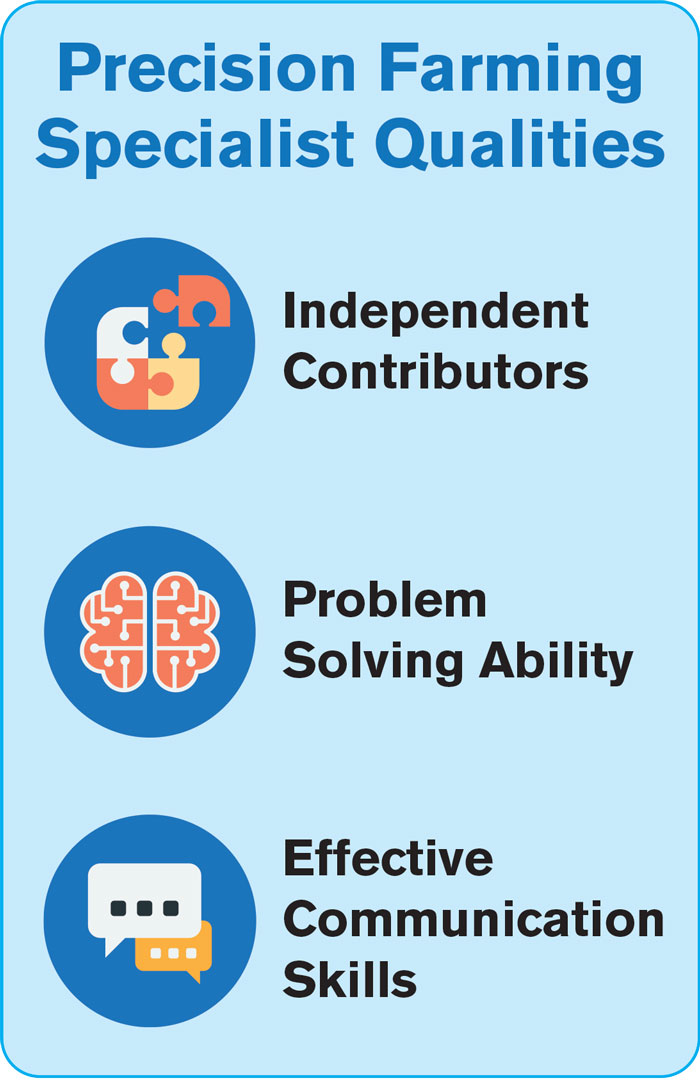 Knotts encourages precision dealers to think outside the box when it comes to looking for the next generation of talent in the industry.

“Maybe look toward people who have applied science degrees,” he says. “Precision agriculture is really rooted in biological systems, being able to make changes and create agronomic responses through technological innovation. There’s a lot of talent out there that might not specifically be in the tech space but has somewhat of an idea as to these biological systems or agronomic systems. Once introduced to the idea of precision ag, there’s going to be people that surface who would take an interest in it.”

Once those new recruits are hired, Knotts says training is the key to successful onboarding — both training offered by the manufacturer and internally through the dealership.

“From an internal perspective, we want to provide new talent with procedures and structure that’s going to allow them to thrive within our business,” Knotts says. “If we can standardize the way we do things and conduct business, then those new recruits can be successful.”

Providing supervised shop experience alongside technicians is another aspect of training that can be beneficial for new employees. Learning the systems inside and out can help new precision ag specialists be able to sell and support those products.

“The manufacturer offered training is a really important part as well,” Knotts adds. “We want to align our marketing goals with our manufacturer from the get-go when we bring new people into the company — that’s an important part of developing that new recruit.”

Knotts also recommends that new hires spend time shadowing veteran precision ag specialists, riding along in a safe and controlled environment and allowing them to work their way into their position.

“Seasonally is probably a good idea, to make sure we don’t stick them in a truck on the first day of planting season when specialists are getting 90 calls a day,” Knotts says. “We definitely want to avoid that situation.”

How to Prepare Your Dealership for Autonomy

Turning Data Into Efficiency to Boost Your Precision Business

Master Precision Management at Your Dealership Does My Precision Ag Business Need to Have a CRM?