It has often been reported that video content has become the preferred source for content consumption for many Americans. As mentioned in the Sept. 7 issue of the Lessiter Marketing Minute, 60% of website visitors will watch a video first went presented with both video and text. With this in mind, it is important to be on the bleeding edge when creating and sending out new video content.

This was the motivation behind our recent process change in how we at Lessiter Media approach on-site video production, specifically for when editors are out at trade shows. In previous years, we would require editors to take along cameras, camera bags, tripods, audio recorders and a number of extraneous cords. In addition to the initial cost of the equipment, we also accrued cost due to any lost or damaged equipment. Additionally, all this extra equipment opened the door to untold problems with filming and production.

In order to improve upon this, we developed a simple, cost effective new practice; rather than hauling around unnecessary camera equipment, editors would film videos using something most everyone already has in their pockets ­– a smartphone.

Over the past few years, the technology within your average smartphone has improved at an accelerated rate to where the camera capabilities within this device can rival those of professional cameras. As a testament to how far the technology has come, there have even been big budget Hollywood films, recorded exclusively with smartphones. It should also be noted that all Lessiter Media editors have a company smartphone for business purposes, so the cost of equipment had already been covered.

The editors are also provided with a specially designed handheld tripod to assist in their filming. These tripods are both smaller and lighter than our older models and are also equipped with special attachment for stabilizing smartphones.

Minimizing equipment is just one of the reasons behind our decision to switch to smartphones for video. Our previous process required that the video had to be physically returned to the office before it could be uploaded and delivered to the video editor. This hurdle often resulted in delays in getting timely video scoops posted to our websites. Often our competitors got their content out before we even returned to the office.

This is no longer the case because along with their impressive cameras, smartphones have another advantage over traditional video cameras; internet access. Once an editor has shot their video, they need only access the internet to transfer the files back to the office via Google Drive. Thanks to our recent upgrade to Business Class, we have unlimited storage with Google Drive, which means we can send and receive as many videos as our editors can shoot.

To ensure that everyone was up to speed with these processes, a brief demonstration class was conducted before the editors headed out into the field. 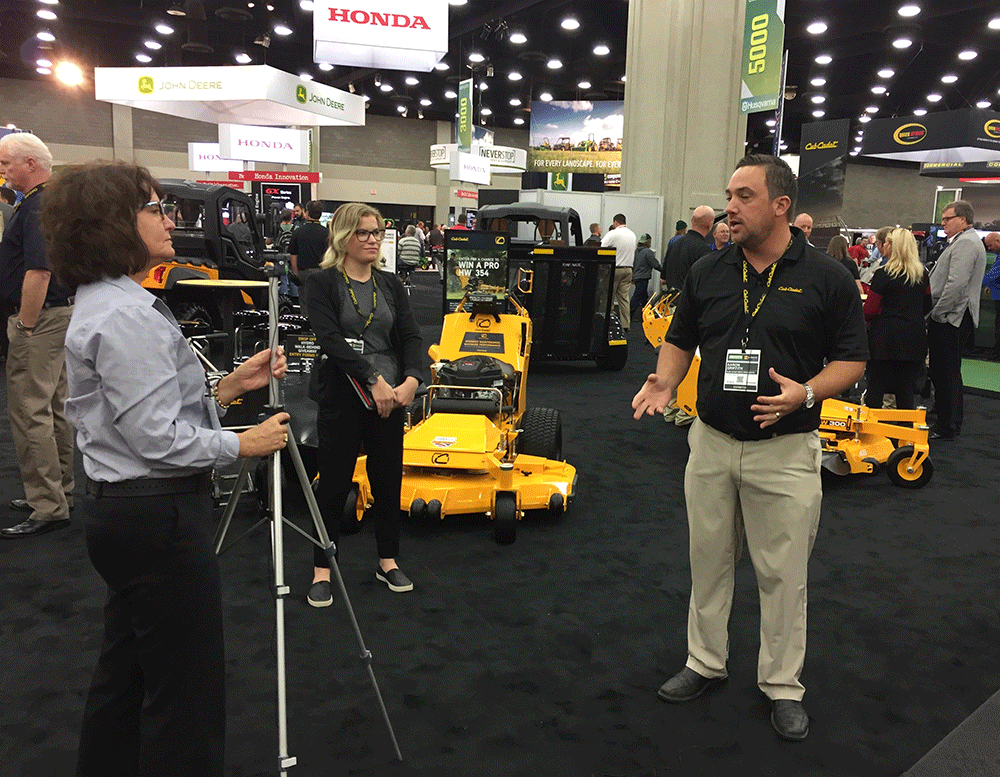 Rural Lifestyle Dealer Editor Lynn Woolf making use of the new filming practices at the 2018 GIE+Expo.

Thanks to the new filming process, we were able to film, edit and publish this interview while the GIE+Expo was still in session.

The videos are then sped along to the video editor who, given appropriate instructions for prioritization, can edit and publish these videos before the editors return to the office. This is incredibly helpful for large events, when multiple video requests would all arrive at the same time, causing back up and further delay of these timely pieces. 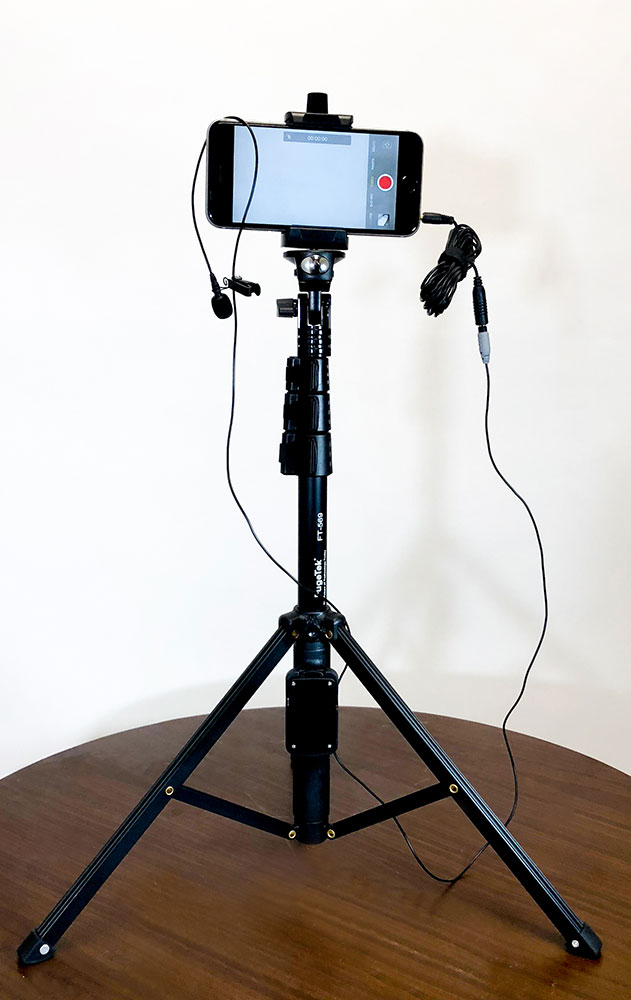 Naturally, there were unforeseen challenges that arose from this change in process, specifically on how best to record the audio for the video. Over the past year, Lessiter Media had added the production of podcast to their media repertoire which resulted in the purchasing of improved audio recorders. These were in turn included along with the previous video recording processes. By recording the audio separately from the video camera’s internal audio and then syncing the audio to the video, we have seen a dramatic improvement in the quality of the audio in our video production.

Unfortunately, the new audio recorders proved to be incompatible with our smartphone process, since there wasn’t an easy way to transfer the audio data from the physical memory card where all the data was stored. Instead a more practical cost-effective solution was found. We discovered that by plugging the microphone into the audio jack on the phone sound quality was significantly enhanced, even comparable to the quality of our professional audio recording equipment.

With this knowledge, the answer was simple. When putting the microphone on a speaker, we merely attached an extension cord to their microphone which will run under their shirt and back to the smartphone camera recording the interview. By correctly framing the speaker, viewers won’t see this cord. Even in those rare occasions where the cord is visible, it’s so inconsequential that it doesn’t detract from the interview itself.

In summary, by switching from traditional, costly video cameras, we’ve opted for the video to be recorded on smartphones with the microphone plugging directly into the phone. This both improves the quality of the video, but also expedites the editing process which allows our team to capture exclusive stories out in the field and have them available to our audience in the same day. I look forward to seeing this process help expand the video production side of the company and make us a competitive force to be reckoned with in the industries we serve.

Video Marketing — What Works & What Doesn't