Earlier this month, AEM released its monthly ag tractor and combine sales reports for the U.S. and Canada. Through the first 6 months of 2018, total tractor sales in the U.S. were up 6.5% and up 4.7% in Canada compared to the same period last year.

“The first half of 2018 for tractor and combine sales are continuing the positive direction we began to see in the last quarter of last year,” Curt Blades, AEM senior vice president of agriculture, told Ag Equipment Intelligence.

Although sales figures suggest a recovery for the ag equipment industry, things aren’t necessarily positive for agriculture as a whole, at least currently, Blades says. Even so, farmers are at the point where their equipment needs replacing and many are also feeling good about what the future holds.

“What showed up first in Canada and then later in the United States could best be described as a replacement market because the economics on the farm are not necessarily pointing to be that positive for 2018,” he says. “I think what we found is that there was just some pent-up demand or some replacement that was beginning to happen at the end of last year and at the beginning of this year.

“It was time for some of that equipment to be replaced. There’s this general feeling of optimism [from farmers] of, ‘Hey, if I’m going to replace it and the future looks bright with tax reform and other things on the horizon.’ It appears that farmers are now willing to make some of those investments they’ve been putting off for the last couple of years.”

Blades points out that under 40 horsepower tractors have driven much of the ag equipment sales volume the last couple years, as that segment is more closely tied to the general economy in the U.S. and less dependent on farm incomes.

“But these most recent numbers where we’re seeing some nice, steady recovery and over 40 horsepower, over 100 horsepower, articulated 4WD and self-propelled combines showing positive gains, and they have been consistently for the last couple of months. That certainly is good news for our members,” he says.

Combine sales for the first 6 months of the year have been particularly strong in the U.S. Blades attributes that both to the individual needs of each farmer and to the replacement market “coming into its own.”

One thing that has AEM officials concerned is the potential for a trade war, which appears to be getting more serious every day.

President Donald Trump recently announced the U.S. would enact another $200 billion worth of tariffs on China. This adds to billions worth of tariffs already identified for China, plus separate tariffs on steel and aluminum tariffs and retaliatory tariffs from other nations, which impact U.S. commodities that include soybeans and other ag products.

“That’s a big concern,” Blades says. “Farmers get a double-hit on that because any potential steel tariffs or aluminum tariffs have a direct effect on the price of their equipment at some point in the future. So, these are big concerns that are going to impact what the next 6 months look like.”

With that, Blades says he is “cautiously optimistic” that any remaining ongoing trade spats will be worked out. “I continue to be optimistic that we’re going to come to an agreement on trade that allows these tariffs to expire and not be renewed.” 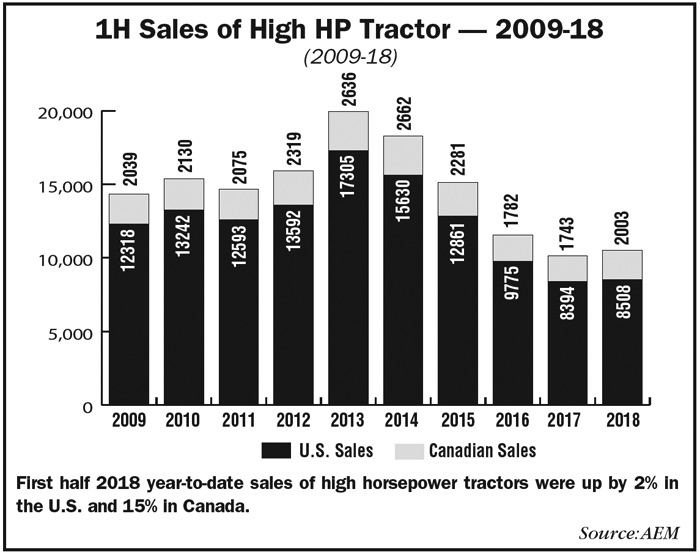