As U.S. Farms Get Bigger, They Require Multiple Operators

Like the rest of the industry, including dealers and manufacturers of ag equipment and consumable products, U.S. farms are also consolidating and getting larger. For example, according to USDA, Farms with over $1 million in gross cash farm income (GCFI) accounted for half of the value of U.S. farm production in 2015, up from about one-third in 1991.

It’s no secret that farms in the U.S. are becoming larger, but USDA also points out that many of the largest farm operations also have multiple operators. This means that, increasingly, the sales process for capital expenditures (equipment, buildings, etc.) will require working with multiple decision makers vs. a “single” boss who made all of the buying decisions, which was typical in the past.

This marks a shift in the share of production from small farms (GCFI under $350,000). Small farms accounted for 46% of production in 1991; by 2015, they accounted for less than 25%. Farmers who take advantage of ongoing innovations to expand their operations can reduce costs and raise profits because they can spread their investments over more acres, according to the report. 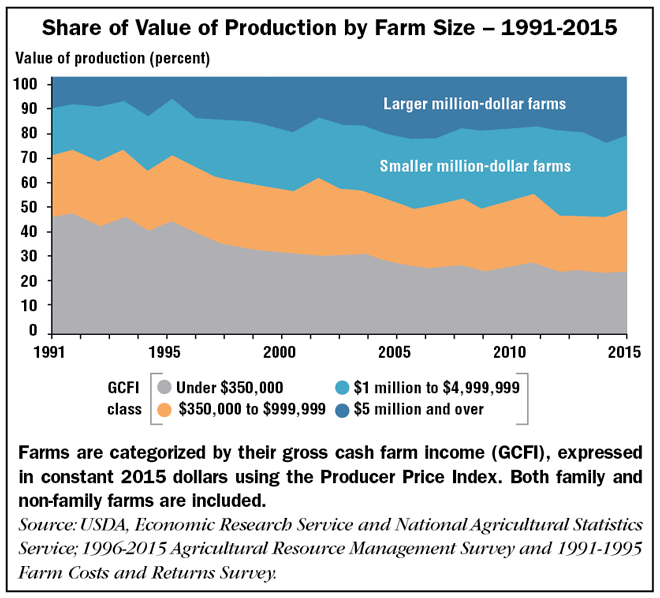 Another USDA report, “Farm Structure and Organization,” which was also updated and released in December, points out that these commercial-sized farms often require more management and labor than an individual can provide. Additional operators can offer these and other resources, such as capital or farmland. 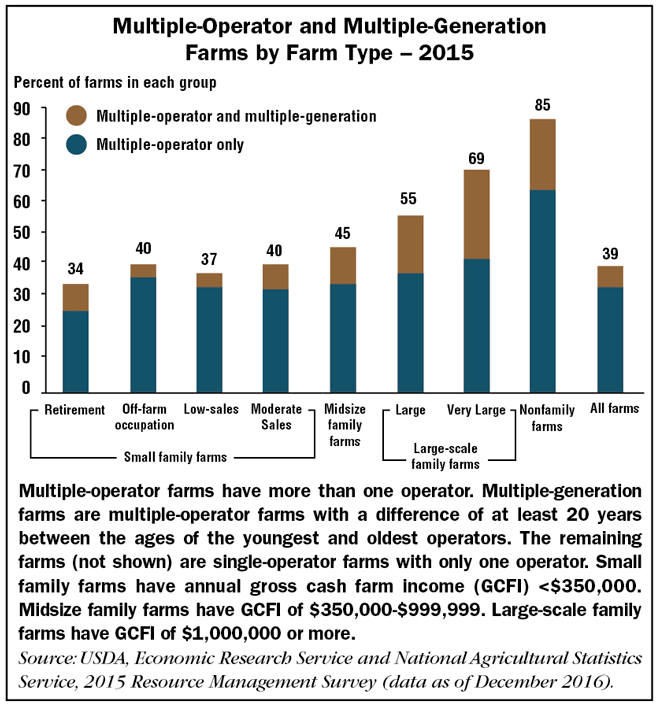 Ag Fundamentals Not as Bad as They Look