Editor's Note: USDA released its Agricultural Projections to 2025 this past week. If the current outlook holds, it could be good news for farm equipment dealers. According to the report, farm net income, which ultimately determines if farmers will invest in capital expenditures (equipment, buildings, etc.), will bottom out in 2016 and begin a gradual rise for the next decade. In all likelihood, it will not reach the levels seen in 2013 and 2014, but it will be an improvement vs. 2015 and 2016. 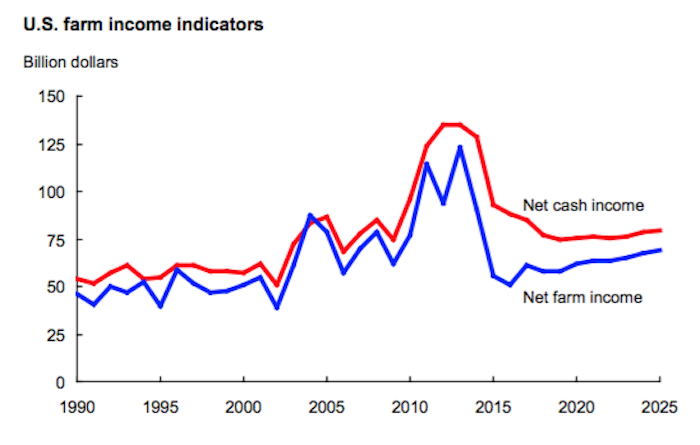 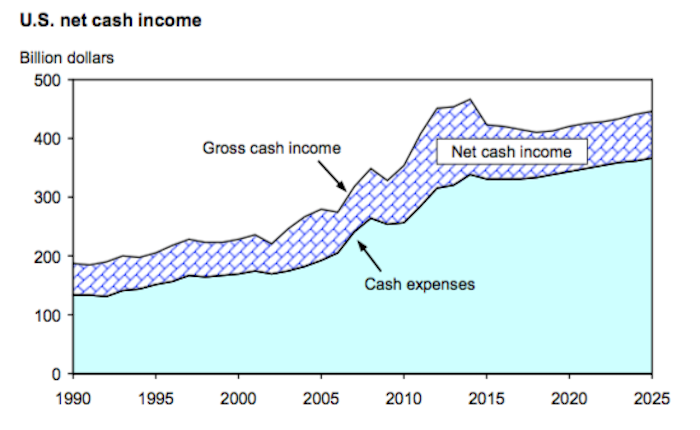 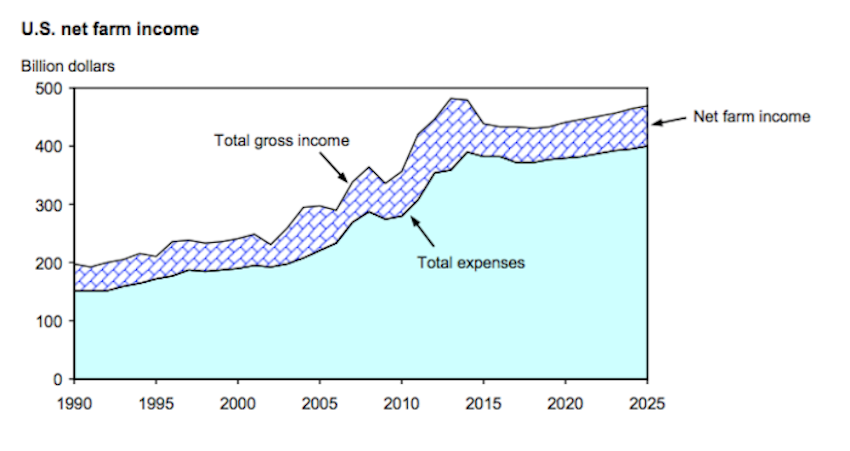 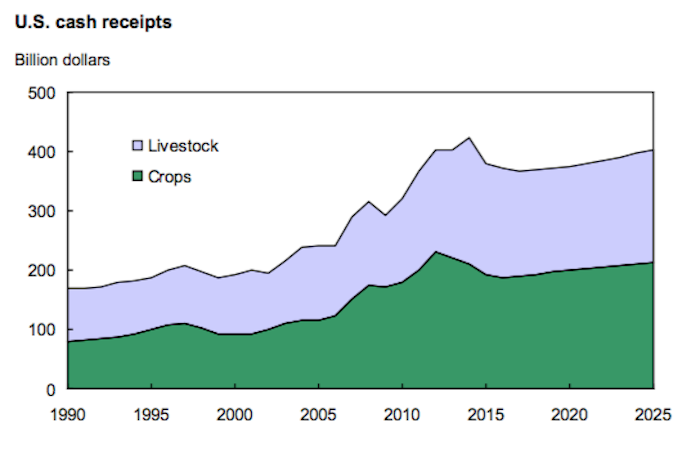 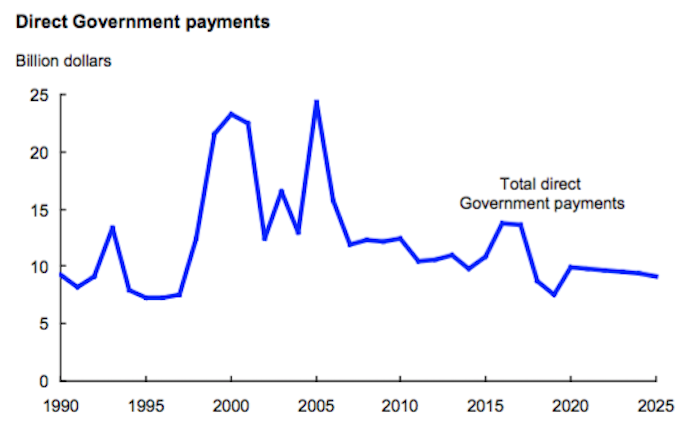 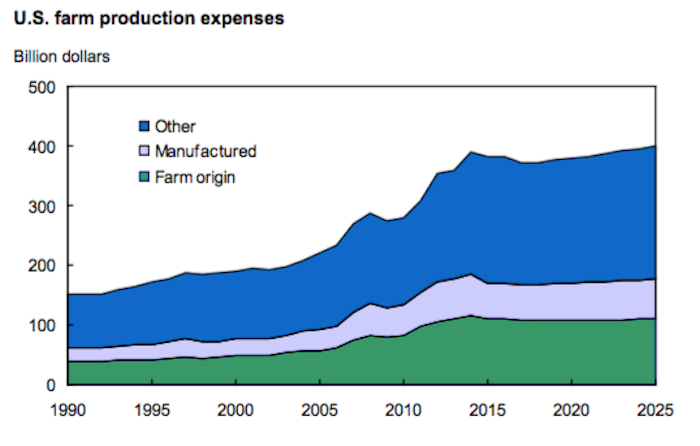 Total farm production expenses fell in 2015 as declining agricultural commodity prices reduced farm-origin costs, while lower planted acreage and crude oil prices reduced manufactured input expenses. Production expenses rise after 2017, although increases are less rapid than the overall rate of inflation through 2025. While interest expenses and fuel and oil costs rise faster than the general inflation rate during these years, expenses for farm-origin inputs and other manufactured inputs are up less than the general inflation rate. Aggregate expenses for other nonfarm-origin inputs increase at rates somewhat below the overall inflation rate. 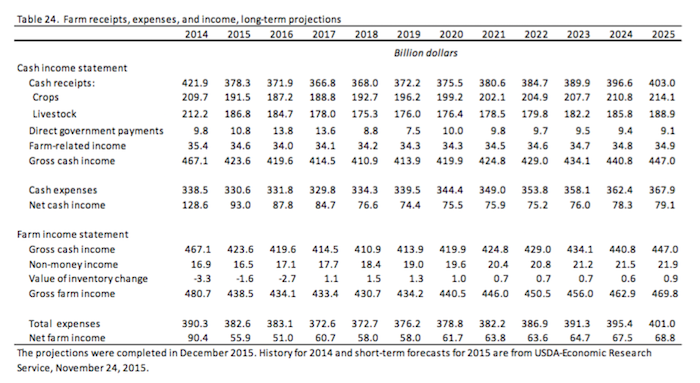