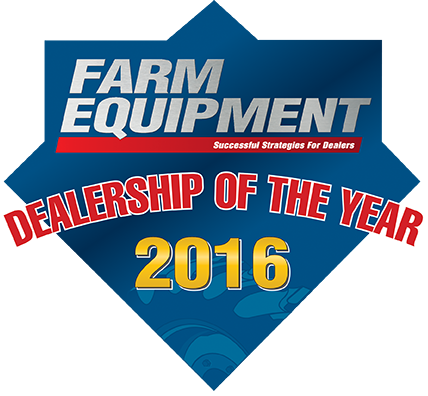 All farm equipment dealerships in the U.S. and Canada are eligible, and encouraged, to participate. The top dealers are selected by an independent panel of judges and will receive a plaque of achievement, be publicly recognized through a local media campaign, and be featured in a cover story in Farm Equipment’s July/August 2016 issue.

Manufacturers, suppliers, farmers and dealerships are invited to submit nominations and can do so by filling out the form below. All nominations are due by March 14, 2016.

For more information, contact managing editor Kim Schmidt at kschmidt@lessitermedia.com or by calling (262) 777-2431.

Are You Farm Equipment's Next Dealership of the Year?

Farm Equipment is Now Accepting 2013 Dealership of the Year Nominees