MILWAUKEE — The Assn. of Equipment Manufacturers (AEM) today announced the 2015 inductees into the AEM Hall of Fame, which recognizes and celebrates outstanding individuals in the off-road equipment industry, and their legacy of innovation, service and leadership. Hundreds of industry leaders, executives and advocates celebrated and honored the achievements of the inductees at AEM’s Annual Conference at the Ritz-Carlton Key Biscayne in Miami, Fla., Nov. 2-4, 2015.

The two distinguished inductees into the 2015 AEM Hall of Fame are Jon Kinzenbaw of Kinze Manufacturing, headquartered in Williamsburg, Iowa, and Joe MacDonald of MacDon Industries Ltd, based in Winnipeg, Man.

“Each year AEM is proud to honor the pioneering individuals who invented, managed, built and led the off-road equipment industry,” said AEM President Dennis Slater. “Both Jon Kinzenbaw and Joe MacDonald had the vision and dedication that was critical to advancing global economic and social prosperity. Their legacy strengthens continued industry contributions to improving our quality of life, and serves as an inspiration for tomorrow's leaders.”

AEM Hall of Fame inductees have been evaluated by an independent panel of industry experts on five criteria that are vital to the health of the off-road equipment manufacturing industry: 1) innovation, 2) industry contributions, 3) leadership, 4) corporate citizenship/social responsibility and 5) sustainability.

About the 2015 Hall of Fame Inductees

Below are summaries for each of the 2015 honorees with some of the reasons they were selected for induction. 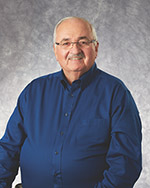 Jon Kinzenbaw is a farmer who built one of the largest privately-held agricultural equipment manufacturing companies in North America from the ground up. Starting as a small welding shop in rural Iowa, the company now spans more than 1 million square feet and manufactures some of the most popular planters and grain carts currently in use.

Kinzenbaw says innovation isn't “rocket science” — you simply have to listen to your customers. The first product Kinzenbaw manufactured and sold was a 13-knife, 30-foot anhydrous ammonia application toolbar. His first patent was for a high-clearance, variable-width moldboard plow.

At the urging of local farmers, Kinzenbaw pioneered the invention of a planter that could be folded up for transport instead of being loaded onto a trailer. The resulting rear-fold planter sent the company on a growth trajectory that continues to this day. Other industry-firsts brought to market by Kinzenbaw include: the two-wheeled grain cart, folding row markers, push row units, the lift and rotate folding planter, vacuum-type and brush-type seed meters, hydraulic weight transfer system, bulk air seed delivery system, electrically driven seed meters, and a multi-hybrid planter.

Committed to the industry and the local community, Kinzenbaw has provided more than 200 college scholarships for future leaders in agriculture and manufacturing. Additionally, Kinzenbaw formed an educational co-op and internship program at Kinze that has already given more than 150 college students an opportunity to get hands-on experience with state-of-the-art technology and manufacturing processes.

A quiet, yet forceful leader with a brilliant mind for sales and marketing, Joe MacDonald created a company that could not only compete with the largest OEMs, but simultaneously be a supplier to them. MacDonald started his lifelong career in farm equipment at the Cockshutt Plow Company, working his way up from the parts department to Canadian sales manager. When White Farm Equipment Canada, purchased Cockshutt, MacDonald was made vice president of marketing and later, president. MacDonald left White in 1971 to become a consultant to Killbery Industries Ltd., a company he subsequently purchased.

Under the name MacDon Industries Ltd., MacDonald narrowed the focus of Killbery’s product lines and turned the company into a world leader in harvesting technology. Working directly with producers, Joe led the development of innovative improvements to pull-type and self-propelled windrowers, enabling producers around the world more productivity. In the mid 1980s, under Joe’s leadership, MacDon developed the first dual application draper header for use on windrowers and most brands of combines, thereby allowing producers more flexibility and harvesting capacity.

MacDonald’s philosophy was that you succeed by finding a way where both you and the customer get ahead. He created an innovative dual distribution system, which allowed for the sale of MacDon products to OEMs under their brand while also selling similar products directly to independent dealers under the MacDon brand.

Active within the industry, MacDonald served as a director of the Farm and Industrial Equipment Institute (FIEI) and founder and chairman of the Canadian Farm and Industrial Equipment Institute (CFIEI). In 1993, MacDonald was honored as “One of the 100 Most Significant Contributors to Ag and Construction Mechanization” over the past 100 years by the Equipment Manufacturers Institute. MacDonald was also inducted into the Manitoba Manufacturers Hall of Fame for his support and contributions to the growth of Winnipeg and the Province of Manitoba.

About the AEM Hall of Fame

AEM Seeks Nominations for Its 2015 Hall of Fame