Trends with used farm equipment values are always top of mind with me as I pour through the different types of data (auction price data, dealer listing price data, search traffic data) our Machinery Pete business churns out daily. There are two trends I want to pull forward and touch on here with you as the calendar flips to March 2017:

I really started to notice falling auction sale prices on the fair, average sort of rough condition used equipment last summer. One thing was becoming quite clear: more farmers were taking one or two used items either to regional consignment auctions or online auctions and selling to free up some cash throughout 2016 and on into early 2017. And generally speaking the equipment items showing up for sale tended to fall in that “average” condition range.

It looks like 2017 could likely be a continuation of this trend of seeing more average condition used items being brought to wholesale auction by farmers to sell to free up extra cash. But I think we will also continue to see the very nice condition used items attract strong buyer interest as new sales remain soft. Folks continue to fight over the really nice used stuff.

Another trend I’ve been monitoring of late is that of increased buyer demand for and strengthening, or least not falling further, on used values on self-propelled sprayers. Here’s a big picture look at used self-propelled sprayer values from my Machinery Pete “Used Values Index” report for 4th quarter 2016. This report is based on the auction sale price data I’ve been compiling now for over 27 years. Note how used values have flat lined the past 3 quarters and are actually up just a smidge since mid 2015. 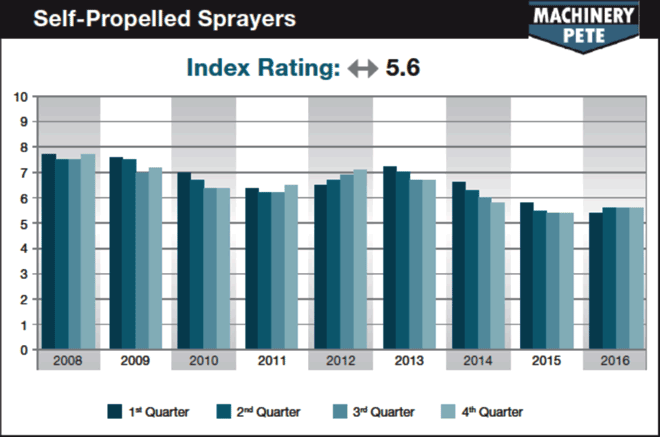 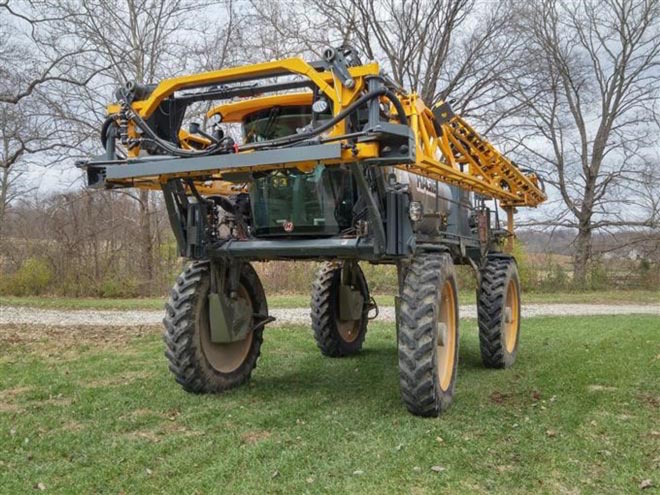