Under 40 Horsepower Tractors — Retail for this class of tractors remains very strong in April but inventory levels at the dealerships continue to climb, although more slowly than in the first quarter. Actual results continue to be slightly above our original forecast but it does appear to be moving more in line with the forecast by year-end. Our total retail forecast for this class was 122,147 units and the current moving 12-month average is reading 124,254.

40 – 99 Horsepower Tractors — Retail sales for this class of tractors remains very good in April and the rise in field inventory at the dealerships is moving up, but at a much slower rate than the first quarter. Actual results continue to be very close to the original outlook. Our forecast of 61,704 is still slightly above the moving 12-month average of 59,059 which we expect to come very close to forecast by year-end.

100 + Horsepower Tractors — Retail activity in this class remains positive and field inventory fell slightly from the March levels. Actual retail for this class of tractors continued to be somewhat behind the original forecast but has been inching closer each month since February.  Our original forecast of 23,957 units remains slight higher than the moving-12 month average of 21,380.

4 WD Tractors — April realized some positive moves in retail activity in this class and the field inventory level at the dealerships decline from the March levels. Our forecast was somewhat reserved for this class but there is some indication that the actual numbers are moving closer to that year-end projection. Our original forecast for this class was 2,414 units and the moving 12-month average currently stands at 2,761.

Combines — April is normally a strong retail month for combines and 2016 continued that trend, although the retail activity for this year compared to last year is down about 45%. Field inventory levels moved up slightly over the March levels. Our original forecast continues to be a bit optimistic at 5,238 units and the moving 12-month average shows 4,972 units.

The answer to that question could have a major impact on equipment sales to farmers and ranchers this year. As commodity prices continue to rise, it does appear that the fall harvest could generate a livable income for most farmers. The best that can be expected at this time is that farmers will maintain their net worth in these conditions and that will support the minimally required equipment replacement this year.

The U.S. Dollar has weakened somewhat during the past 30 days and that has been a positive move for commodity export activity. Brazil is facing a prolonged dry period that has reduced their corn production by an estimated 5-10 million tons. That decline will come directly from their export totals and will provide an opportunity for U.S. grains to replace them.

All of this excitement is fueled by the rising prices on the commodity exchanges around the country and some farmers have availed themselves of this opportunity to lock in prices on a portion of their expected fall harvest. The evolution of technology on the farm, and in the tractor cab, has provided farmers with instant access to commodity prices and the opportunity to place orders for futures contracts as they work their fields. With aggressive hedging activity and a growing number of farmers participating in the various crop insurance programs, 2016 appears to be somewhat positive for the agricultural economy.

A record crop harvested this fall could put downward pressure on commodity prices and on cashflow on the farm.

The May corn contract closed on April 29 at $3.90 per bushel and that is 10% above the close in March giving rise to high hopes for stronger prices this year.

Soybean prices followed suit in April and close at $10.21 for the May contract. There has been some good export activity during the month of April, which generated growing demand from China and other large purchasers of U.S. grain.

It is apparent that the 2016-17 marketing year will not be a stellar one but there is reason to be hopeful for a reasonably good year. As pre-season shipments begin to moderate in April, there is an opportunity for dealers to reduce both their new equipment inventory and their used equipment stocks. These higher inventories at the dealer level bring about reduced selling prices and reduced profits for the dealers but cashflow is king during 2016.

We feel that the actual results for retail sales are moving more in line with our original forecast produced last November and that field inventory will begin to come back to our originally forecasted levels. 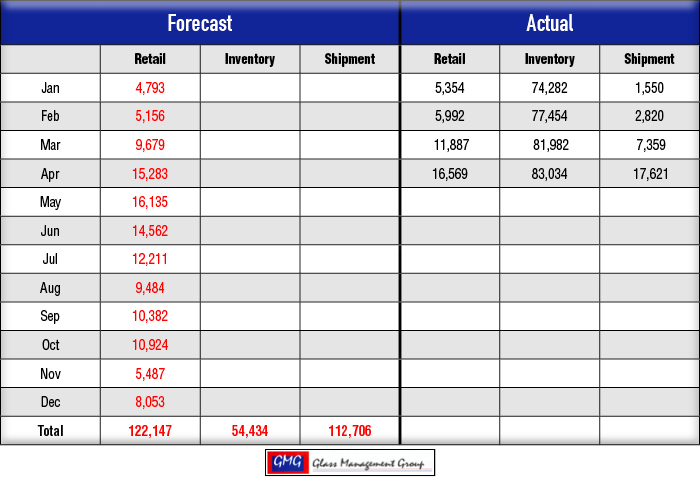 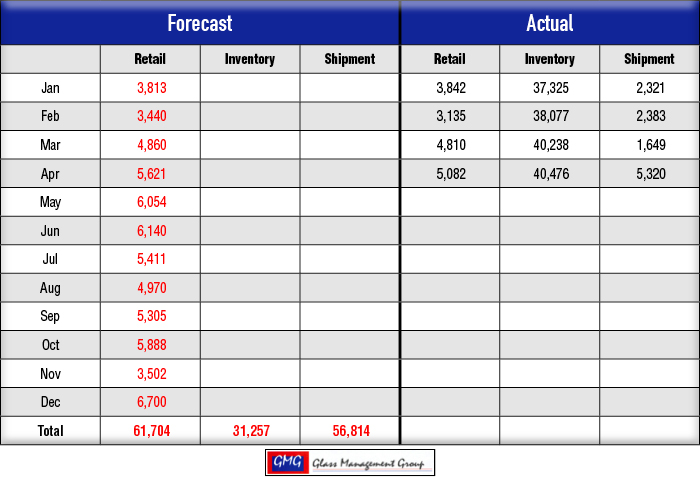 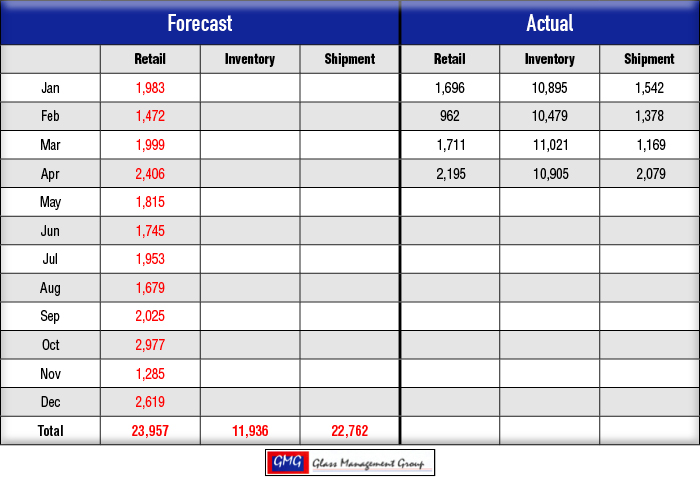 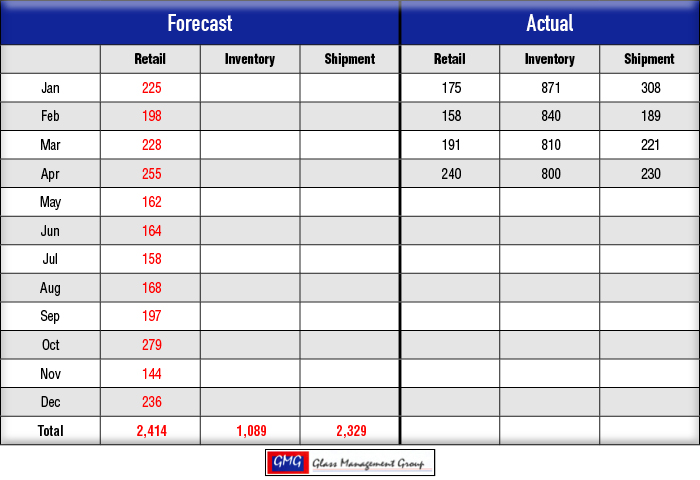 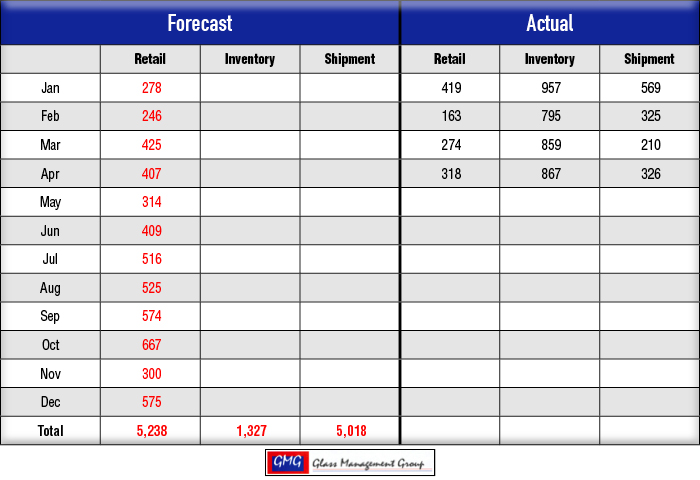