The Assn. of Equipment Manufacturers reported tractors under 40 horsepower experienced a significant increase in January shipments as compared to January 2015 number, but retail sales dropped from 4,129 last January to 1,550 last month. Field inventory levels rose by nearly 3,800 units to 74,282 when compared to December 2015.

The 40–99 horsepower category came in very close to forecast while the field inventory numbers rose by nearly 1,500 units over December 2015 levels and retail sales were less than 50% of the January 2015 levels.

The 100-plus horsepower category registered slightly less than forecast with the field inventory levels only slightly elevated from the previous month. Retail sales for this segment registered 1,543 units as compared to 3,606 units sold in January 2015.

Combine shipments were double our forecast and field inventory levels dropped by nearly 250 units resulting in a strong retail activity for the month.

The USDA reported that median farm household income dropped by nearly $2,500 in 2015 with the average in 2014 set at $80,620 and dropping to $78,284 in 2015. These figures includes both on-farm and off-farm income for the household and is another sign of increased financial pressure on farm purchases.

The Kansas City Fed also indicated that loans for farm machinery and equipment continued to be weak and was about even with 2014’s loan totals. While interest rates remained low for production loans the rates charged for equipment purchases is the highest charged by banks within the Kansas City Fed’s district. This is primarily brought about by a longer term and a higher risk associated with these purchases.

Repayment rates at farm center banks remains very positive with 98% of banks reporting less than a 5% delinquency rate on their farm loans.

Value of farm land has remained steady across the nation with some weakness shown in the Corn Belt states while bordering states are showing a slight improvement in land values. Farm land represents a large percentage of the net worth of farmers and ranchers and is a vital element in securing bank credit to successfully finance their farming operations.

Lending has remained elevated in 2015 and will probably see additional demand in 2016 as cash available to farmers and ranchers is being squeezed by falling net farm income.

World soybean production has increased by 7.3% annually since the 2008-09 marketing year and that, along with a lower usage demand for soybeans, has created a growing stockpile of the crop around the globe. The March soybean contract is currently trading at $8.72.

USDA reported that grain stocks were expected to continue to grow in the U.S. and worldwide as demand for export declines as compared to last year.  This will keep downward pressure on grain prices in the foreseeable future.

Strong tractor shipment activity in January was offset by a corresponding rise in field inventory for the month and our models continue to show the yearly forecast to be very viable at this time. Strength in the 4WD tractor category and in combines indicates a bottoming for these units but does not necessarily indicate a strengthening of future sales in these categories. 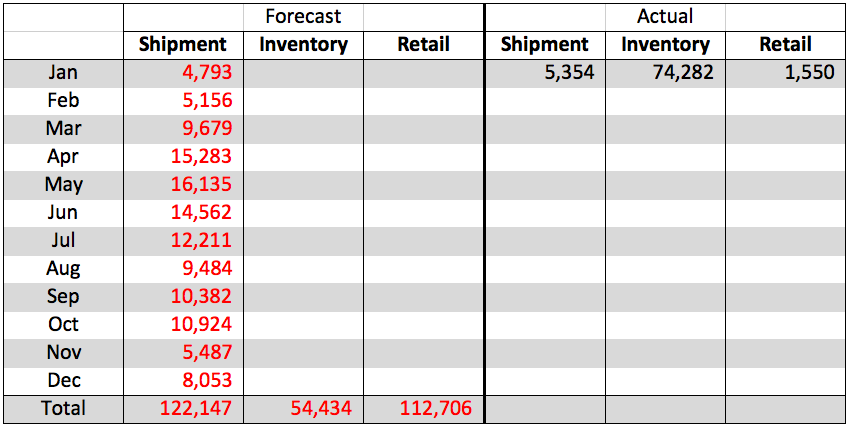 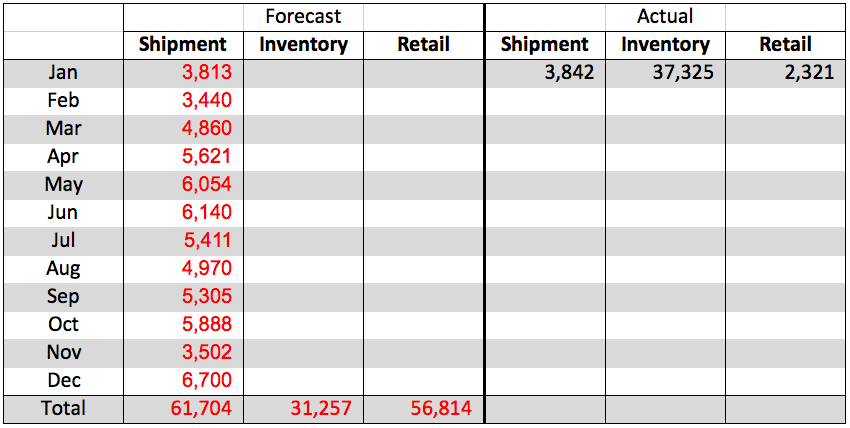 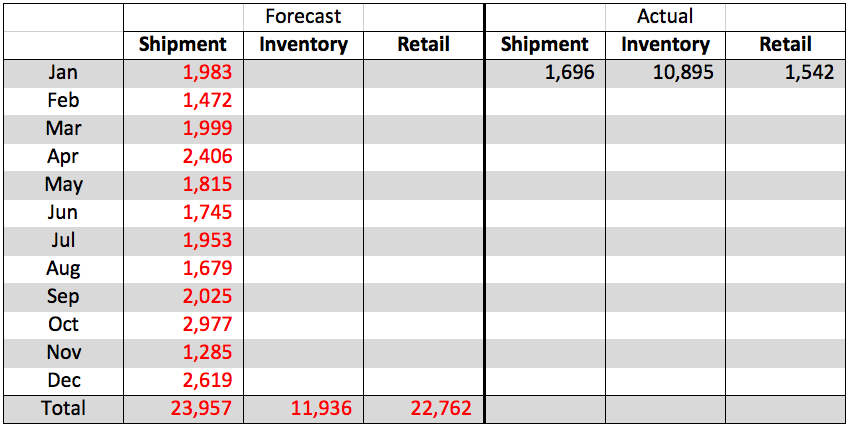 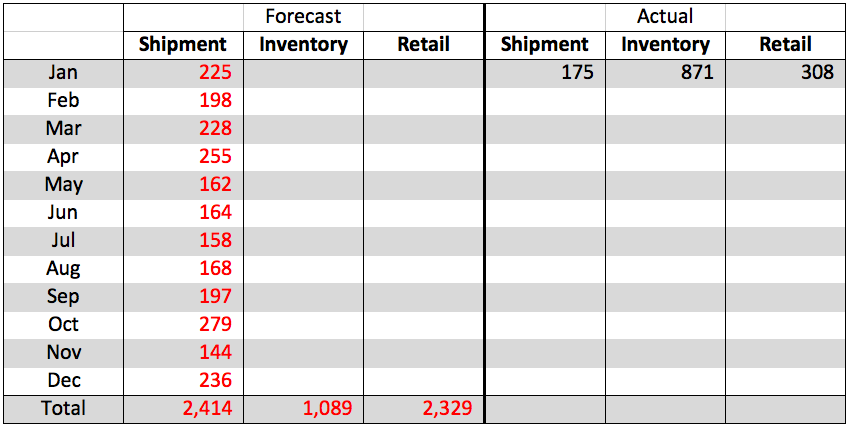 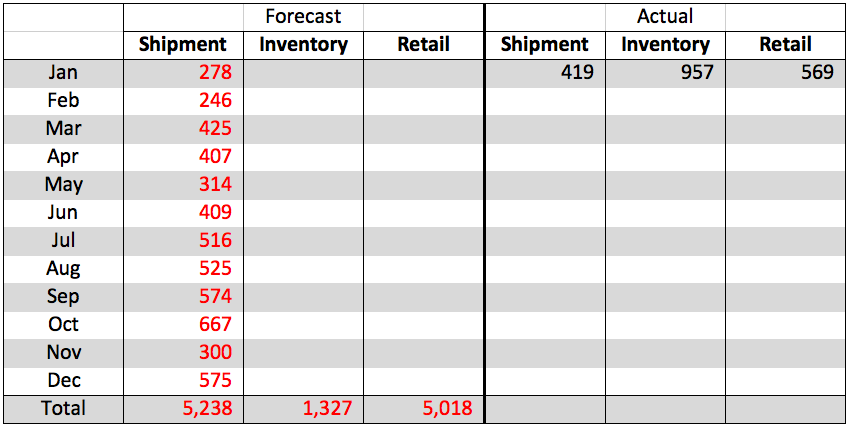