Home / Blogs / Opinions & Columns / Is Consolidation Good for Everybody?

Is Consolidation Good for Everybody?

By Dave Kanicki posted on February 8, 2016 | Posted in Best Practices 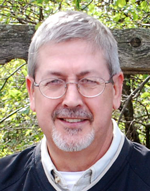 Over the years, more than a few dealers have told me the best deals they ever made were often the deals they didn’t make. At least a few industry pundits believe this is the case for Monsanto in its failed bid to acquire Syngenta.

During the past 4 years, Monsanto made three bids to acquire the world’s largest maker of pesticides and weed killers. On Feb. 3, Syngenta announced that it had agreed to be acquired by ChemChina for $43 billion. In a Reuters report that same day, at least a few industry analysts said it was probably for the best that Monsanto wasn’t successful in its attempts to acquire Syngenta.

According to that report, ChemChina, which is state owned, paid “17 times Syngenta’s trailing 12-month earnings, exceeding the multiple paid in 10 comparable deals … Such a deal would have been too expensive for Monsanto, according to Chris Shaw, a New York analyst at Monness Crespi Hardt & Co. Monsanto ‘is better off having not overpaid for Syngenta,’ Shaw said. ‘There's benefit on a strategic basis as well.’”

At this point, Monsanto is betting on its capability to produce new products and its precision farming business to add $3.5 billion in gross profit within 3 years.

According to the report, Monsanto believes its precision farming app for tablets and smartphones will have farmers paying to use the app on 400 million acres by 2025. Compared with this, the analyst said Syngenta’s crop chemicals are “mundane.”

Roberts suggested that if Monsanto wanted to dive more deeply into the pesticides business it should look toward German companies Bayer AG and BASF SE. Neither company commented on the speculation.

All of this harkens back to the Rabobank report a few months ago suggesting that we could see, or maybe we should see, or maybe it would make sense for consolidation among some of the major ag equipment makers.

If you were to apply Monsanto’s criteria for acquisitions — “It must be a strong strategic fit, it must provide synergistic value and it must result in a responsible capital structure” — I don’t see how this would apply to any of the three major players. Perhaps AGCO and Claas could see a fit, but this probably is not a likely match.

In large part, where we’ll see ongoing mergers and acquisitions is among shortline manufacturers because the single biggest issue confronting specialty equipment makers is finding enough good dealers to fuel their growth. And this is a real shame because from where I sit the most fertile seedbed for technology and equipment innovations in agriculture are the shortlines manufacturers.

In the Reuters report cited above, John Roberts, an analyst for UBS, commented: “The industry being more consolidated won't hurt Monsanto. Consolidation usually benefits everybody.”

This may be true from a shareholders’ perspective when the only criteria for success is fast returns on investments. But history has shown that where fewer competitors exist, the level of innovation takes a big hit and ultimately it’s the industry, itself, that suffers.