While USDA raised its outlook for farm cash net income for 2013 by 7.4% over its August estimate, it still represents a 3.4% drop from 2012 levels.

“Despite the increase, USDA still forecasts a year-over-year decline in cash net income, as the revised forecast is 3.4% below 2012 levels of $134.4 billion,” said Steven Fisher, analyst for UBS, in a November 26 note to investors. “USDA raised its estimate largely on higher crop cash receipts.”

“Last week Deere guided to a 2% organic decline in ag revenues in 2014, but we remain concerned that the market will be weaker than that based on our channel checks, commodity price trends and the slowing cycle. Also, while the combination of higher yields and high acreage supported cash receipts in 2013, we expect the combination of lower acreage and lower prices to pressure cash receipts next year. Deere also guided to a 4% decline in 2014 cash receipts.”

This chart is found in Ag and Food Statistics: Charting the Essentials on the ERS website. 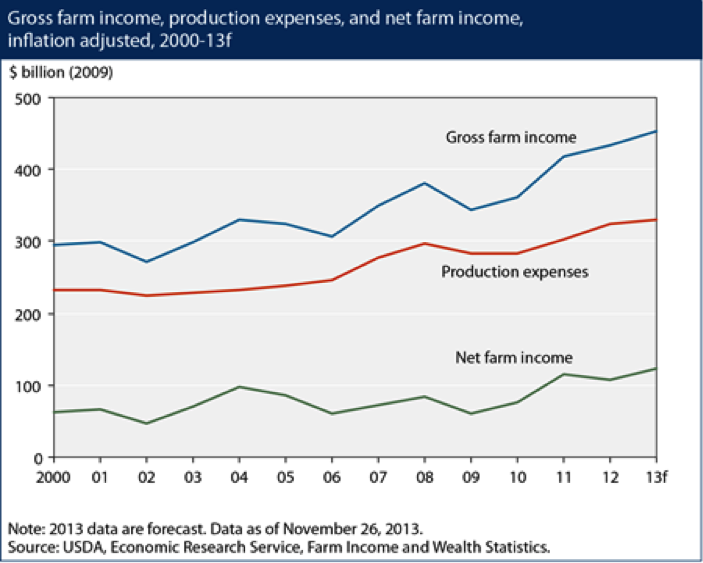