Setting up a cellular tower can help upsell existing customers and attract news ones through high level accuracy and service.

Like many farm equipment dealerships, Peabudy’s Inc. in Sterling, Ill., built its precision farming business through sales of auto-steer and GPS systems.

At the time, there was little competition in the area, says Passmore, because the technology was relatively new and there were only two other dealerships selling precision in their territory.

But as adoption of GPS tools increased, so too did competition, and Passmore wanted to improve on the level of accuracy and service the dealership provided to customers. After some research, he established an RTK network using 5 Trimble base stations.

“We had been selling some auto-guidance and WAAS (Wide Area Augmentation System) receivers, but we sat down and took a look at what our customers were trying to accomplish with accuracy and expectation of yields, we had to be at RTK,” he says. “We had a couple of customer focus meetings and hand picked a group of our core customers and showed them what we were proposing, through a question and answer session.”

Based on their feedback, Passmore first targeted customers who were already using WAAS or OmniStar for guidance and demonstrated the improvements using RTK. It was relatively smooth transition, he says, because once customers saw the quicker connection times and reliability, they were sold.

“We found that customers would get frustrated with some signals, because it took so long for them to lock on. When you took him an RTK unit and in 2 seconds it locked on and they could get to work, it was an easy upsell for us,” Passmore says. “The subscription cost was relatively the same, so it was just the upcharge for the equipment.

Once you could get them past the fact that it was a one-time deal, it was pretty easy.” 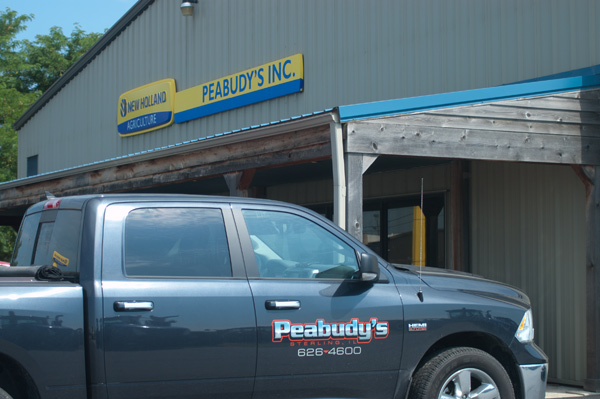 In a highly competitive market, Peabudy's Inc., in Sterling, Ill., recently established a cellular RTK network. They ran a pilot program with 3 customers to test the system before selling to a larger customer base.

But as the precision guidance market evolved from primarily steering a tractor or combine to application control on planters and sprayers, Passmore saw another opportunity to advance the dealership’s GPS service.

Two years ago, the store established a cellular RTK network at the dealership. In the first year, the dealership ran a pilot program with 3 customers to work out any bugs, before selling the network to a larger customer base.

“It was a gamble on our part, but I think we could see the handwriting on the wall that this is where RTK is headed,” Passmore say. “The guys who had already been with the RTK, we wondered how they were going to accept another charge. Because not only do you have subscription, but now you have a data plan, just like anyone does with their phones.”

“At some point, the salespeople think that if we go to the well one too many times, eventually they are going to say no. That was a concern, but we didn’t want to give up the income opportunity.”

Today, about 75% of the store’s guidance equipment sold is at RTK quality, including 35-40 customers’ machines that run off the dealership’s cellular network.

Passmore says he hopes to expand the dealership’s network in the future and build on their initial success. But he also advises dealers who are considering their own cellular network to do their homework.

New Interest in the Growing Field of RTK Networking