This chart is an update of one found in the Brazil topic on the ERS website. 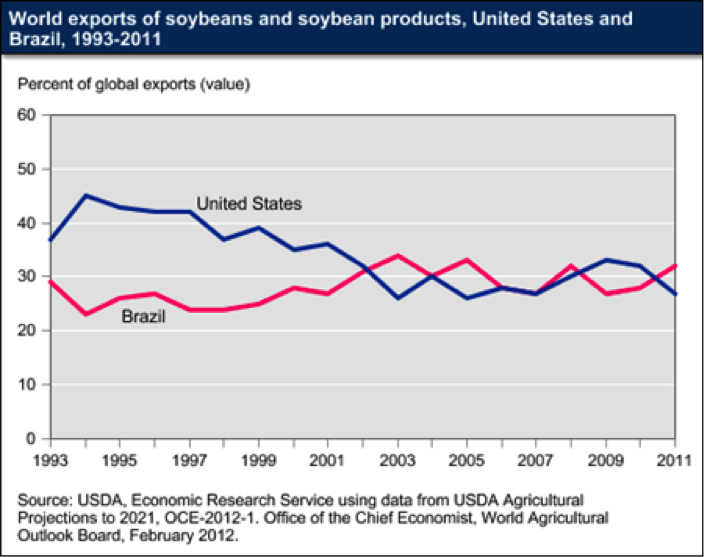