It appears the 2012 drought throughout the major growing regions in the U.S. is having an impact on used farm equipment prices, according to the most recent Ag Equipment Intelligence-Cleveland Research Co. survey of machinery retailers.

By category, tractors over 100 horsepower are now up 1.8% year-over-year on average, but down from 3% last month. Prices for used tractors under 100 horsepower were up 1.3% in July, which is down slightly from 2.5% in June. Used combine values were down 2.5% in July following a 1.2% drop during the previous month. 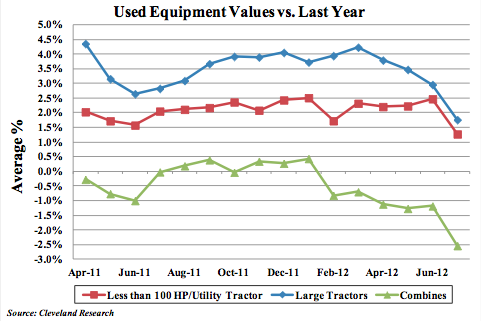 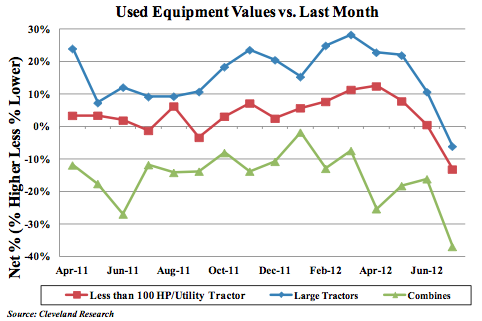