Gov. Gavin Newsom’s Office of Business and Economic Development praises California as the “largest producer and exporter of agriculture, dairy products, fruits and nuts. Over a third of the country’s vegetables and two-thirds of the country’s fruits and nuts are grown in California. With 76,400 farms and ranches, California agriculture is a $54 billion-dollar industry that generates $100 billion in related economic activity.”

“Our people aren’t going to let it go or drop the issue, it’s too important,” California Assn. of Winegrape Growers (CAWG) Director of Government Affairs Michael Miiller said in response to the OSHSB decision.

A May 2022 McKinsey survey of more than 1,300 small, medium and large row-crop and specialty crop farms shows growers expect to pay 10-20% more for key inputs in the next 18 months. Fertilizer (71%), crop protection (30%) and labor (17%) rank as the top 3 cost increases threatening profits.

Market volatility and supply chain disruptions are changing growers’ purchasing behavior. “Nearly 30% of large farmers say that brand loyalty is less of a priority when selecting farm equipment than it was 5 years ago,” according to the survey.

Growers want value, continuous improvement using new yield-increasing products and technology and they’re willing to experiment with new offerings. Survey results also show medium and large growing operations adopting trends including automation, robotics and other technology at higher rates, with smaller farms reporting they plan to adopt these trends in the next 2 years.

“The supply chain challenges are so daunting, it’s having two monster impacts. Startups are doing away with just-in-time inventory strategy for key components, significantly raising their capital requirements. At the same time, growers are evaluating things they didn’t really think hard about implementing until the supply chain challenges got this bad,” Western Growers’ Vice President of Innovation Walt Duflock says. “Pick your favorite channel, bus, train or plane, the cost of getting stuff across country has more than tripled in some cases, depleting capital investment in all types of innovation.”

Cost and optimizing their limited available labor determine which applications they choose to mechanize. “So a weeding robot may work better than a spraying robot depending on the availability of a weeding crew and drivers, and factoring in today’s reality that many are H-2A crews with significantly higher housing and logistics costs,” he adds.

Major players in the equipment space are developing the technologies internally or purchasing startups to bring the development in-house. Examples include CNH’s acquisition of Raven technologies and John Deere’s joint venture with GUSS and acquisitions of Blue River Technology, Bear Flag Robotics and others.

An AEM precision ag study reports integrated guidance systems and connectivity approaches 90% adoption, while planting and crop protection technology is used by about 50% of farmers, with a high of 82% of users collecting data.

Most tractors over 200 horsepower are delivered with factory GPS integrated into the display and some automated solutions. “Integrated GPS technology has become essential for groundwork, planting and even harvesting applications,” says Grant Garton, of Garton Tractor, a 10-store New Holland and Kubota dealer in Northern California and the Central Valley. “This allows our technicians to use existing service tools to plug in, calibrate, troubleshoot and make sure the customer is up and running as efficiently as possible. It also requires all technicians to be trained and knowledgeable about the onboard computer systems.”

Labor supply and labor intense expenses for planting, weeding, thinning, pruning, harvesting, spraying and irrigation, some of which can easily exceed 50% of total operating costs: 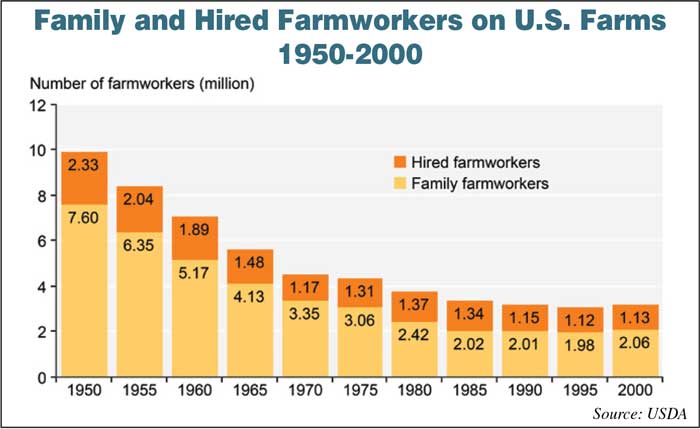 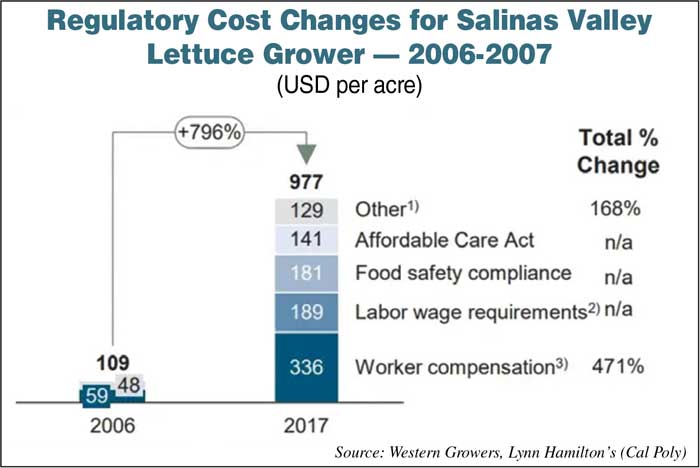 “Aside from initial planting, smaller horsepower tractors are still developing technologies for the orchard and vineyard markets we have out here in California,” Garton says. “This specialty crop technology is quickly developing, and I would expect automation on a large scale over the next 2-3 years.”

While familiar with integrated GPS guidance, Trembush says not all customers use it. Fewer use integrated precision ag features, which he attributes to California’s high-value, precision crop demands vs. large manufacturers’ core business that farms commodities like corn and soy.

“The hard piece about the high-value crops is that there are so many that are farmed differently that  coming up with a solution is very difficult,” Trembush says.

What do growers ask for? They’re interested in mechanizing high-value crops like orchards and fruit, Trembush says. “We’re kind of stuck not seeing automation in small tractors because there’s no GPS access under the canopy of trees. Grape harvesters have a direct view but without GPS service, autonomous specialty crop equipment navigates based on tree detection.”

Garton says impacts of autonomous technology could be substantial for the dealership workforce. “I see one of the biggest challenges being able to recruit top technicians who are familiar with not only equipment, but also the technologies integrated into the new tractors we have today,” he says. “Recruiting highly skilled technicians has been a struggle for many years in this industry, and I see the ever-quickening pace of technology integration from the manufacturers as another complication dealers will have to overcome.”

Duflock says today’s driverless tractors are premature for specialty crops. He thinks the Midwest will be first adopters because there are “fewer things and people to bump into, you could let a tractor there go for days autonomously and it would hit nothing.” The Midwest corn and soy states will deliver the data to justify the safety of autonomous tractors that Cal/OSHA demands. Meantime, he says mechanizing California’s specialty crops should focus on weeding, then planting, then harvesting.

“California may have just handed thousands of jobs down to Arizona because all the scale, all the production, all the testing, all the build-out is going to happen in the Phoenix and the Yuma Corridor, not in the Silicon Valley or the SoCal Corridor, even though California does a lot of the R&D,” Duflock says.

Since testing and manufacturing autonomous tractors and other self-propelled equipment is still in its early phases, he expects it will closely follow the path of autonomous vehicles (AV). Dezbah Hatathli from the Arizona Department of Transportation says state AV rules currently would only apply to equipment driven on-road.

The state of Arizona limited AV regulatory barriers in a series of executive orders issued from 2015 through 2022. The state permits semi- and fully autonomous testing within its borders. A 2018 requirement to have a safety driver present in AVs was eliminated with remote monitoring of the autonomous driving system.

If California’s chilling policies continue, growers warn the impact will be severe. At a May 6, 2022, meeting in Visalia, Calif., more than 350 San Joaquin Valley farmers, business owners and local elected officials told legislators and California’s Secretary of Agriculture Karen Ross the state’s environmental policies and inaction on water supply resulted in the loss of 1 million acres of the country’s most fertile farmland. A new University of California Merced report shows combined revenue losses of $3 billion in crops and $5.9 billion in food processing for 2021 and 2022. It’s also reported that for every 1,000 acres of production acreage fallowed, 250 jobs go with it.

Arizona’s windfall in the innovation space could be short-lived. A surprise win by Katie Hobbs in November marks the first election of an Arizona Democrat Governor since 2009. It’s unclear whether Hobbs’ party affiliations from California and Washington D.C. will overflow into Arizona policies, but she welcomed the “historic” endorsement of labor unions representing 50,000 union workers.

Under U.S. Department of Transportation (DOT) Secretary Pete Buttigieg, DOT issued a 2021 mandate for all state departments of transportation and AV stakeholders to submit crash reports and information on incidents to identify safety concerns and risks in the autonomous driving sector. In January 2022, Buttigieg called for federal AV regulations, citing “complicated — even philosophical — questions about safety, equity and our workforce.”

Should Hobbs back progressive policies, “the entire autonomous space, including ag, could slow down by years and someone else will have to pick up the slack,” Duflock says. “Growers will not be able to get autonomous tractors and [self-propelled equipment]. Nobody will be able to move as fast because it’ll be prohibited activity without a variance.”

He anticipates over a 5-year time frame, autonomous R&D would probably go to one of two places outside Arizona, west of the Mississippi, that could provide what Ducey has done in Arizona, potentially New Mexico, Utah, Colorado or Montana.