As the ag equipment industry faces a variety of challenges, such as new equipment shortages and rising interest rates, some in the industry are wondering which factors are impacting equipment purchase plans for next year. 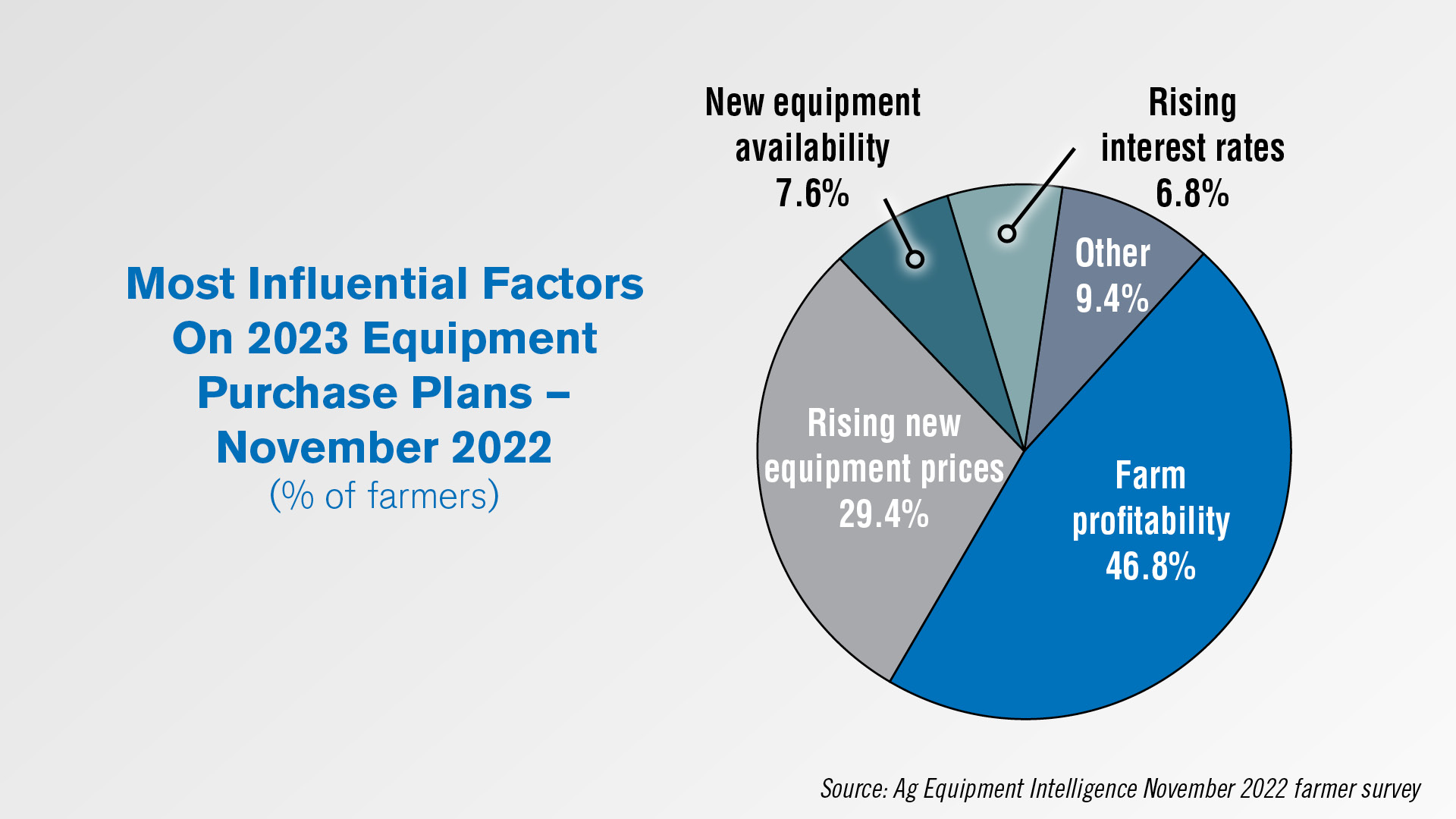 According to the survey, the most common deciding factor is farm profitability, which 47% said was their top factor. Rising new equipment prices followed at 29%. At just 6.8%, rising interest rates was the least selected category. 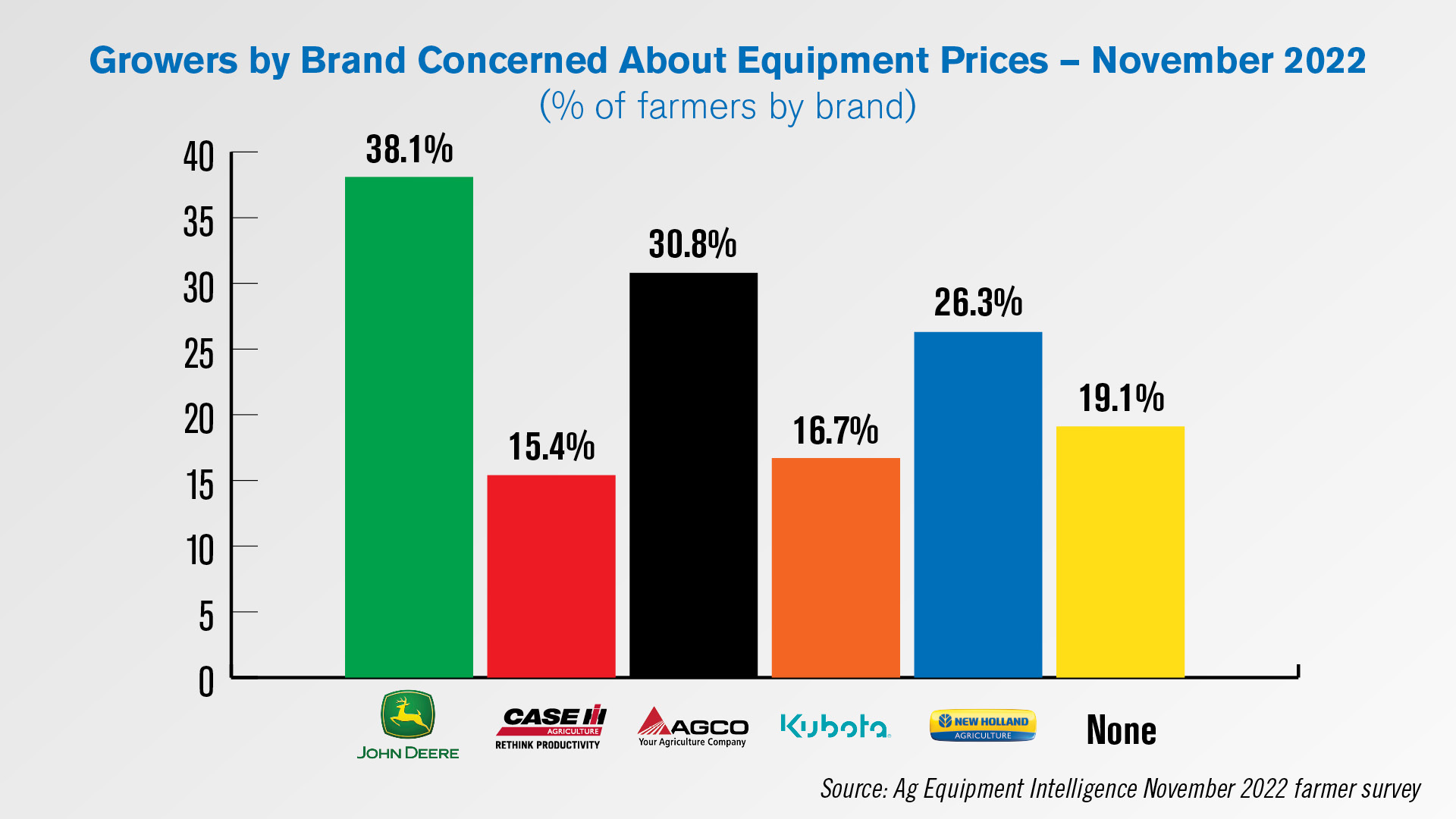 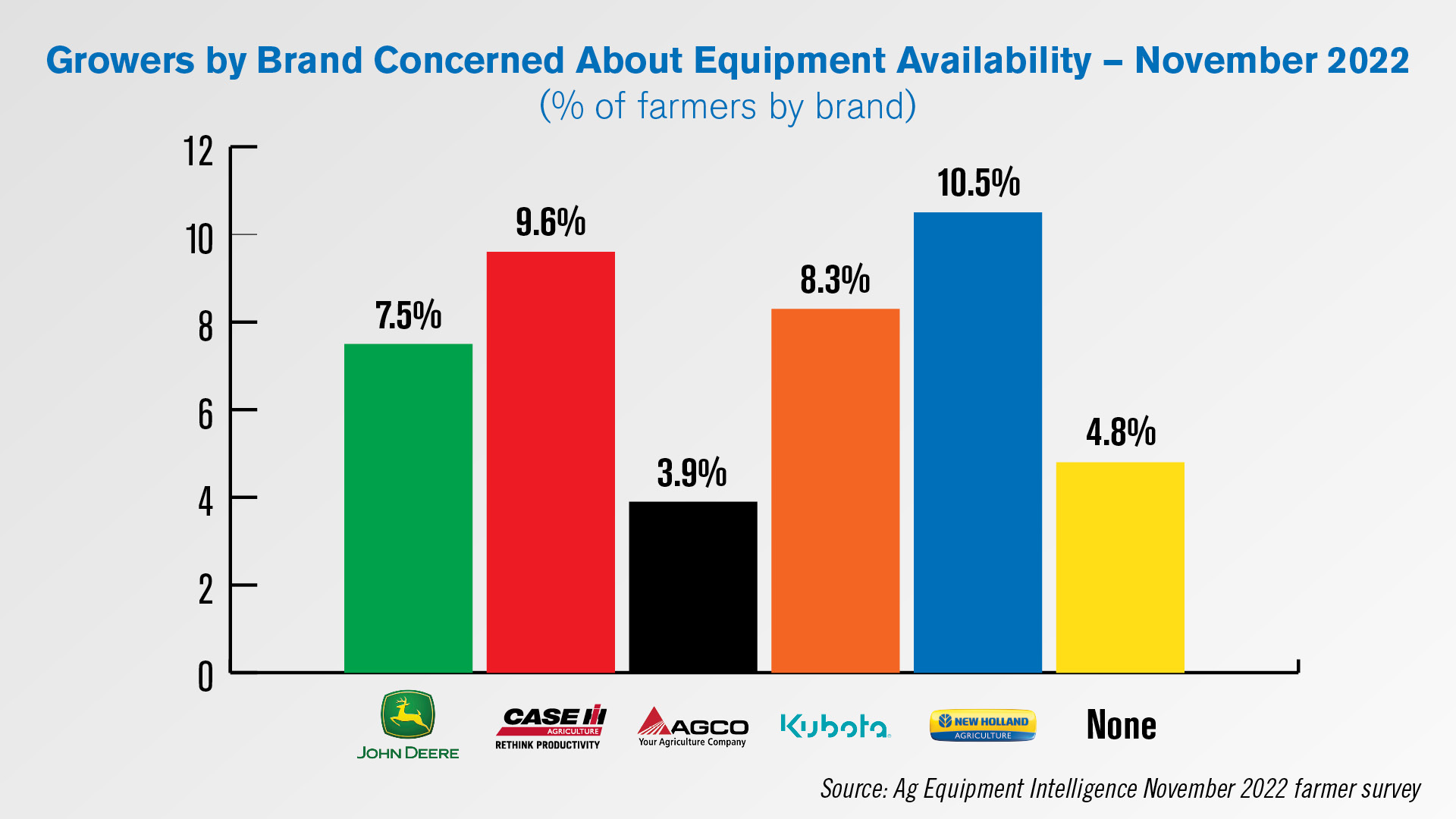 This week’s Dealers on Move include JLD-Laguë Group and Empire Southwest.

Precision Planting’s new sprayer technology ReClaim is officially available to buy in the U.S. and Canada.

We first learned about the product about a year ago at the company’s annual winter conference.

ReClaim is a boom recirculation system designed to make sure farmers get their boom fully primed with the right concentration of products without having to spray a drop of chemical on the ground, eliminating crop damage and hot spots at the edge of the field.

Precision Planting Marketing Specialist Andrew Feucht gives us a look at ReClaim, and two other sprayer products in the pipeline.

“This (ReClaim) is a retrofit product you can add to any sprayer. Another nice feature is you can do this with traditional nozzles you don’t have to have electronic nozzles for this system.

“Another product we’re showing here is Symphony. It’s a PWM controlled nozzle system. The idea behind this is to maintain droplet size and pressure as you change speeds and rate so that we always get a consistent pattern on the crop.

“Finally we’re looking at Vision, and this is probably the farthest product out as we look at the pipeline. What we’re looking at here is adding cameras to sprayers to do anything from guidance to weed detection to crop health detection. Hopefully adding the see and spray type technology to sprayers in the future.”

A limited number of ReClaim products will be available this fall at Precision Planting dealers in the U.S. and Canada. 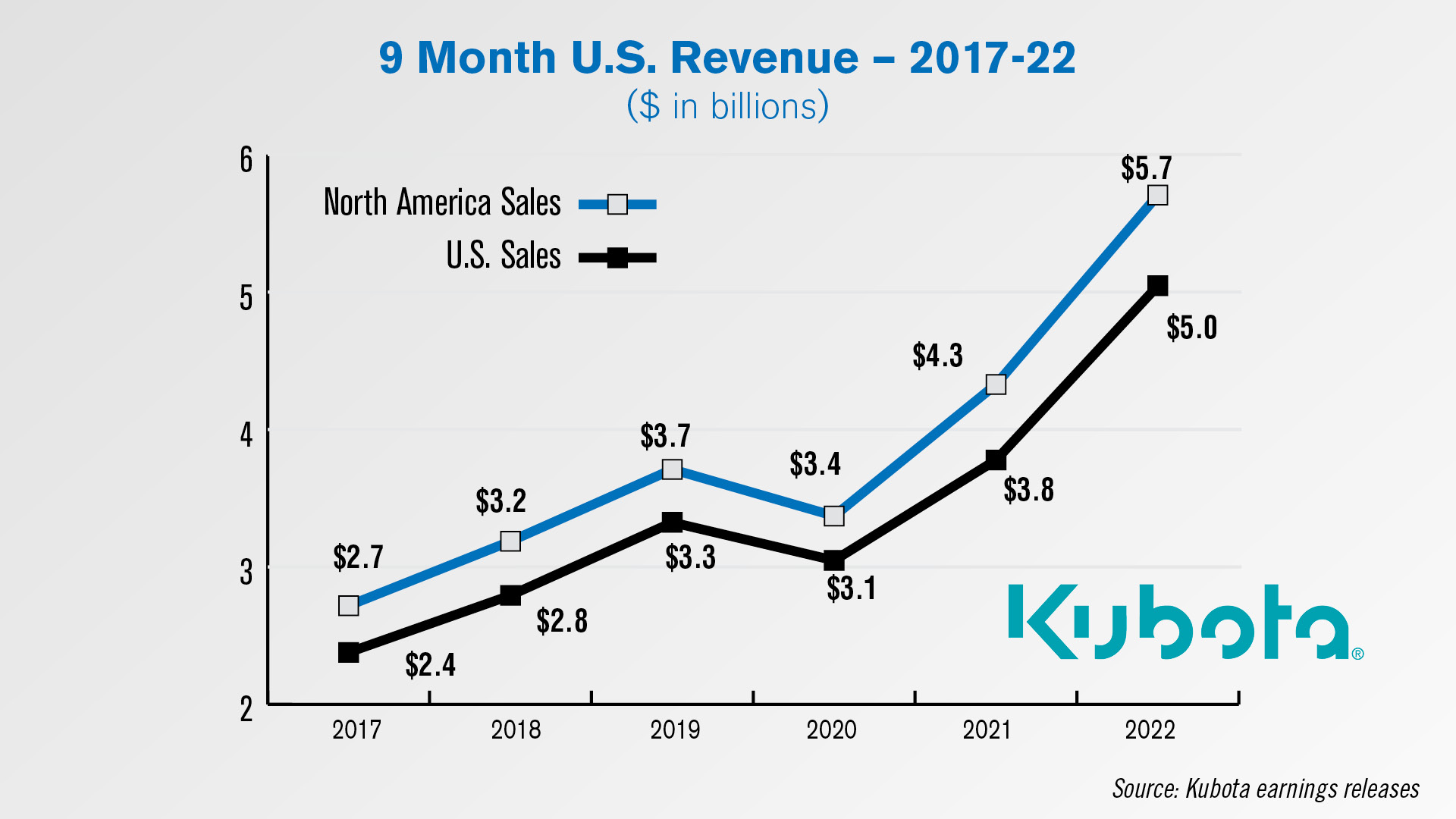 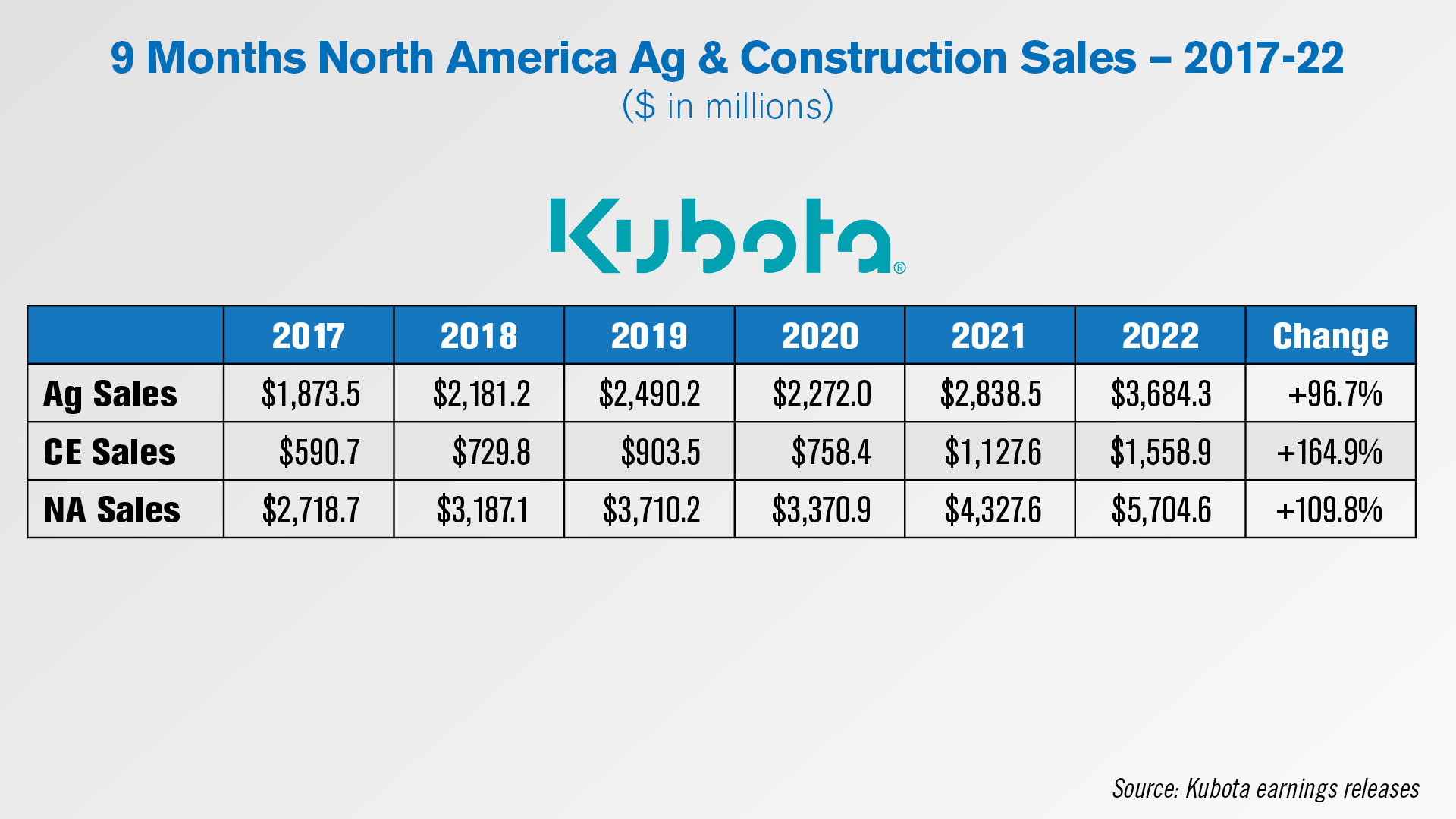 According to a new custom research report from AEI, most industry watchers say the state of autonomous technology in agriculture is between Level 3 and 4 autonomy. In Level 3, the machine operates totally independently with only human observation, and in Level 4 the operator is able to automate end-to-end workflow.

Scott Shearer leads efforts at Ohio State University’s Food, Agricultural and Biological Engineering department, said the labor shortage is a number one issue in agriculture and the industry is responding. He gives the example of a co-op manager he knows switching to autonomous machinery to fill gaps in his floater drivers.

“As co-ops and large farming operations begin successfully using autonomous machines, growers will be exposed to Level 4 autonomy in action and likely will become more comfortable as other applications of Level 4 capability are introduced,” he explained.

When asked why they would be interested in autonomous equipment, 54% of growers said labor concerns and the ability to use lower-skilled labor were the most important. Half of those responding said they want smaller, lighter equipment to reduce compaction in their fields, and 45% say they would turn to autonomy to improve the precision use of inputs. 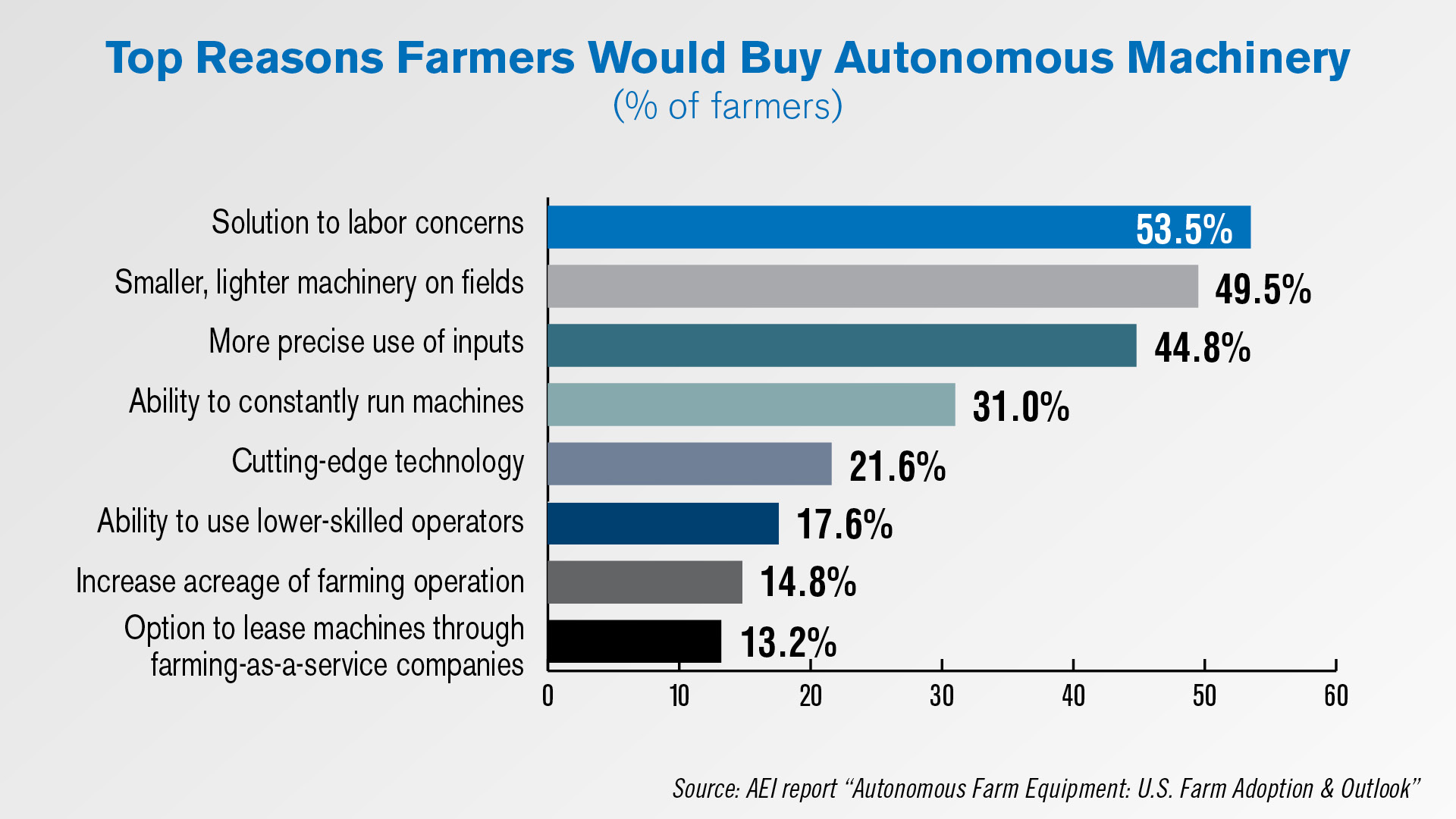 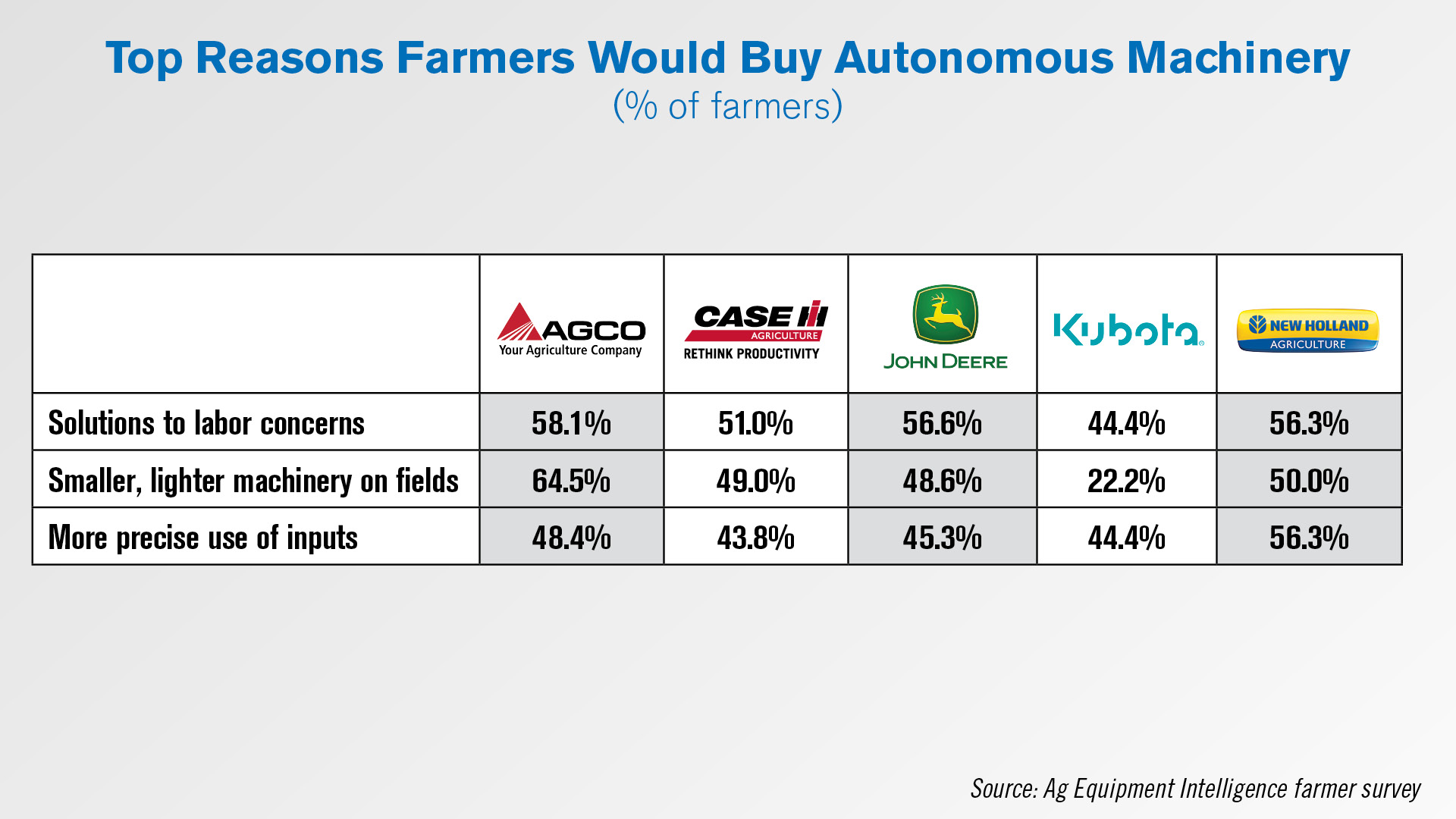 This week’s DataPoint is brought to you by Ag Equipment Intelligence’s 2023 Executive Briefing. 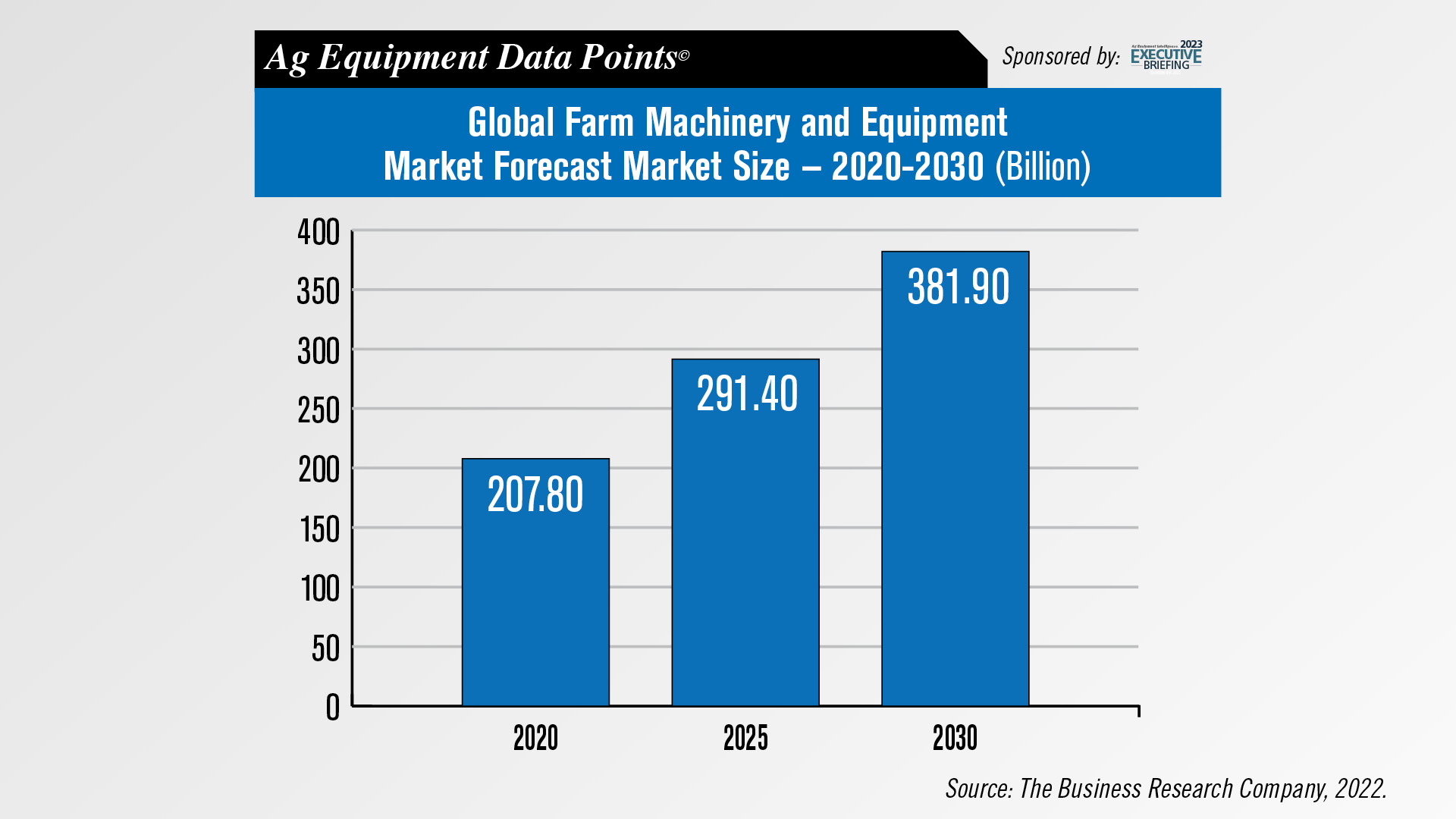 Which OEM Leads in R&D Spending?