In this week's episode, industry insiders tell us John Deere dealers are currently testing new Deere-branded strip-till rigs. In the Technology Corner, Noah Newman talks with Skip Klinefelter about Linco-Precision's acquisition of Dairy One Cooperative's precision farming assets. Also in this episode: what alternate power sources do farmers see as the most viable and dealers are expecting higher price increases in 2023 vs. 2022. 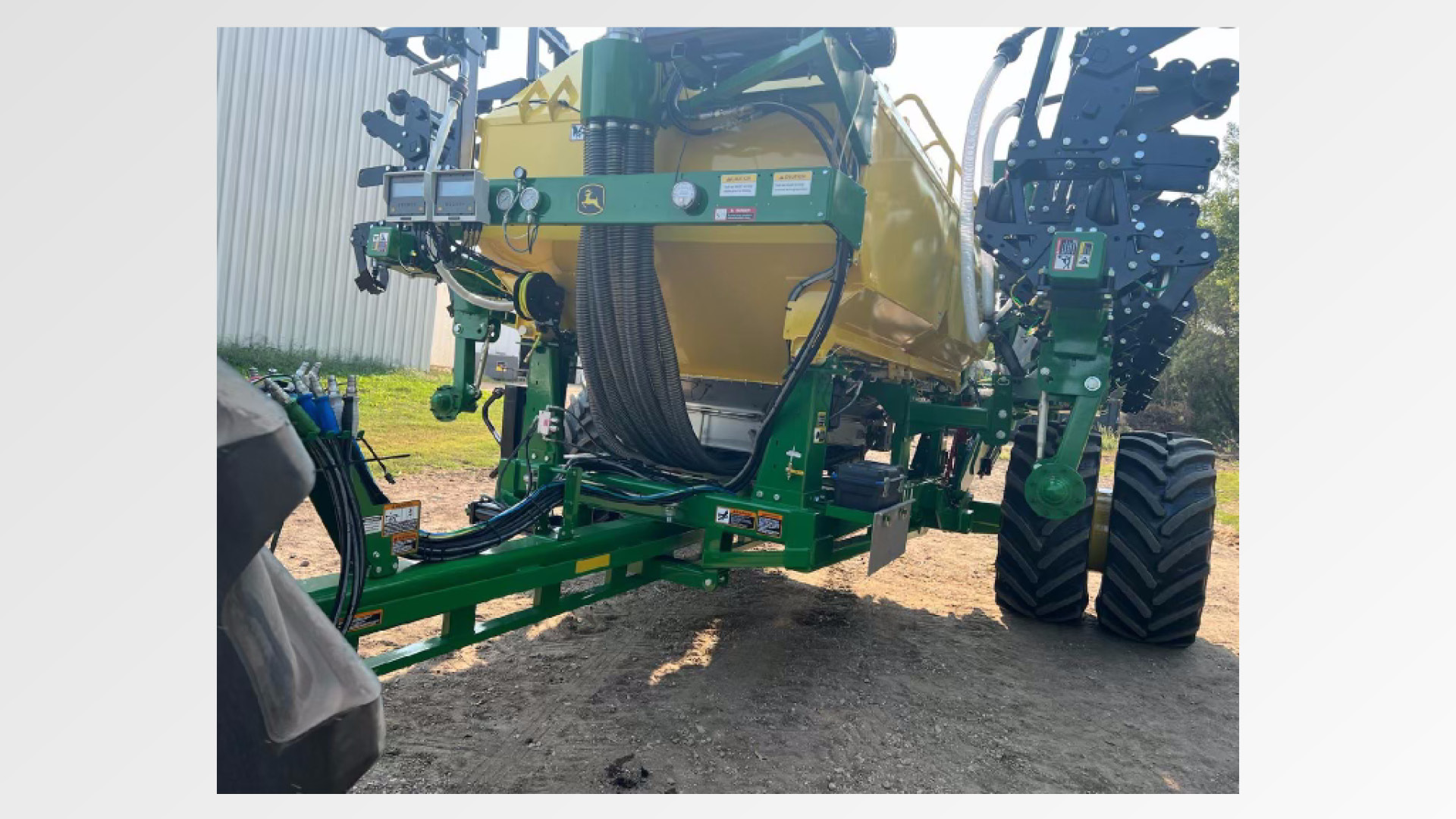 One industry official told AEI he was surprised that the agreement involved ETS instead of Orthman, which has a decades-long history of production and licensing agreements with John Deere.

Another industry official AEI spoke with noted that perhaps a newer machine — the 2510S is 10 years old — may signal a legitimization of the strip-till practice but may also indicate that Deere is becoming more responsive to trends, even when machine volumes are not as high as core markets.

One John Deere dealer did confirm with Ag Equipment Intelligence they would receive a John Deere strip-till rig for 3 weeks sometime in mid-October to test on farms. John Deere has a media event scheduled for Oct. 28 in Davenport, Iowa, where the company says it will showcase the latest “tillage tools and precision ag tillage technology with a focus on conservation tillage tools and techniques” and will reveal a new product.

This new unit would replace John Deere’s previous strip-till rig, the 2510S Strip-Till Residue Master Applicator, which was introduced in the late 2000s. John Deere did confirm in a statement to Ag Equipment Intelligence that the 2510S had been discontinued in 2021. 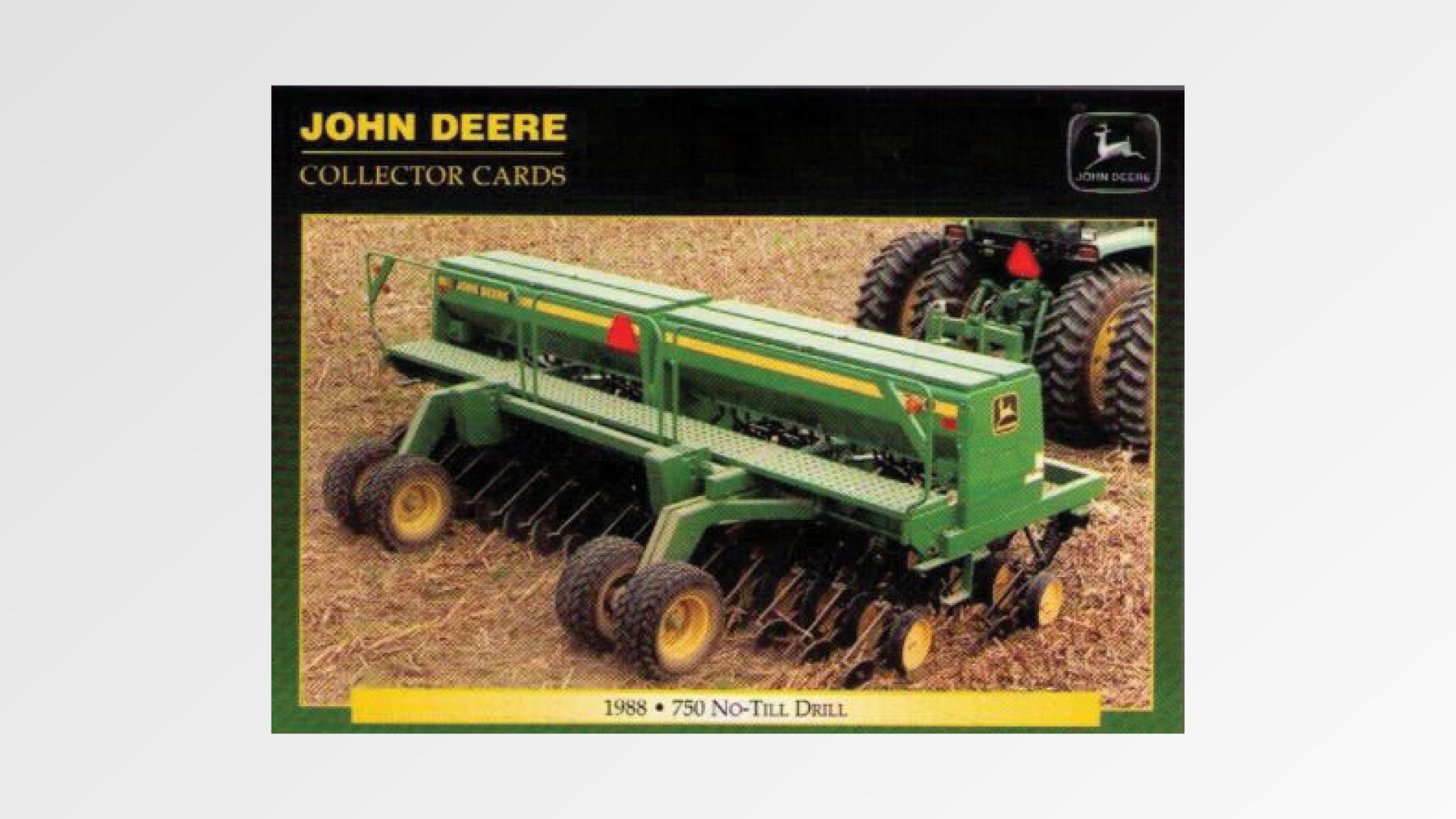 Deere’s growing presence in the strip-till market could serve to “legitimize” the practice for many growers who might be skeptical of its benefits. A similar phenomenon occurred in 1985, when John Deere launched its 750 no-till drill. According to a report from No-Till Farmer, “The innovation [of the 750] is said to have done more for no-till than any other no-till equipment development in history and confirmed that John Deere accepted no-till is here to stay.”

Both John Deere and Environmental Tillage Systems declined to comment on this story.

This week’s Dealers on the Move include H&R Agri-Power and Kitsap Tractor & Equipment.

Independent dealer Linco-Precision, based in El Paso, Illinois,  has purchased the Precision Farming assets of Dairy One Cooperative, based in Ithaca, New York. Linco-Precision works in 12 Northeastern states and partner with growers and retailers across Illinois, Indiana, Wisconsin, Missouri, Ohio and now New York.

We caught up with Linco-Precision owner Skip Klinefelter for the inside scoop on how the deal came together.

He tells me it started with AMVAC’s SIMPAS and Smart Box precision application technology, which we covered in the previous edition of Technology Corner. Linco was granted one of the first licenses to handle those SIMPAS products, and they sold three-times as many as the second highest selling dealer in the kickoff year.

In recent years, Linco-Precision developed a strong relationship with Dairy One Cooperative. Dairy One’s people became interested in SIMPAS products. Linco ended up getting a license from AMVAC’s distribution partner Trimble, to sell SIMPAS in Dairy One’s neck of the woods. So naturally, Linco and Dairy One got together, and after multiple conversations, Linco ended up purchasing their precision farming assets.

“They are a digital company. They handle a lot of data with milk testing, and soil testing and things. Once we got through with all the discussions on what we thought the synergies were, we ended up purchasing their precision farming arm.

As we sell products that develop and generate data, the plan is for Dairy One to be able to crunch that data for their customers and for us to handle the hardware and support for those products.”

We also asked Klinefelter, “What kind of challenges come with managing and servicing from afar?” Thanks to Zoom, Facetime, and everything else we can do with our phones and computers, it’s easier than you’d think.

“Also a lot of the screens today, on the technology side, we can grab those digitally, and walk people through issues and problems. And some customers really are not comfortable with pushing buttons while they’re zooming you on the phone, and other customers hope you do it that way partially because it gets you to them hours sooner sometimes. And if they understand their technology and what buttons to push when you ask them to, they get back up and going a tremendous amount quicker than somebody having to drive there and somebody having to drive back, and it’s less expensive for them too.”

Learn more about Linco-Precision’s expansion during our full conversation with Skip Klinefelter, later this month on the Precision Farming Dealer Podcast.

Amid global political and regulatory pressure to reduce greenhouse gas emissions — mainly carbon-based gases — manufacturers of heavy-duty off-road equipment used in agriculture, forestry, mining and construction are scrambling to provide customers with the equipment capable of the tasks at hand, while addressing growing calls to totally decarbonize the industry over the next 30 years. Ag Equipment Intelligence’s just released report — Alternates to Fossil Fuels in Farm Machinery .. Overview & Outlook Through 2027 — explores the market potential for these fuel sources .

When asked about the potential product mix of diesel-powered equipment and machines powered with alternatives, JCB’s Graham avoided percentage predictions. But he did say “the mix will definitely have shifted significantly toward alternative energy sources within the next 5 years.”

If farmers have anything to say about it, however, renewable diesel and ethanol will both be fuels of choice if compliant equipment is available to burn them. In a joint text poll by Ag Equipment Intelligence and Farm Progress in July 2022, growers were asked about their choice for an alternative fuel as regulators seek to eliminate carbon emissions from diesel-powered equipment. 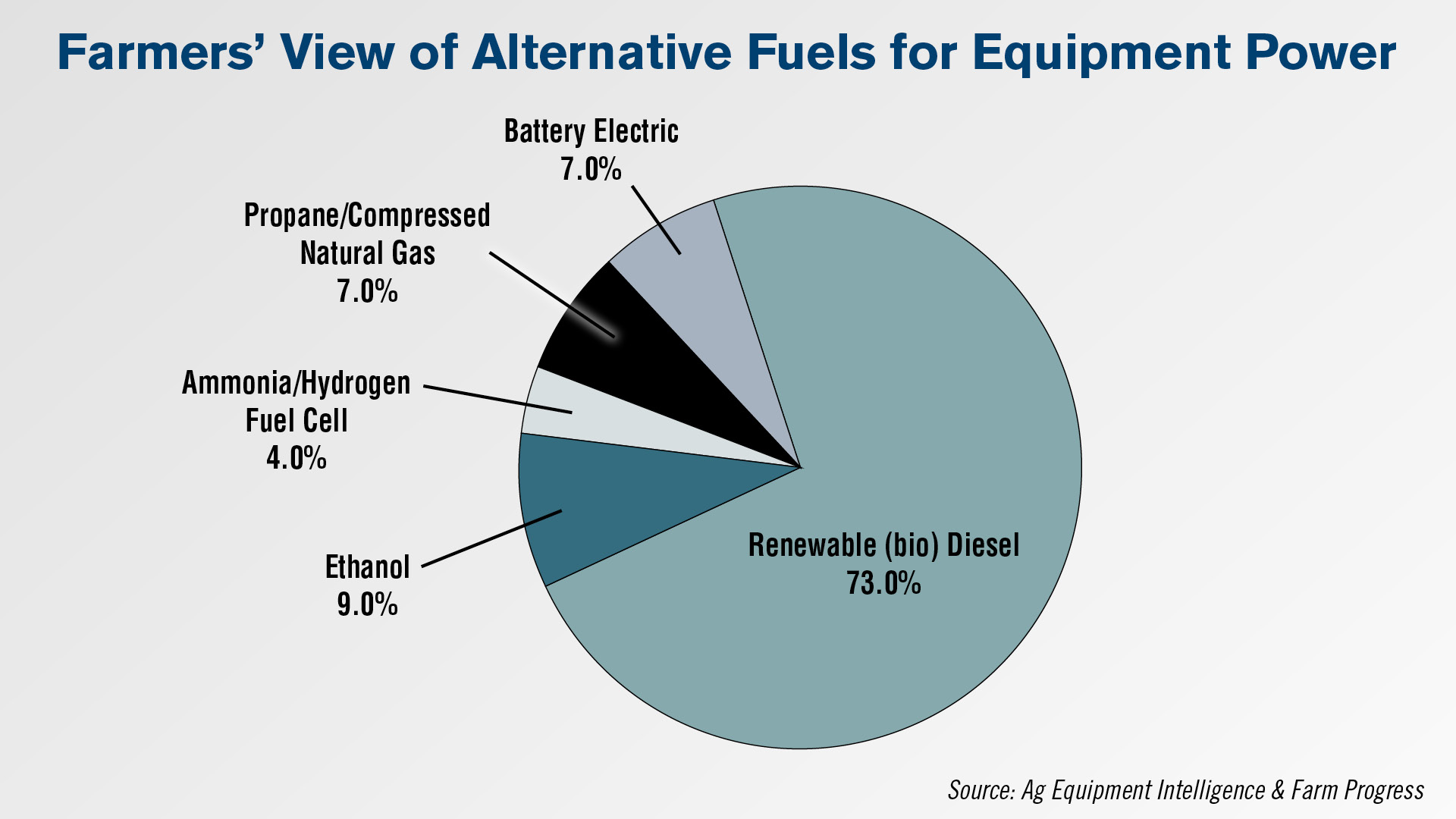 An overwhelming 82% threw their support behind renewable diesel and ethanol as their immediate choices of “decarbonized farm fuels.”

Similarly, farm equipment dealers across North America who were surveyed in AEI’s primary research for this report in August 2022 indicated similar thinking.

The full report is available for purchase through AgEquipmentintelligence.com

According to Ag Equipment Intelligence’s 2023 Dealer Business Outlook & Trends Report, a little over 96% of dealers forecast a price increase from their mainline supplier next year, down slightly from 99% last year. However, among dealers forecasting an increase, more bet on a higher increase than last year. 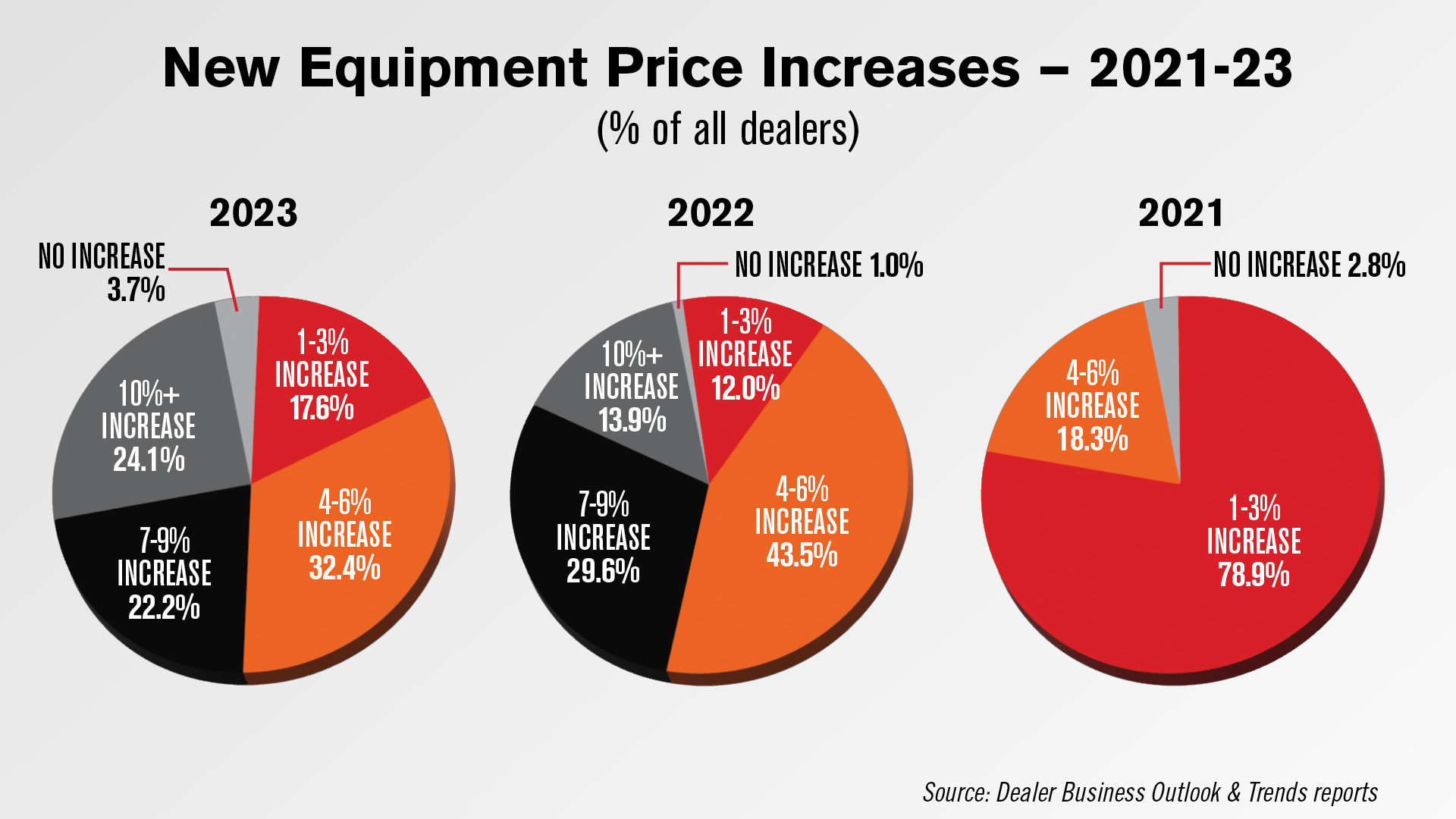 Otherwise, the 4-6% and 7-9% increase categories saw declines in the percentage of dealers selecting them. Forecasted price increases remain well above levels seen for 2021, when no dealers forecast either 7-9% or 10%+ increases from their OEMs.

This week’s DataPoint is brought to you by Ag Equipment Intelligence’s Executive Briefing. 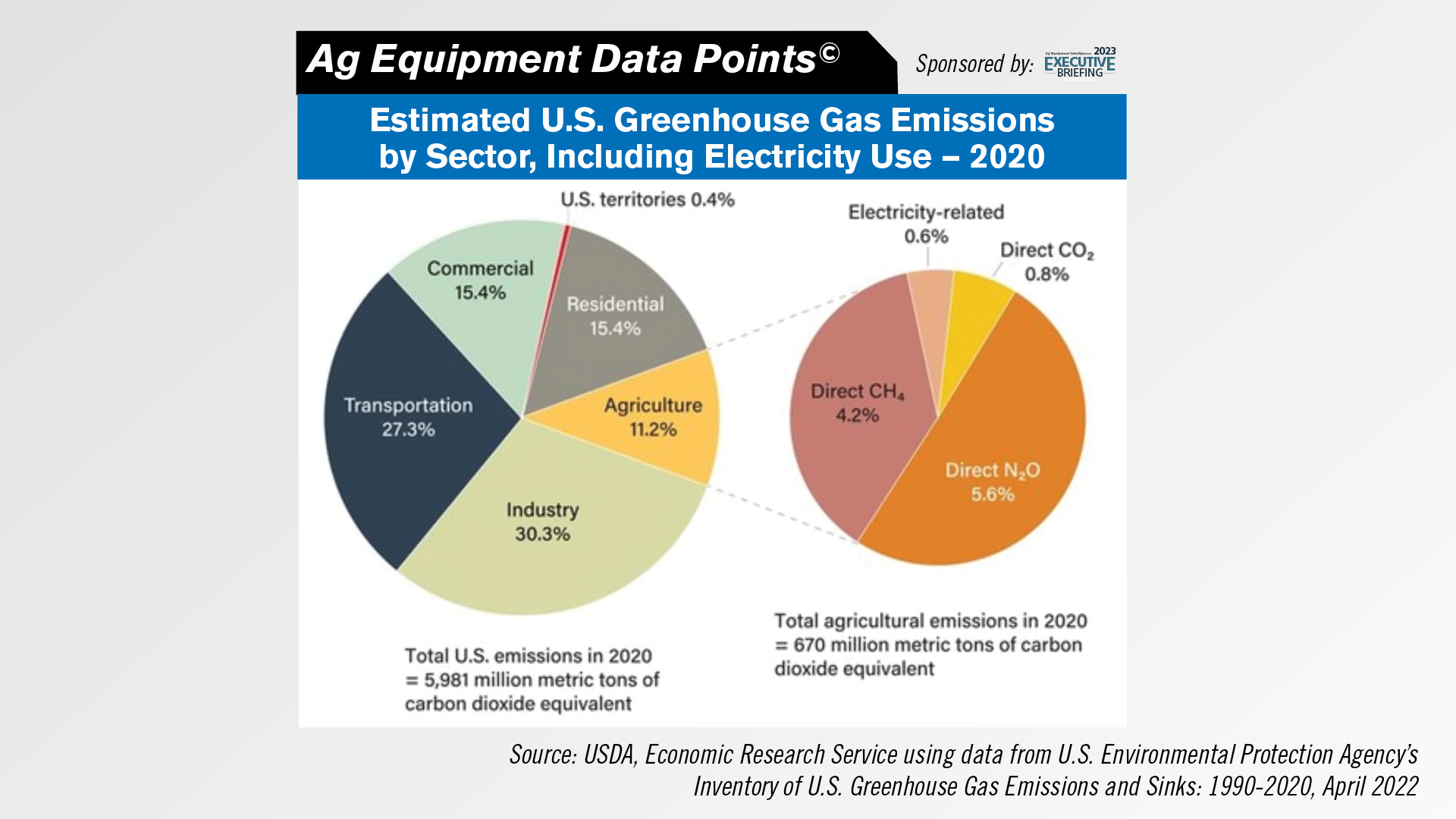