When Craig Murray became the aftermarket director for Heritage Tractor in 2016 the John Deere dealership had 9 stores. Just 3 years later they added 15 more locations across Missouri, Arkansas and Kansas.

Murray knew the Baldwin City, Kan., based operation needed a way to keep up with an expanding customer base, especially in the Kansas City area where they complete a lot of small ag/turf transactions. Heritage found a solution in the form of service estimate texting, using MODERN’s text messaging platform as the source. 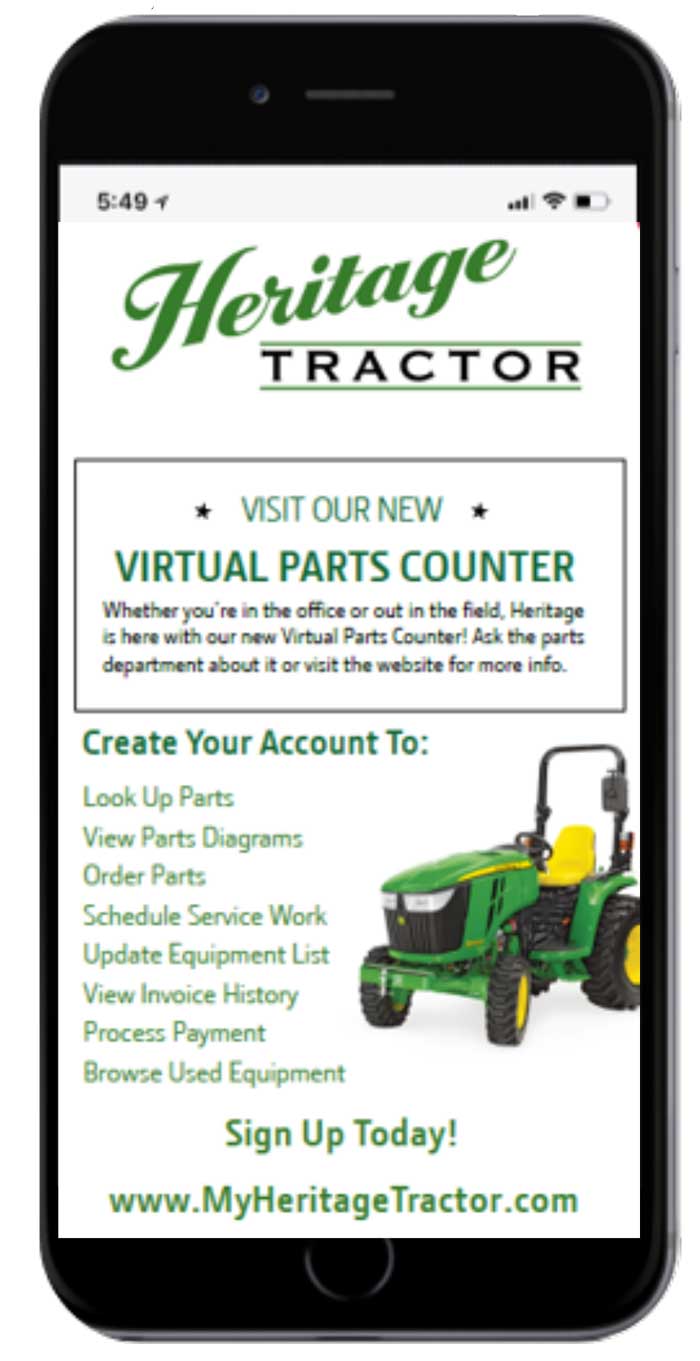 Some 8,000 transactions have been completed this year through the Heritage Tractor’s virtual parts counter, a customer portal application built by Sedona.

Not all customers are fans, with some preferring a phone call or face-to-face interaction, Murray says. Keeping that in mind, Heritage doesn’t require employees to use MODERN, although one-third of its locations are currently choosing to do so.

“Our highest performing, most profitable and well-managed service department locations are using MODERN. And they’re using it extensively,”he says.

When MODERN was acquired by Caterpillar in August 2021, Murray worried that Heritage would lose access to the application (similar to what occurred for many dealers when John Deere acquired AgriSync in late 2021). That never happened, but the acquisition did create a roadblock for a solution to a lingering issue.

“The downside is that MODERN is not integrated with our John Deere business system,” Murray says. “That means the service departments that are using MODERN have to use it as an additional application, which creates a little bit of a challenge for them.

“We were hoping we could talk Deere into integrating it with their business system. We were encouraged by some of the conversations with them, but as soon as Caterpillar got involved, those conversations stopped.”

From the service department’s perspective, improved documentation of customer interactions and reduced phone calls have been the biggest difference makers with the texting application, Murray says.

“Our highest performing, most profitable and well-managed service department locations are using MODERN…”

Instead of creating a new portal from scratch, Heritage chose the already established Sedona solution in 2017. The decision has paid off. Some 8,000 transactions were completed on the portal in 2022, Murray estimates, with customers having 24/7 access year-round.

“You’d be surprised at some of the times our customers place orders on the portal, many of them late at night.

“The portal also gives customers access to our entire inventory. That’s significant. They can see who’s got a part and go pick it up at that location.”

Stop by a Heritage store during the busiest month of June and you might see the parts counter 10 customers deep, Murray says. The portal offers a way for customers to avoid those lines by ordering and paying from the comfort of their home, which in turn frees up service employees to work more efficiently.

“I think it all ties into service,” Murray says. “If customers are ordering parts online, it gives our employees more time to focus on the service department at the highest possible level.

“If we can provide a great customer experience, we can really differentiate ourselves from some of the competition. And that’s what we’re hoping these two applications (MODERN and Sedona) allow us to accomplish.” 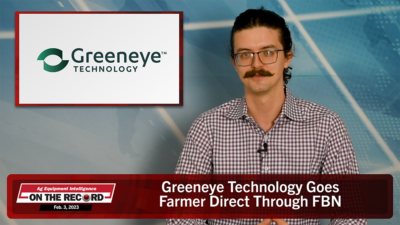