Agrievolution is a group made up of 15 ag equipment manufacturing associations and organizations that advocates for global agricultural mechanization and shares market information.

Whereas big double digit gains in strongly expanding markets are customary, such as in India and China which account for large numbers of tractor sales, the reported 13% increase in Europe is an “unusual result,” say Agrievolution officials.

Alessandro Malavolti, president of FederUnacoma, also called the Italian Agricultural Machinery Manufacturers Federation, said at a press conference earlier this summer that the unusually high gain in tractor sales in Europe is due mainly to the arrival of the ‘Mother’ Regulation. This regulation is a set of new machinery standards introduced this year by the European Union, which pushed manufacturers to offer special promotions at the end of 2017 for the sale and registration of their remaining stock before the regulation took effect. For instance, Italy saw a nearly 24% surge in registrations as a result. 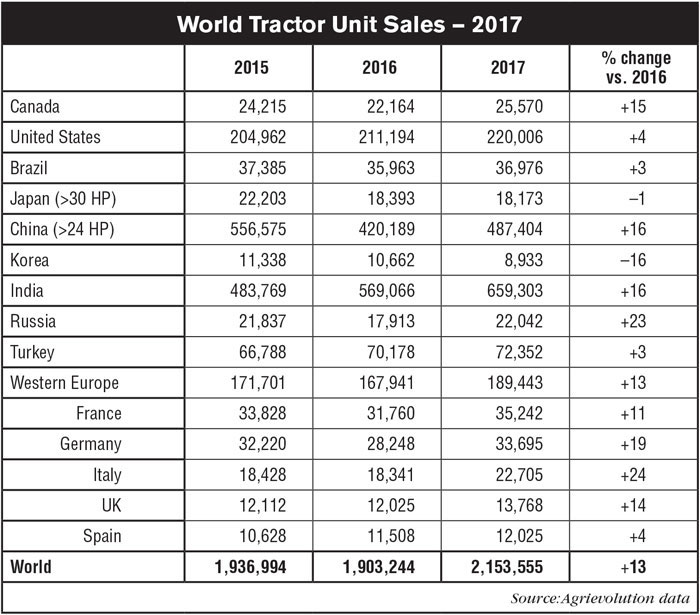