MILWAUKEE, Wis. — The latest global business climate index from the Agrievolution Alliance indicates that the majority of agricultural equipment manufacturers in the survey remain pessimistic about the sector.

The index shows a slight decline of 3 points from the group’s April report; only manufacturers in China and India are in a remarkably good mood, according to the Alliance’s latest Agritech Business Barometer Survey.

Agrievolution Alliance is a global network of the leading agricultural machinery associations representing more than 6,000 equipment manufacturers worldwide; it produces the survey in the spring and fall each year.

The Assn. of Equipment Manufacturers (AEM) serves as Alliance secretariat.

The survey results show that there is no clear future trend, at least not on a global scale. For example, compared to previous surveys, future expectations are further improved in Western Europe, but have declined sharply in Turkey.

In other findings of the latest Agritech Business Barometer Survey:

The Alliance produces a public version of its report, available at www.aem.org in Market Intelligence/Global Markets Resources. Alliance member associations provide a more detailed report to their member companies participating in the survey. 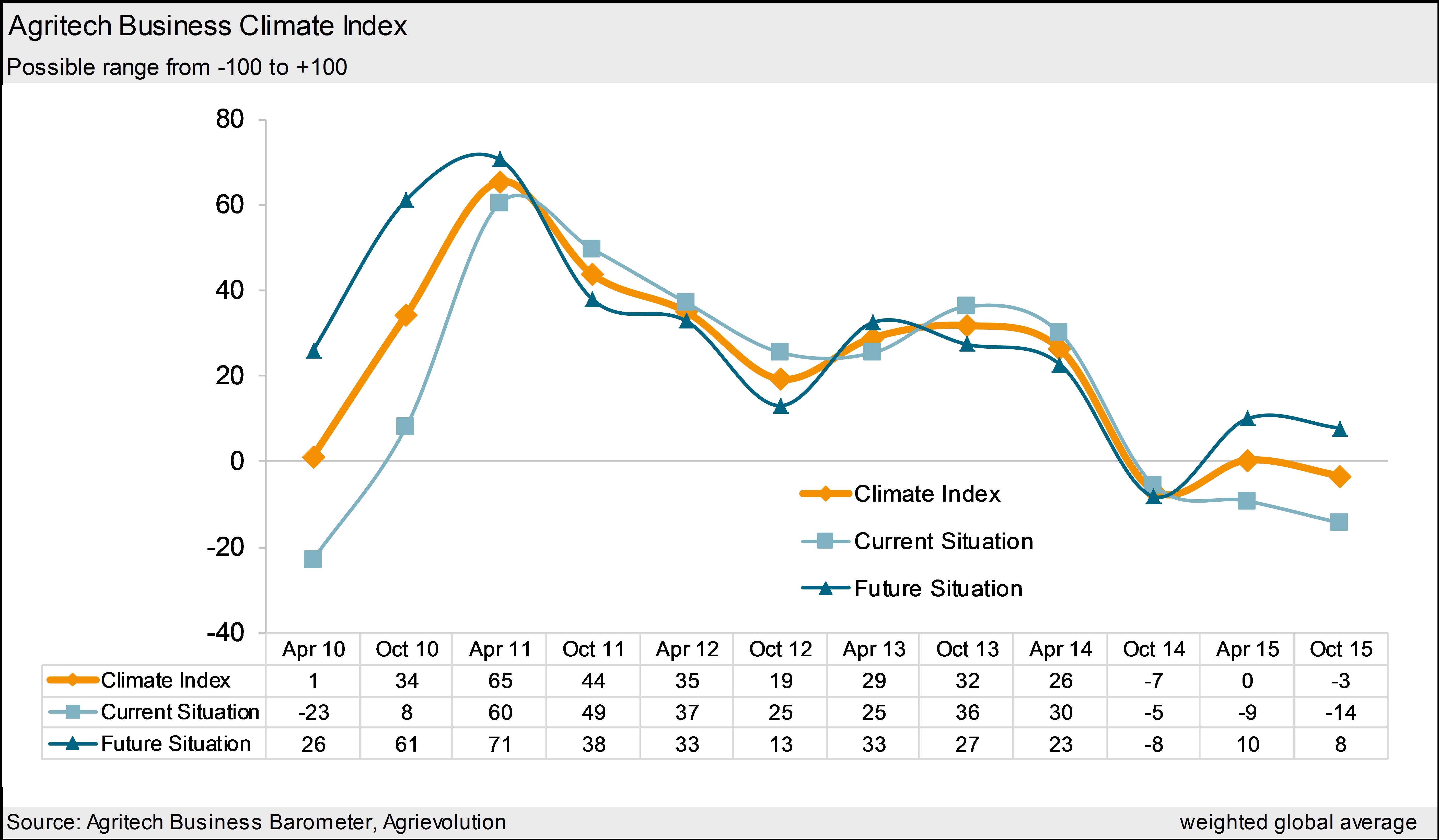