Wally was on hand in 2007 when Scott Supply received Farm Equipment’s Dealership of the Year award. He along with his sons Bob and John, the third generation owners of the dealership at the time, and grandson Chris the fourth generation of Scotts to own the dealership, accepted the award.

While he “officially” retired in 1980, Wally remained a presence at the dealership that his parents, Lewis Emmanuel and Clara (Emerson) Scott founded in 1915.

Through the summer of 2014, he was a familiar figure on his Cub Cadet rider lawnmower maintaining the Scott Supply grounds. 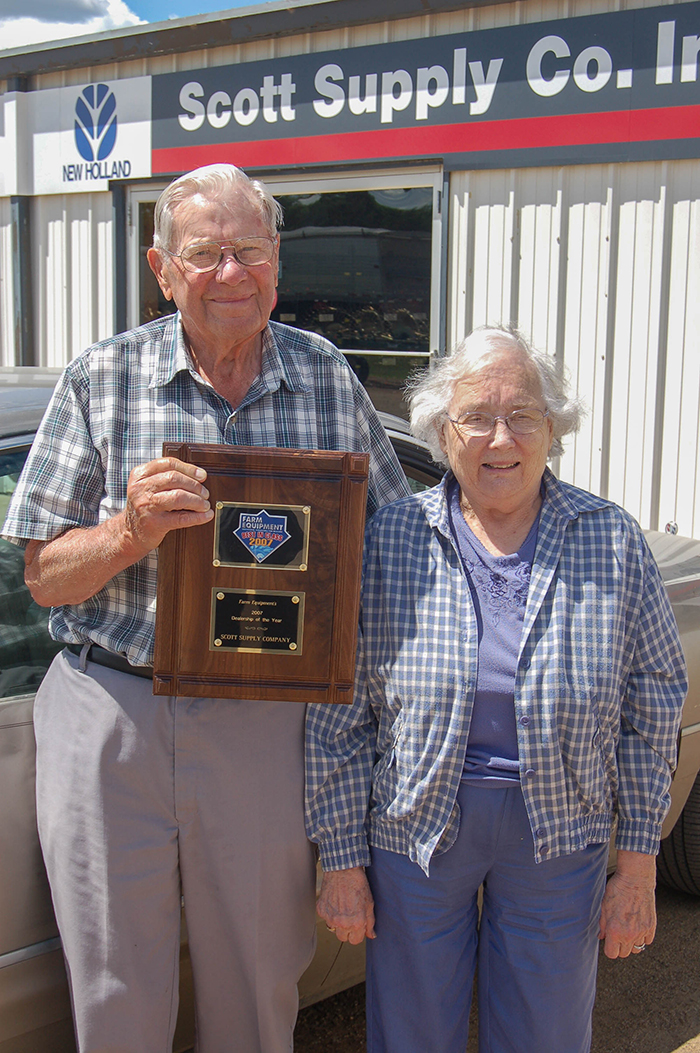 Wally Scott and his wife, Gladys, in 2007 showing off Farm Equipment's Dealership of the Year award.

The staff of Farm Equipment offers its sincerest condolences to the Scott family for the loss of its patriarch and wonderful friend.

More details are available at: http://www.bittnerfuneralchapel.net/index.php?pageID=1231_2&personID=1272&