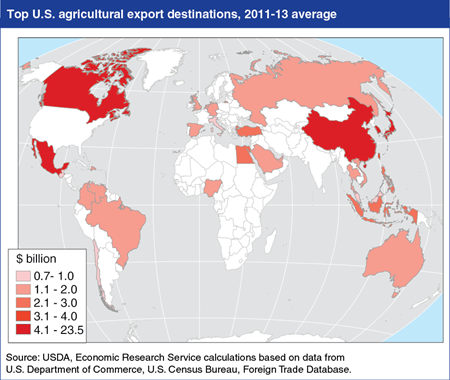 Most of the largest individual country markets for U.S. agricultural exports are in Asia and North America.

Canada (with 2011-13 average U.S. exports of $20.3 billion) and Mexico ($18.5 billion) are the second and third largest markets, with trade in a broad range of agricultural commodities aided by reforms introduced by the 20-year-old North American Free Trade Agreement (NAFTA).

Find this chart and more in Selected Charts 2014, Ag and Food Statistics: Charting the Essentials.