According to the Global Alliance for Agriculture Equipment Manufacturing Assns., ag machinery makers continue to express a high level of confidence in their prospects for increasing their ag machinery business.

Results of the latest Agritech Business Barometer Survey show that, in general, the perspectives on the agricultural machinery markets remain positive. Sales went up during the past 3 months in most markets compared to a rather flat development during the first half of this year.

On a global average, 45% of the manufacturers expect further growth of their turnover for the coming 6 months, while 37% anticipate their turnover to remain on the current level and only 18% expect decreasing sales. According to the survey, above average growth will occur in China, Brazil and Turkey for the next months, based on a higher order stock level.

Other findings of the October 2013 survey include: 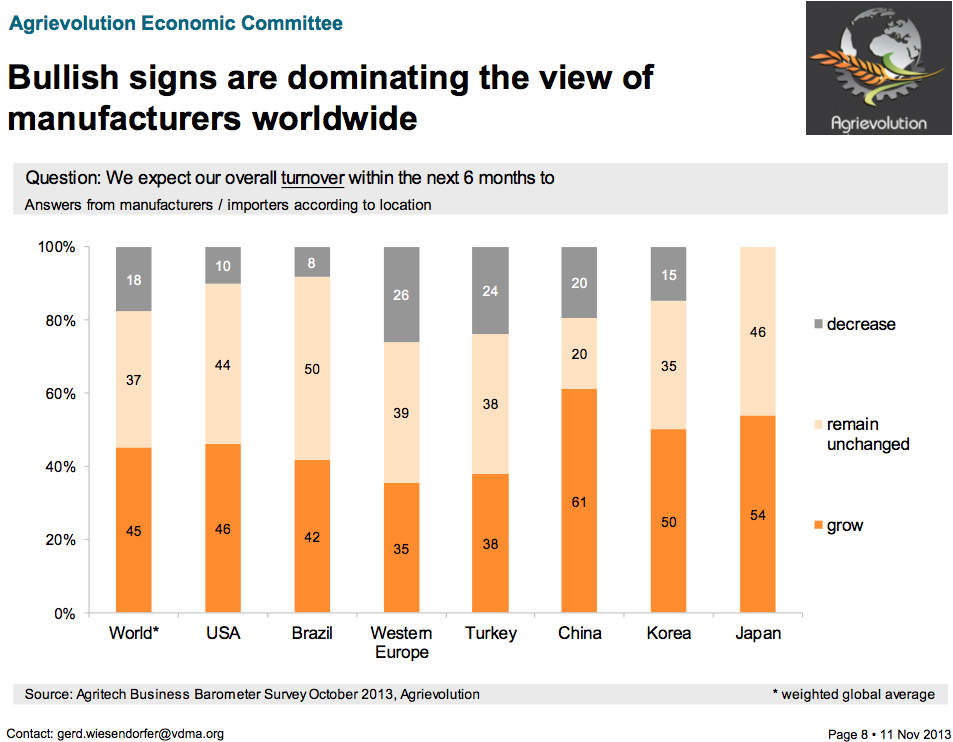 The Global Alliance for Agriculture Equipment Manufacturing Assns. was established in April of 2012 to facilitate collaboration within the agriculture equipment manufacturing industry among important agricultural regions of the world. It was launched on the shared belief that in today’s global agricultural economy, it is crucial that current issues and future challenges be viewed from a global perspective and be addressed on a global basis.

The Alliance has three areas of focus:

The Assn. of Equipment Manufacturers represents the U.S.