Danuser Machine Co. has experienced substantial growth over the last 3 years and as a result is expanding its plant in Fulton, Mo. The company was established in 1910 and still resides at its original location in Fulton. 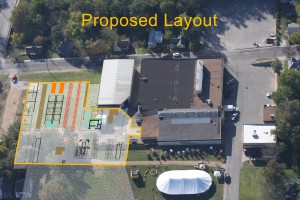 Fourth-generation sibling owners Glenn and Janea Danuser report, “We have strong roots in the Fulton community, and are very excited about our upcoming plant expansion. We have worked in partnership with Bruce Hackmann (FADC), several city employees, and the Fulton City Council, and we are thankful for the community support.”

Danuser has experienced substantial growth in the last three years and credits its market diversification and new products in expediting the rebound from the last recession. Glenn Danuser says, “There’s been a lot of excitement around our new attachment, the Hammer, a hydraulic post driver. We invite everyone to check out our newly redesigned website, www.danuser.com, to see our full range of Danuser products.”

Danuser currently employs 70 full-time employees. The average length of employment is nearly 15 years. A small second shift and overtime in several positions have run for one and a half years. In preparation for continued growth, seven new jobs have already been created. Another five to 10 new jobs are expected over the next 2 years.

Danuser chose Septagon Construction Co., Inc. as the contractor. Excavation started in July, and the building construction should be approximately nine months. A Butler Industrial Building, a steel frame and metal building, will add over 32,000 sq. ft. of manufacturing space. The addition will bring Danuser’s total square footage to nearly 110,000. Management reports this is phase one of planned future expansions.