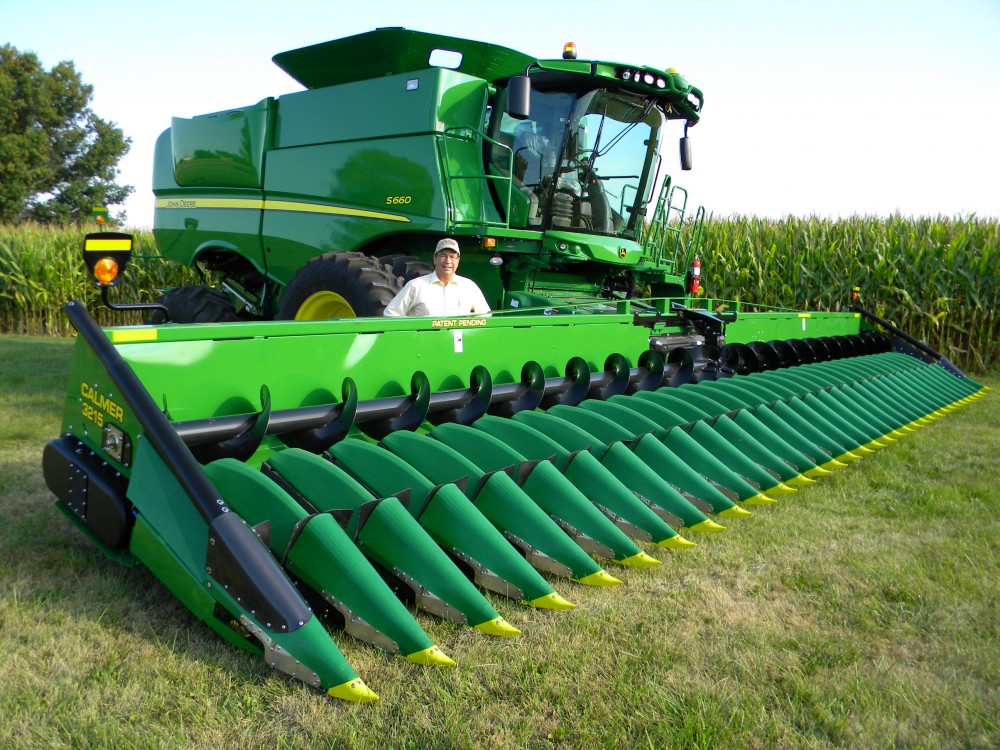 A  number of “World’s Firsts” have been displayed by Calmer throughout the years at the Farm Progress Shows. Some examples are:

Marion Calmer, through the non-profit Calmer Agronomic Research Center, has been involved in the research and promotion of narrow row corn since the early 1990’s – planting corn in 12-inch rows as early as 1994.  His experience demonstrates that equidistant spacing between plants improves light interception and yield potential while a denser canopy reduces erosion and weed control costs.