The Myth of Absorption Rate: Johnson Tractor's Not Buying It 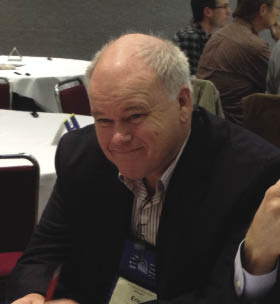 The priority placed on absorption rates originated as a defense against downturns, explains Eric Johnson, partner, Johnson Tractor, Janesville, Wis., but it has evolved since to be one of the primary metrics to measure the health of a dealership. He and his brother, Leo, say it’s used unfairly to decide winners and losers.

The Johnsons have a contrarian view on absorption’s “holy grail” and dismiss the argument that parts and service can support a business during a downturn.

The problem, he says, is that parts and service are not constants. “They aren’t immune to downturns and they have the same cyclical contraction and expansion as wholegoods,” he says. “If wholegood sales are down, parts and service sales will go down at basically the same rate.”

He backed up his argument by pointing to poor aftermarket sales during last summer’s drought as well as recalling experiences of the farm recession of the 1980s. If you believe in what is said about the importance of absorption, he says, tire sales would’ve increased because farmers weren’t buying new tractors. “No, the two went hand in hand,” he says. “When times are up, farmers buy tires like everybody. And when times are down, they’ll just keep running them longer and longer.”

Why is absorption so important to the major-line suppliers? Johnson explains that it’s the same theater as another questionable metric, market share. He believes that the majors’ motivation stems from a hypothesis “that a better absorbed dealer is willing to sell wholegoods at a nominal margin — because they’re able to sustain themselves on the parts and service.”

Johnson doesn’t propose that dealers go out and become “unabsorbed.” In fact, as seen through the Dealership of the Year program, the dealership maintains a high absorption rate that others would envy. But it’s only one metric, not an end-all, be-all.

Other metrics are just as important as absorption, if not more so, he says, citing return on assets, return on equity, available cash, recovery rate and inventory turnover. “Pick any of those and you can make a better case for assessing your dealership than with absorption,” he says.