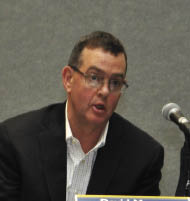 Titan Machinery Co. isn’t the first dealership group to become a publicly owned company. Other dealer groups in the farm and construction equipment and trucking markets include Cervus, Rocky Mountain Equipment, H&E, Toromont, Finning and Rush Enterprises. But when it comes to being aggressive in its expansion, few can compare with Titan Machinery. Today, the dealership group operates a network of 105 dealerships, including 2 outlet stores, as well as 13 European dealerships in Romania, Bulgaria and Serbia.

“Like many of you in the room, I started with a one-store dealership in the middle ‘70s, grew it to 6 store locations and then around 2000, I started thinking about exit strategies,” says David Meyer, Titan Machinery chairman and CEO.

He began asking questions about succession and how to take the company to the next level. At that point, he and his partner chose a path in which becoming a public company could later become a possibility.

“Why go public or why be a public company? The first thing that comes to mind is capital,” says Meyer. When I first got into business we had 2 years’ interest-free floor planning on equipment. It was apparent that this industry as a whole was undercapitalized. “When I first got in the business, tractors were $25,000 and combines were $50,000. Now we’re taking in trades that are $300,000 and $400,000. In addition to that, the sophistication of the business, the tools and equipment needed has changed, and then throw in $4-5 million buildings.”

Meyer points out that, “In my case, my manufacturer had the first security lien on everything I had in the business. So when I needed capital, I had to go to the bank to lend me money and take a second position behind the manufacturers.” 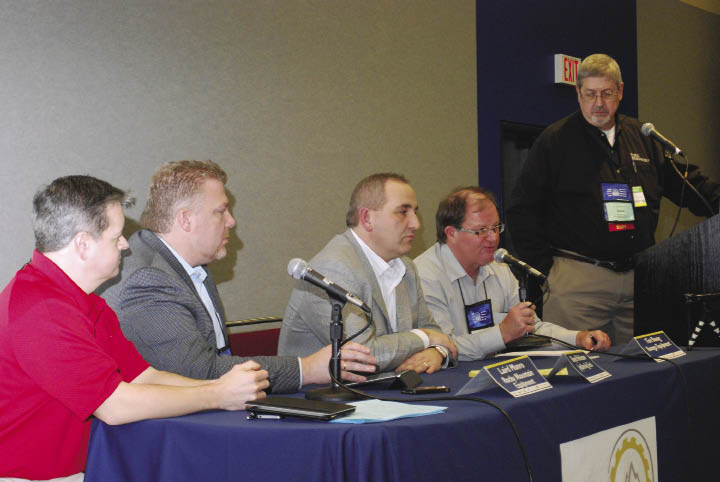 The panels, each concluding with Q&A, allowed attendees to ask focused questions following each dealer’s presentation.

Meyer says a big driver in the decision to go public came during the downturn in 2008 and 2009 when he needed additional capital. It made him start thinking about “permanent capital.”

Recalling the 1980s when credit was tight for dealers and farmers, he adds that “We could also see an exodus of dealer-principals, and an exodus of capital going to their heirs, estate taxes and all those types of things. So the idea of growing the business and getting larger in order to increase your product support and all that after tax dollars becomes very difficult. So we began focusing on this idea of permanent capital in the business.”

Taking a privately held company public is a major step, regardless of the business. But for farm equipment dealers, he says, it’s an entirely new world.

He adds that, as a public company, dealers’ business is subject to the Security and Exchange Commission regulations and mandatory compliance, as well as Sarbanes-Oxley requirements, all of which takes additional staff and resources.

What some may not realize is the time executives must spend with investors. “There are investor conferences about 6 times a year and earnings releases each quarter,” he says. “There are continuous phone calls from fund managers and meetings with institutional investors. These people model your business; in fact, they probably know more about your business than you do.”

What’s in It for You?

According to Meyer, one reason to go public is because it can create the highest value for your business. That value, he says, will be based on an earnings multiple. “So what the stock market does, if you’ve got growth and you can hit your numbers, is give you a multiple on your stock, which you really don’t see in other ways. One thing I was told that made a lot of sense is not to be concerned about the percent of the company you own, but what that percent is worth,” says Meyer.

Years later, Meyer says he’d do it all again. One reason is the senior talent that can be brought to the business. “This ties in to scale,” he says. “When I was running my store, I was the sales manager, HR guy, IT guy, doing the casualty insurance, the manufacturer relationships, dealing with the bankers. As a public company you can get experts that can take care of all these functions. It really does bring your company to a higher standard — not only what you can do with your people, but also what you can offer to your customers.”

Another reason is access to capital. Besides its IPO in 2007, Titan did a follow-on offer in 2008, and another 18 months ago. “Every time you do this, you’re not only bringing capital into your business, but you’re also bringing personal liquidity for yourself,” says Meyer.

Public firms also have access to the debt markets. “We’ve accessed the equity markets with follow-on offerings, and the debt market is another whole group of people from the public community.”

Meyer adds that taking Titan Machinery public has created a lot of wealth for the company and himself, personally that wouldn’t have otherwise existed. “As for succession planning, it’s about developing people. It resolves a lot of ownership issues. So, from that standpoint, it’s given us succession flexibility, liquidity and increased value in the business. Overall, it’s a real positive.”

Taking Your Marketing into Your Own Hands