For 2007, 12 leading irrigation States accounted for 77.3 percent of all irrigated acres, including harvested cropland, pasture, and other lands. Nebraska's 8.6 million irrigated acres led all other States (15.1 percent of the U.S. total), followed by California with 8.0 million acres (14.2 percent), and Texas with 5 million acres (8.9 percent). Two Eastern States-Arkansas and Florida-were among the 12 leading irrigation States. 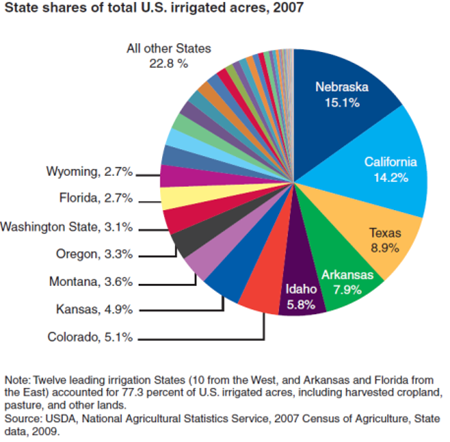 USDA: Irrigated Acres Climb to 55 Million, Up 5% Over Past 5 Years