Tillage equipment manufacturers are working to create the perfect combination machines in a push for one-pass or minimum-pass tillage functions.

“We have to be profitable to push up yields,” says Jim Boak, national sales manager for Salford. “Every time you go through the field with an implement it costs money, so we need tools that are capable of doing more than one job. We need to get down to the fewest possible passes.”

An aspect shared by many multifunction tools in the market or coming soon is an emphasis on residue management. Thurston is working on a machine for fall tillage of corn-on-corn acres. 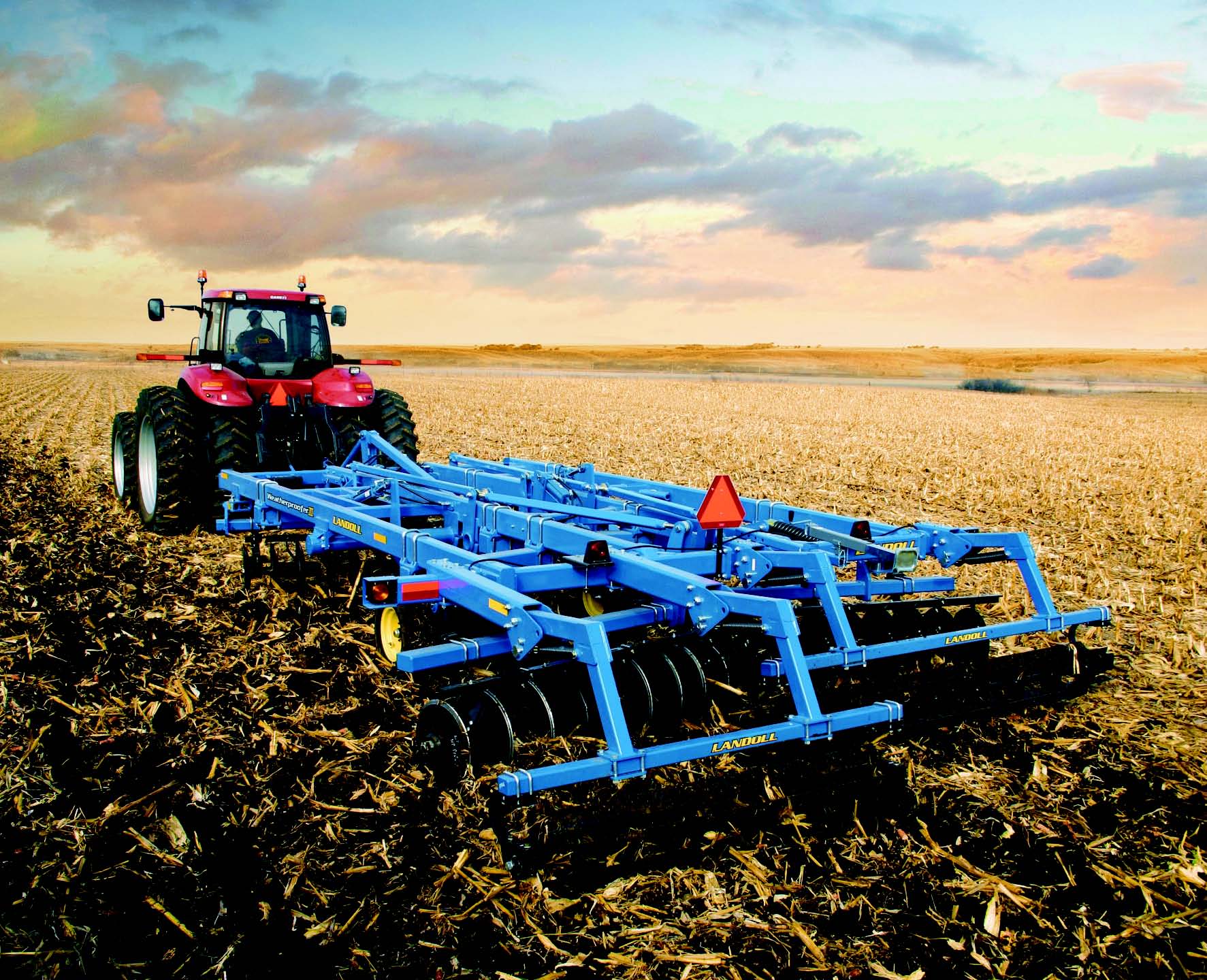 Multi-function tillage implements may improve profitability, but there are also serious issues to be faced on the tillage path to 300-bushel corn. The trouble is that producers are more inclined to update their tractor, sprayer or combine than tillage tools.

He notes the discs are run shallow and the chisels are widely spaced so the entire soil profile is not disturbed. The goal is to mix in some residue with the soil while leaving some for erosion control."It’s a combination of coulters, chisels, discs and then either a tine or rolling harrow,” Summers says. “The coulters size residue, and chisels, fractures and stirs the soil. The disc levels and the harrow further levels and pulverizes soil. We’re able to do multiple operations in a single pass.”

Salford has a combination tool that can be used to cut and distribute crop residue while releasing excess moisture. It can be used in the fall to manage residue and, with some attachments, can be used to apply deep fertilizer, conduct more aggressive tillage for residue management and seed cover crops — all in one pass. The tool’s ability to operate in highmoisture conditions means it can also be used in spring for seedbed preparation. “For high-yielding crops we have to get in the field as soon as possible and tillage can allow for that,” Boak says. “Part of that equation is proper residue management.”

For strip-till, high residue and narrow rows multiply issues. “The biggest obstacle is flow through the machine,” Summers says of strip-till units. “When we get high quantities of residue we have to push it to one side, but we don’t want to push it into another strip, which becomes a bigger obstacle as row spacings narrow.”

With 30-inch rows, an 8-inch strip leaves 22 inches to place residue. Cut that down to a 20-inch row and there’s only 12 inches to place residue. To manage general residue flow striptill manufacturers are adjusting the arrangement of row components and perfecting spacing between coulters, shanks and sealers. They’ve also staggered entire row units forward or back on the bar to get better flow.

"We do have demand for narrower rows as producers push for higher yields,” Summers says. “As a result we’re working to provide equipment to meet that demand.”

"Strip-till can reduce surface evaporation and allow easier infiltration in the areas where you’re going to plant,” Summers says. “What tillage will best increase yield really depends on region, soil type and other individual conditions.”

Arguably, vertical tillage has created the most excitement in the tillage arena in the past decade as a solution to increasing residue and managing compaction layers. Going vertical ranges from conservation tillers scratching the top 2 inches of soil to conventional tillers deep ripping 12 or more inches deep. But Boak is concerned that producers, in the rush to adopt this relatively new technology, are trading one problem for another.

“The goal of vertical tillage is to not create differences in density in the soil,” Boak says. “With the way many of these tools work, we’re simply creating a new density layer either underneath the tillage or vertically on either side of the shank.”

He says a true vertical tillage tool will not move left or right and can be used in colder and wetter soils to open a wider planting window.

“Any tool using a blade or knife that moves soil left or right needs to be used on drier soil to not effect yield,” he says. “Some discs are being marketed as vertical tillage tools, but they should only be used in the fall in dry soils because they can cause compaction.”

Vertical density changes, or compaction, may pose a risk to corn root health and therefore yields, he warns.

“You create a horizontal area with no compaction to allow the root to grow very easily downward, but growth left to right is restricted due to density changes,” Boak explains. “Very few tools truly create uniform density top to bottom and left to right. If we’re going to reach 300-bushel corn as a common practice, we have to look at compaction from all sides.”

His solution: the moldboard plow and tools that emulate it.

“It’s one tool that can guarantee uniform density top to bottom and left to right,” he says.

One thing producers and dealers may not realize is that equipment manufacturers have updated designs of classic tools such as the moldboard plow, field cultivators and disc harrows so they no longer bunch and carry residue.

Disc harrows now offer 200 pounds of down pressure per blade or more, depending on spacing, to cut through heavy residue. That’s 50-100 pounds per blade more pressure than those sold in the 1990s.”

The trouble, he says, is that producers are more inclined to update their tractor, sprayer or combine than tillage tools. “Many farmers are still trying to farm with 30-year-old field cultivators that don’t have the clearance,” he says. “It’s going to be an expensive but necessary adjustment for those guys to update because they don’t have anything to trade in.”

Education also plays a role. He says today’s dealer needs to help farmers understand the carbon/nitrogen ratios in their fields. Fertilizer applications will need to be strategically planned and timed to speed residue breakdown and make sure nutrients are available to plants when they need it. Boak says understanding these relationships opens the door to using more traditional tillage technologies more efficiently.

Farmers, Dealers Have Plethora of Vertical Tillage Tools to Choose From