25% of Dealers Don't Expect Inventory Correction for Over 2 Years

In this episode of On the Record, Stifel's quarterly dealer survey reveals that while OEM lead times have improved slightly, the majority of dealers still say they are longer than last year. In the Technology Corner we look at AEM's recent white paper that outlines 13 trends that could influence how food is produced — many of which are tied to precision ag technologies. Also in this episode: A closer look at Titan Machinery's acquisition of Heartland Ag Systems, how farmers view shortlines compared to the majors, and a look at the 6-month unit sales report for 100+ horsepower and 4WD tractors. 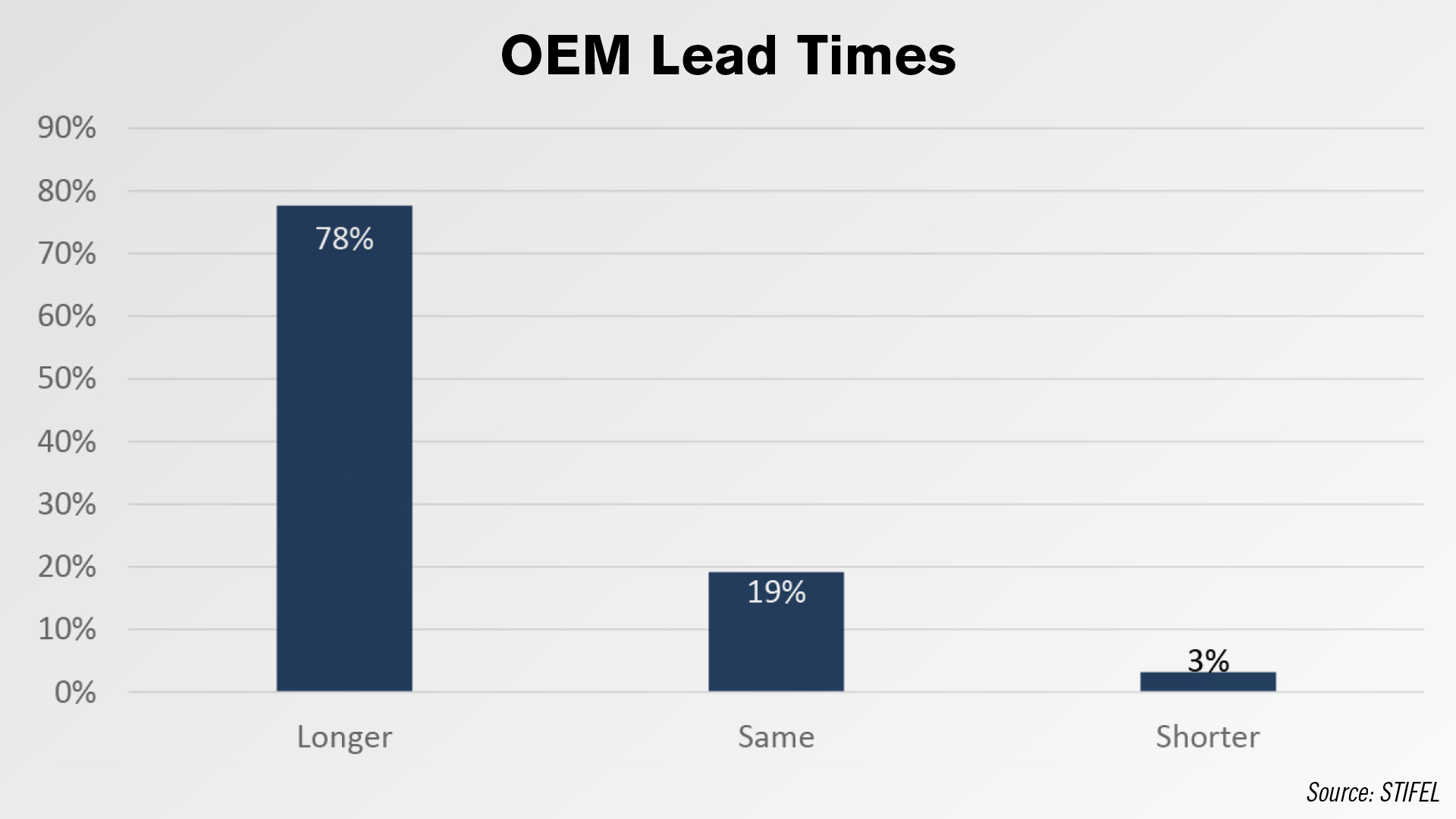 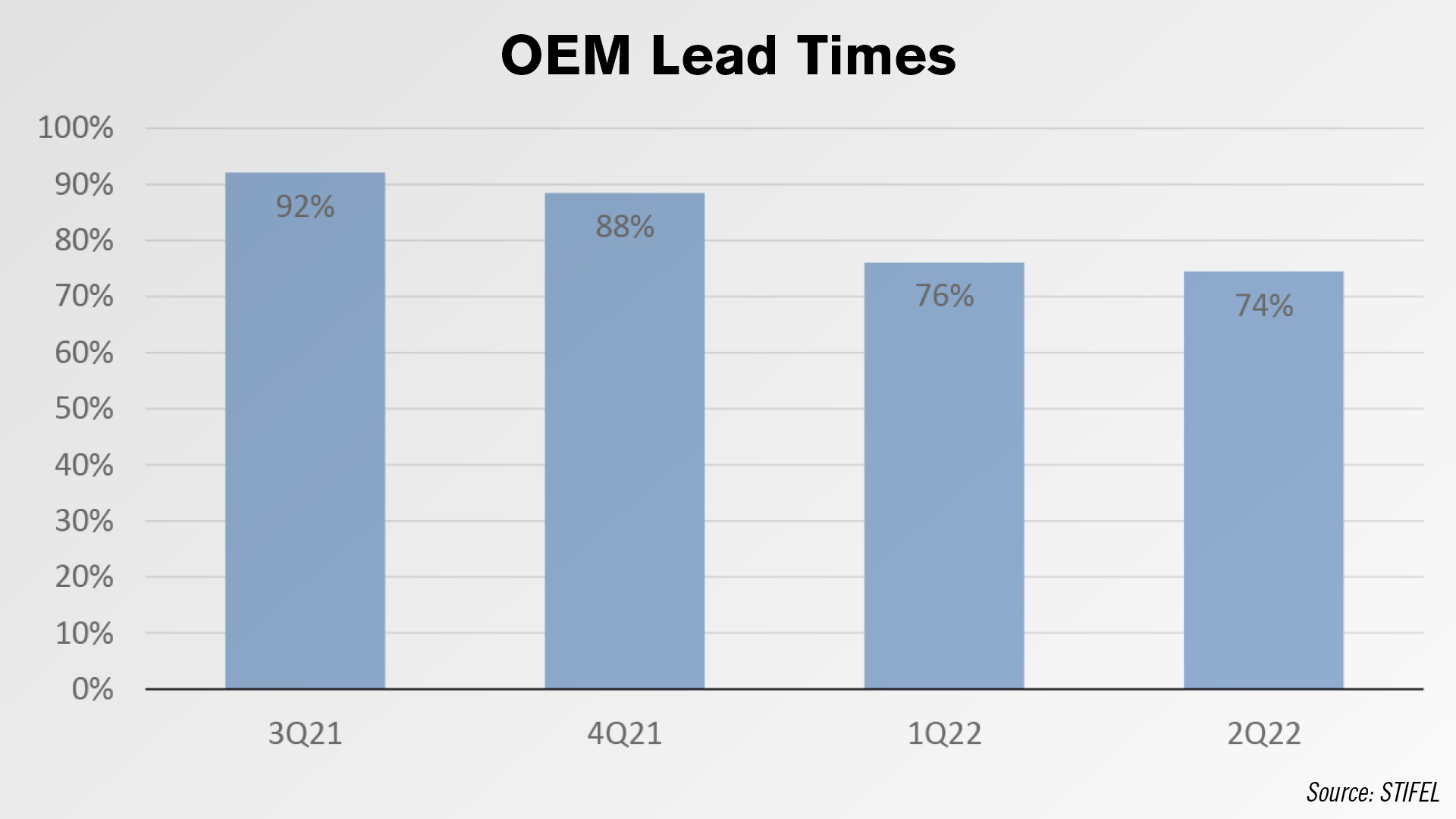 “We believe this push-out in expectations for normalized inventory levels reflects further supply chain and production disruptions, likely in part due to the Ukraine conflict and China’s zero-COVID policy,” says analyst Stanley Elliott.

One New Holland dealer commented, “Our dealership started 2022 off strong. Sales were in-line or better than Q1 of 2021. Low inventory levels, long lead times, and allocations have caught up to us. Q2 is about 10% less than Q2 of 2021 due to the inventory situation.”

This week’s Dealers on the Move include Titan Machinery, Johnson Tractor and United Ag & Turf.

On July 11 Titan Machinery announced its acquisition of Heartland Ag Systems. The deal, expected to close in August.  We’ll have more on the acquisition later in the episode.

A recent whitepaper from the Assn. of Equipment Manufacturers (AEM) outlines 13 trends that could influence how food is produced — many of which hinge on adoption of precision agriculture technologies.

As a growing population, climate change, supply chain challenges, demographic shifts and labor shortages are pushing farmers to do more with less, precision agriculture is prime to influence the future of global food production. 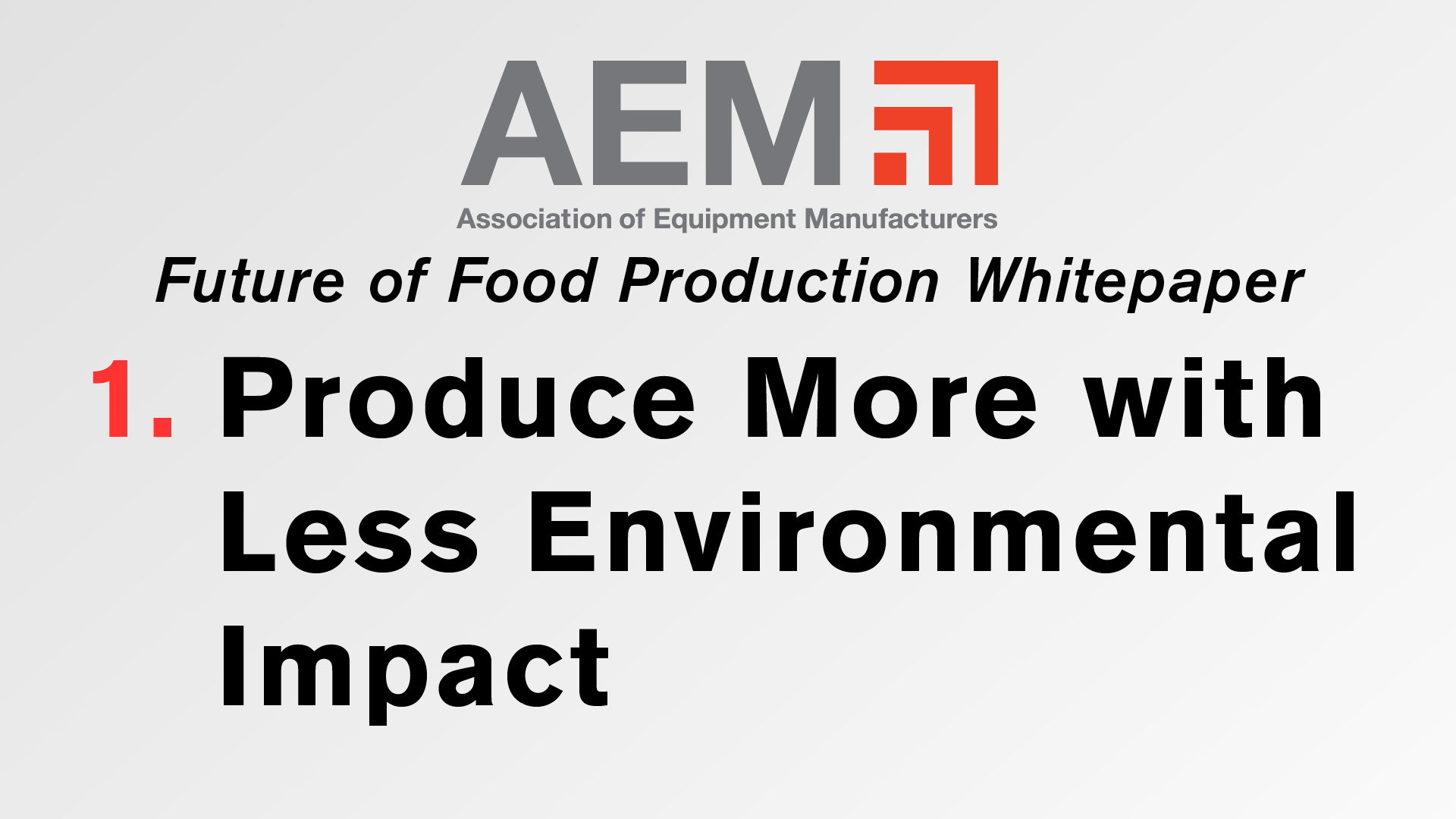 The AEM’s Environmental Benefits of Precision Agriculture study found farmers using precision technology saw a 4% increase in crop production, a 9% reduction in herbicide and pesticide use, and a 6% reduction in fossil fuel use. 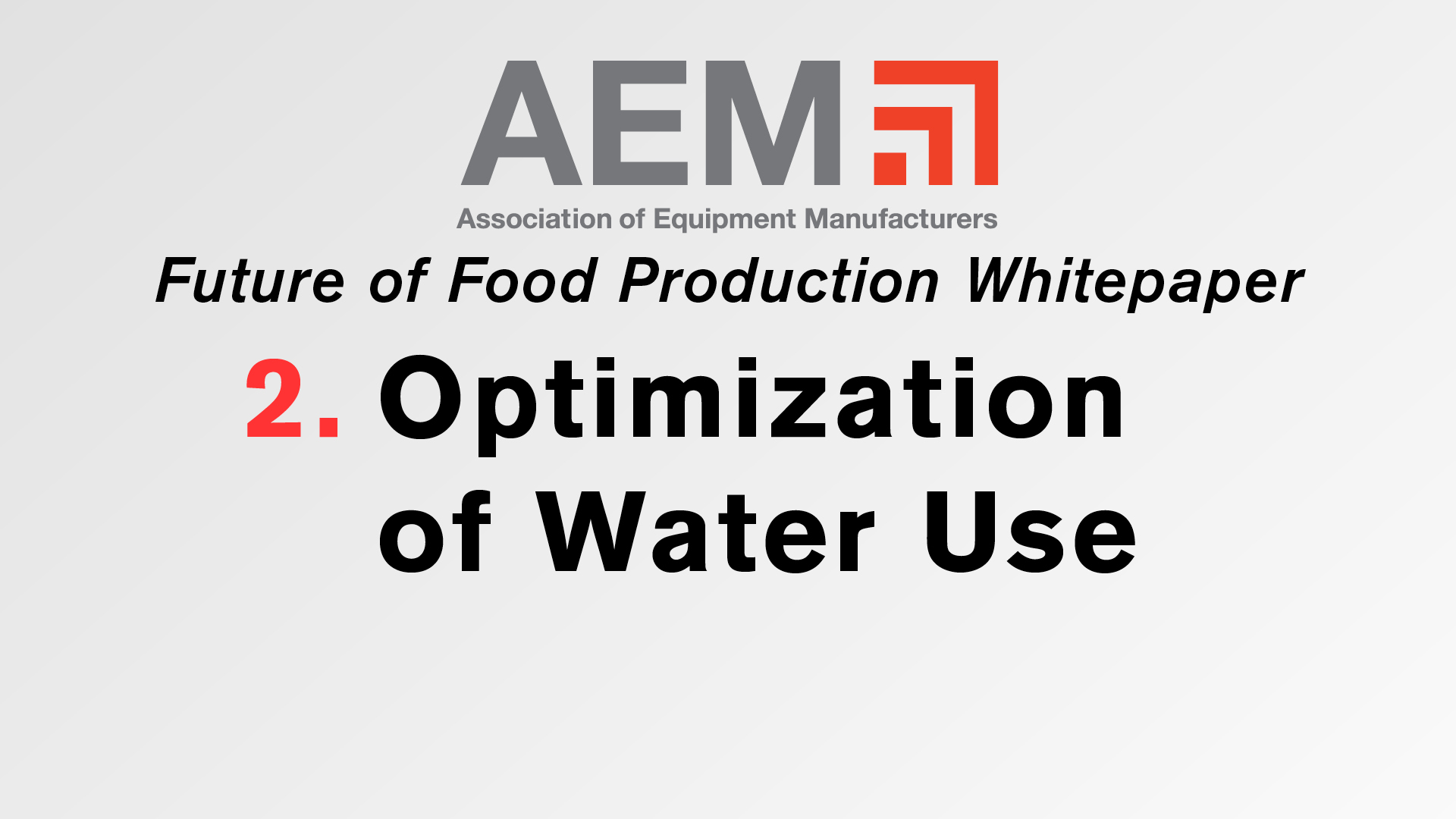 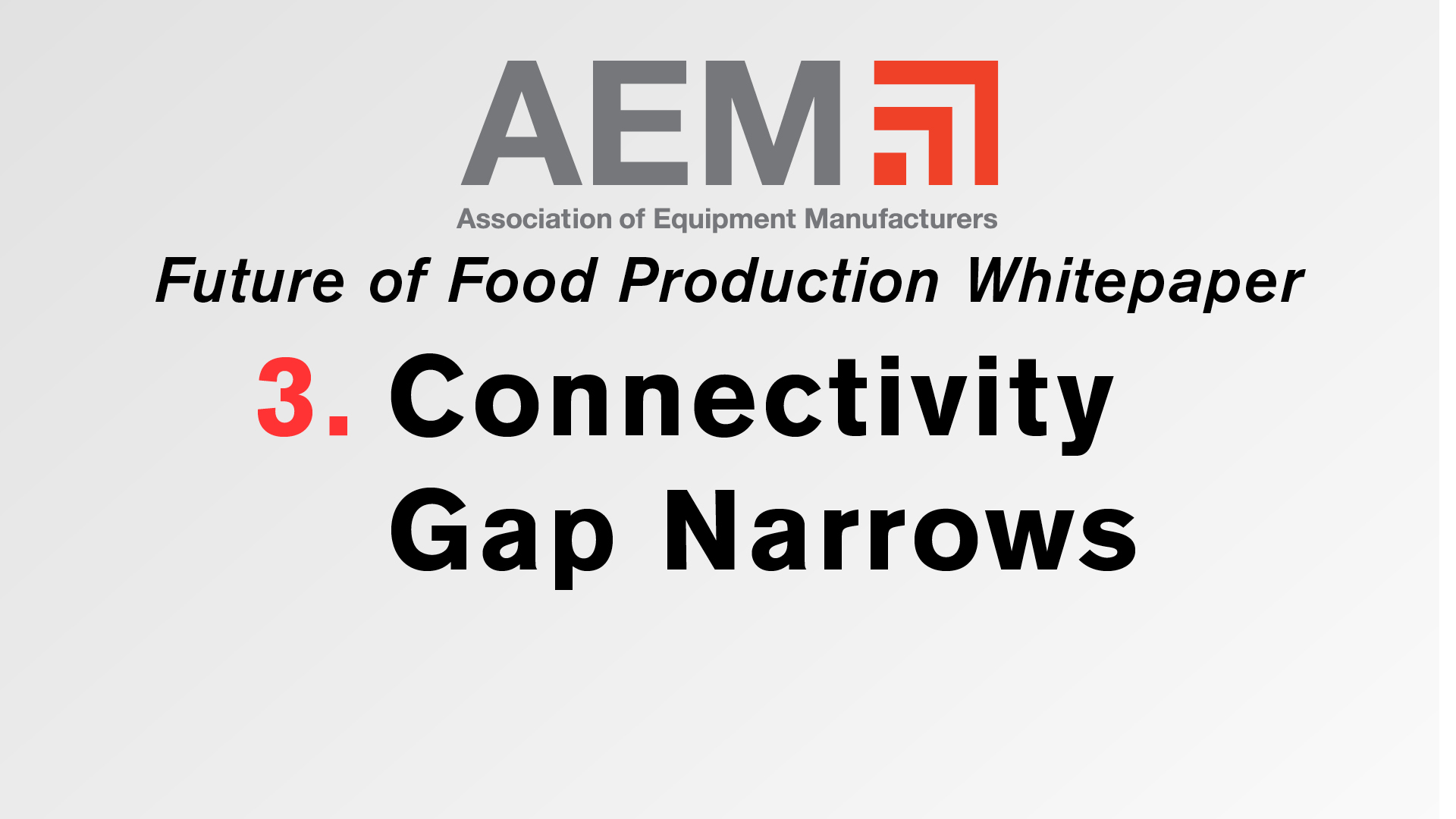 The AEM report calls connectivity the lynchpin of agriculture’s future because connectivity enables precision technologies, artificial intelligence and automation, and other components of the food chain of the future.

The report says only 25% of U.S. farms use connected equipment or devices to access data. As reliable internet access becomes more available, using technology becomes more practical, and agriculture will shift to be more productive while conserving resources. 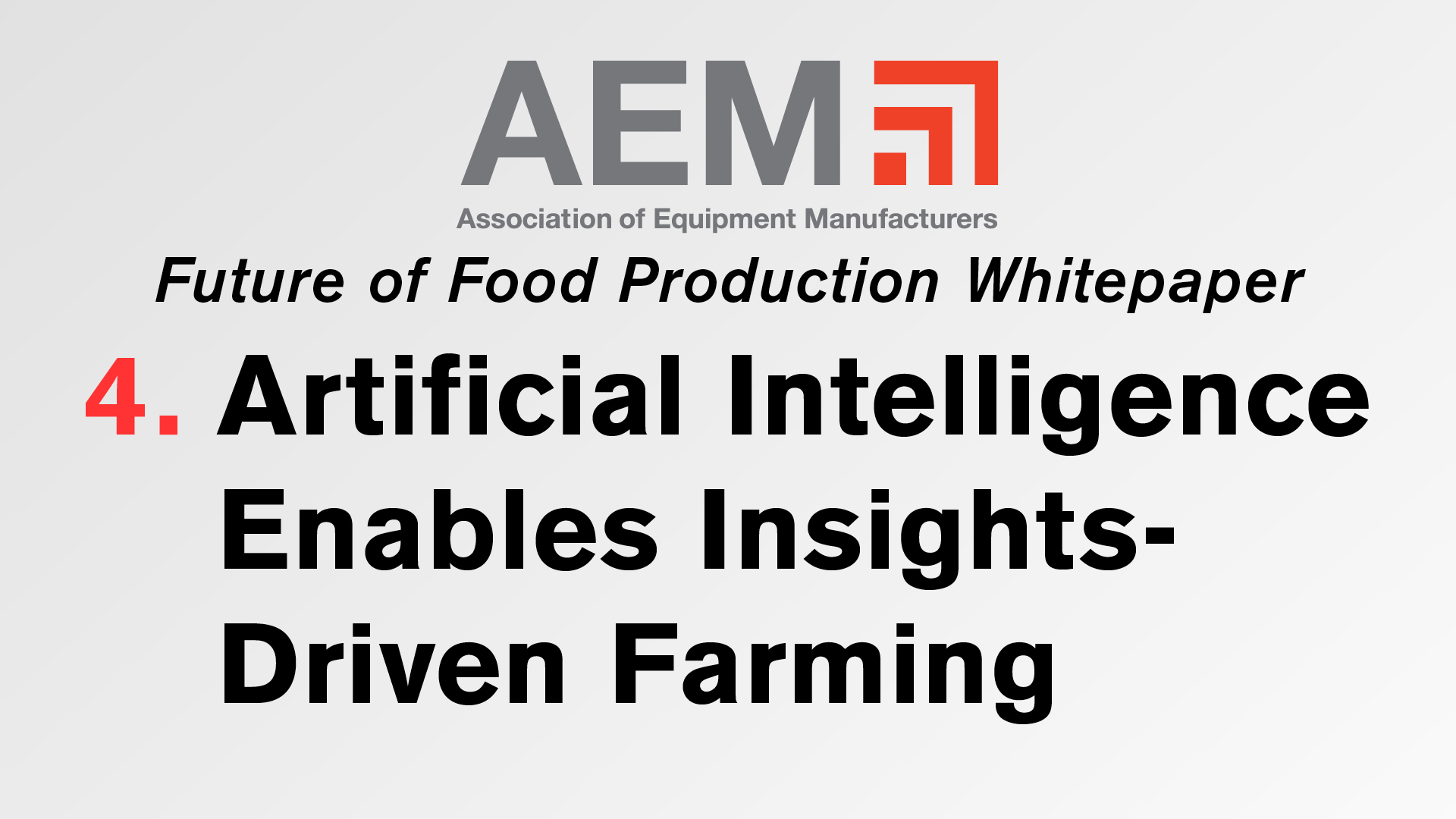 The AEM report predicts artificial intelligence will begin to assume a prominent role throughout the entire crop production process over the next 10 years.

Equipment will work smarter and do more using AI, machine learning and image recognition. The report cites a 24% increase in net returns when including both input savings and yield increases due to less compaction with the use of autonomous equipment. 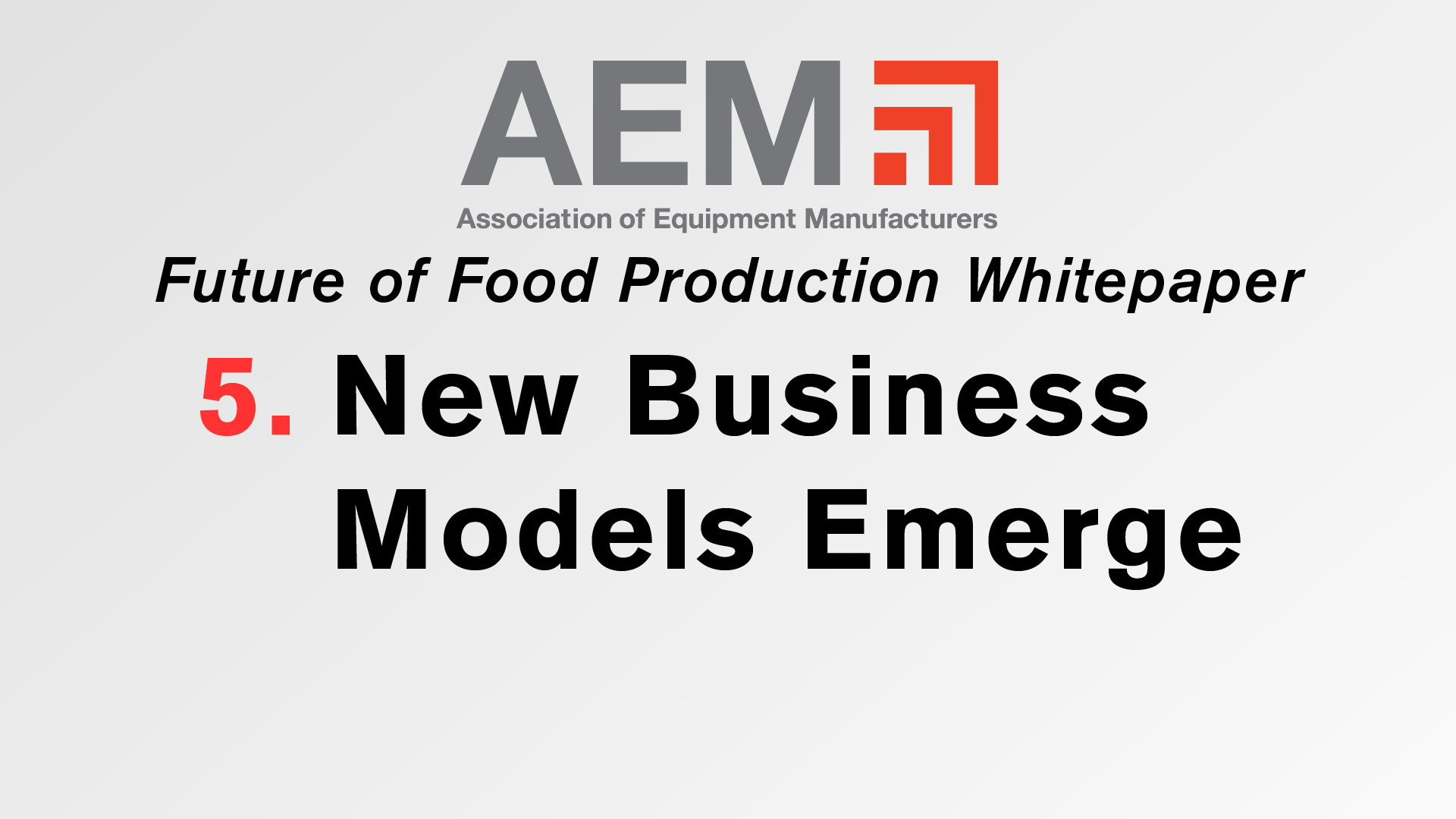 Finally, as food production changes, so will the business models of farm equipment dealers and manufacturers.

The AEM predicts a rise of Equipment as a Service (EaaS), giving farmers the opportunity to lease equipment for a specific time period, rather than buy the machine. Dealers could include additional services, such as data analytics and preventative maintenance, in the price of the rental.

Custom farming will also become popular as farmers look to add more acres without assuming the risk of   industry will also shift to outcome-based pricing models — programs that guarantee a certain yield goal, elimination of disease or other metric — as digital tools make outcomes easier to guarantee.

Heartland Ag Systems has been focused on the commercial application business since 1966 and in that time has grown to 12 stores with distribution covering 17 Midwestern and Northwestern states. 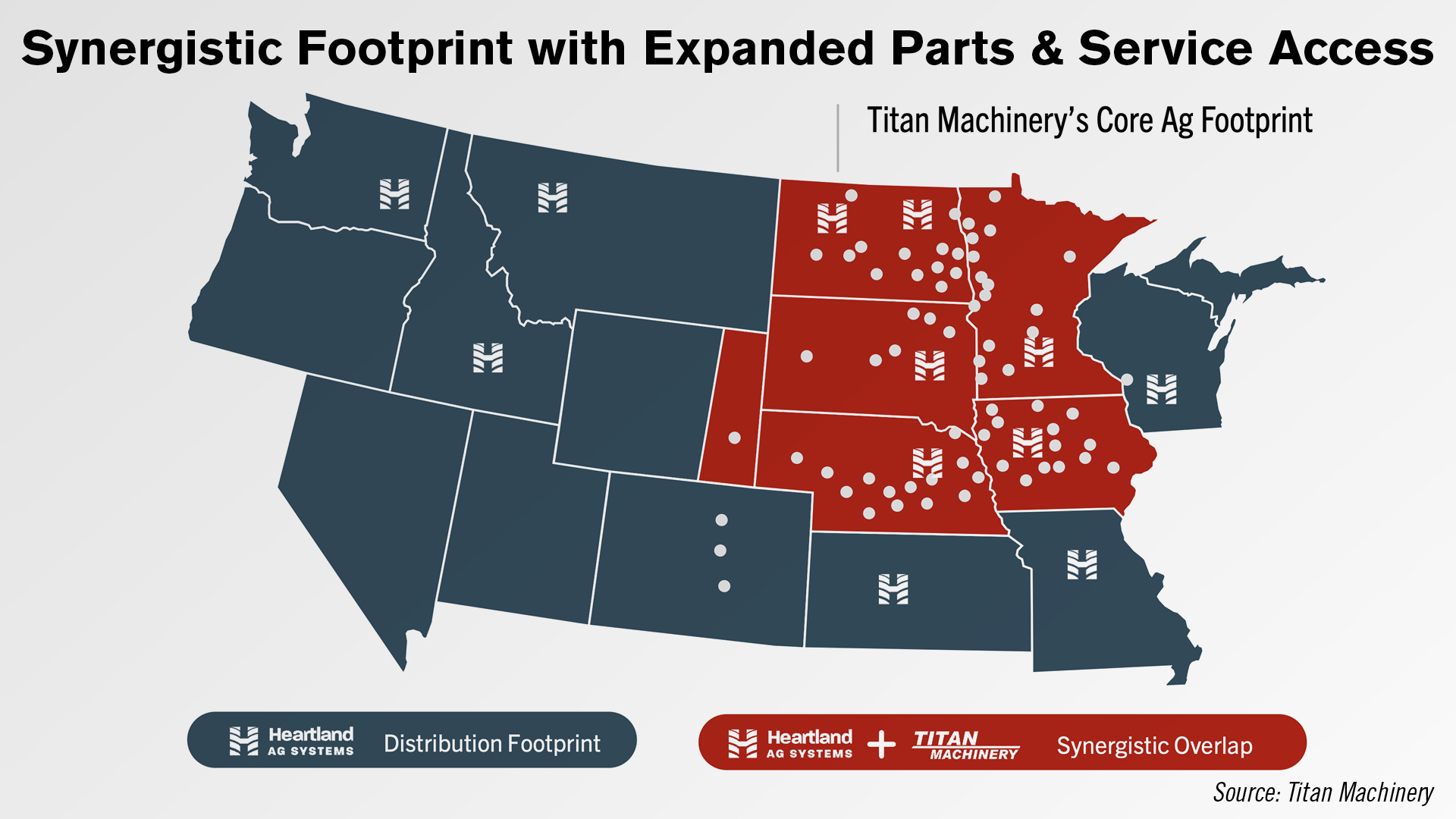 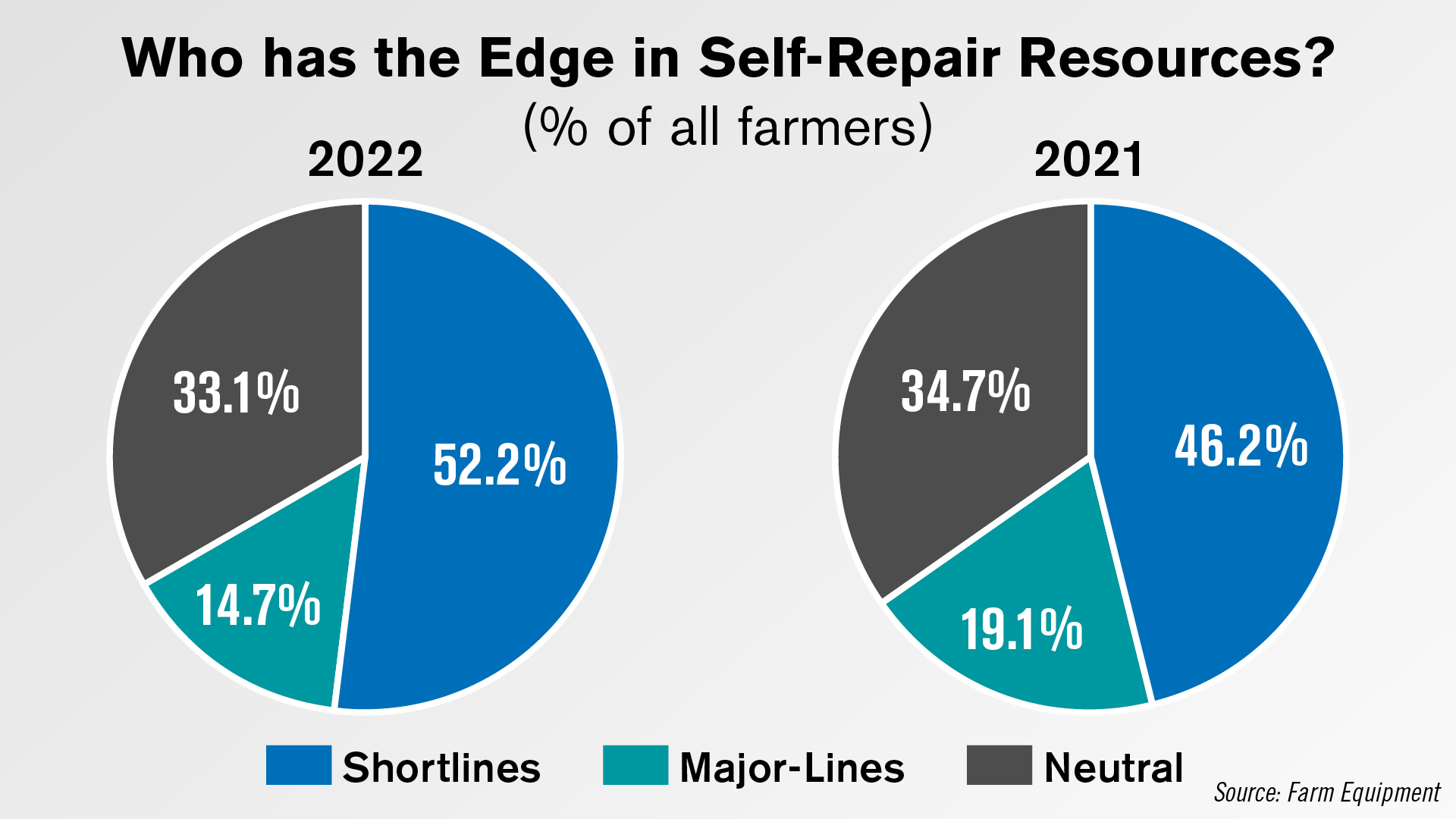 Just over 52% of farmers said shortlines have the edge this year, up from 46% last year. The percentage considering majors to have the edge in self-repair was down to 15% from 19% last year. The percentage of farmers who were neutral on the topic was down from 35% last year to 33% this year. Self-repair has been in the spotlight more than usual in 2022, with John Deere currently facing 13 lawsuits from farmers regarding right-to-repair. 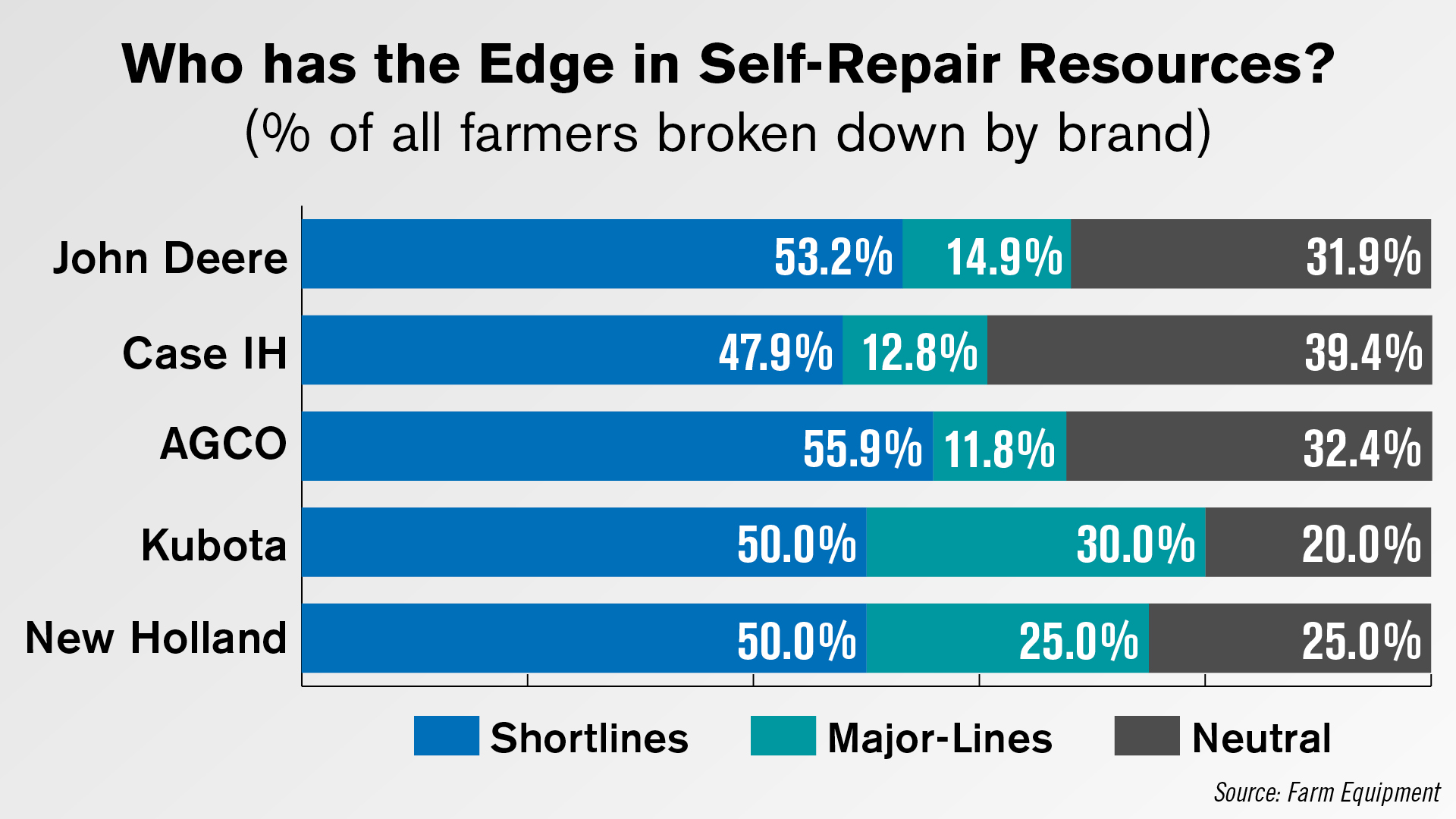 Some 48% of farmers identifying with Case IH said shortlines have better self-repair resources, the lowest by brand, and another 13% picked major-lines. 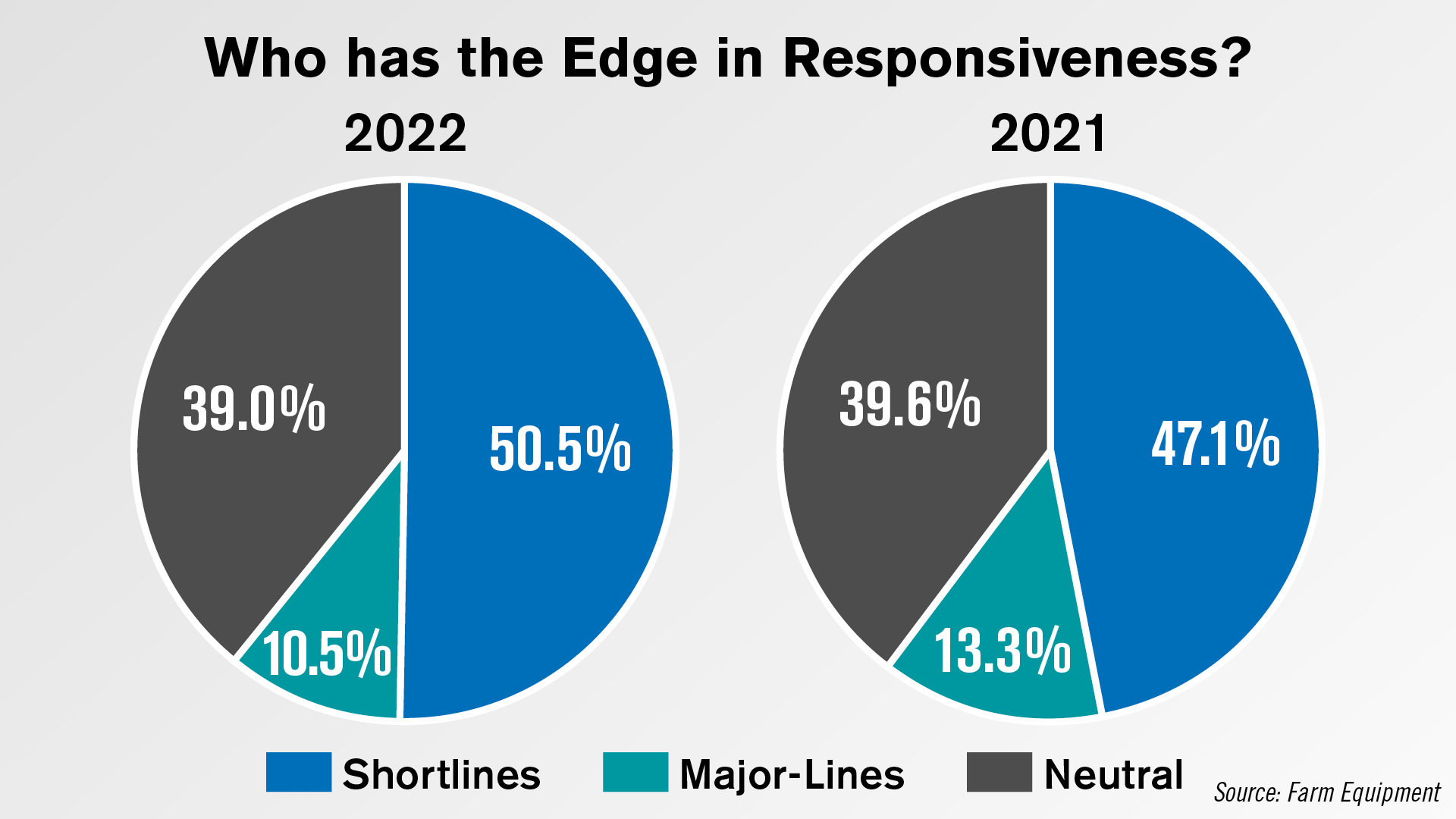 According to the latest equipment sales numbers from the Assn. of Equipment Manufacturers, both U.S. and Canada sales for tractors over 100 horsepower were up for the first half of the year. 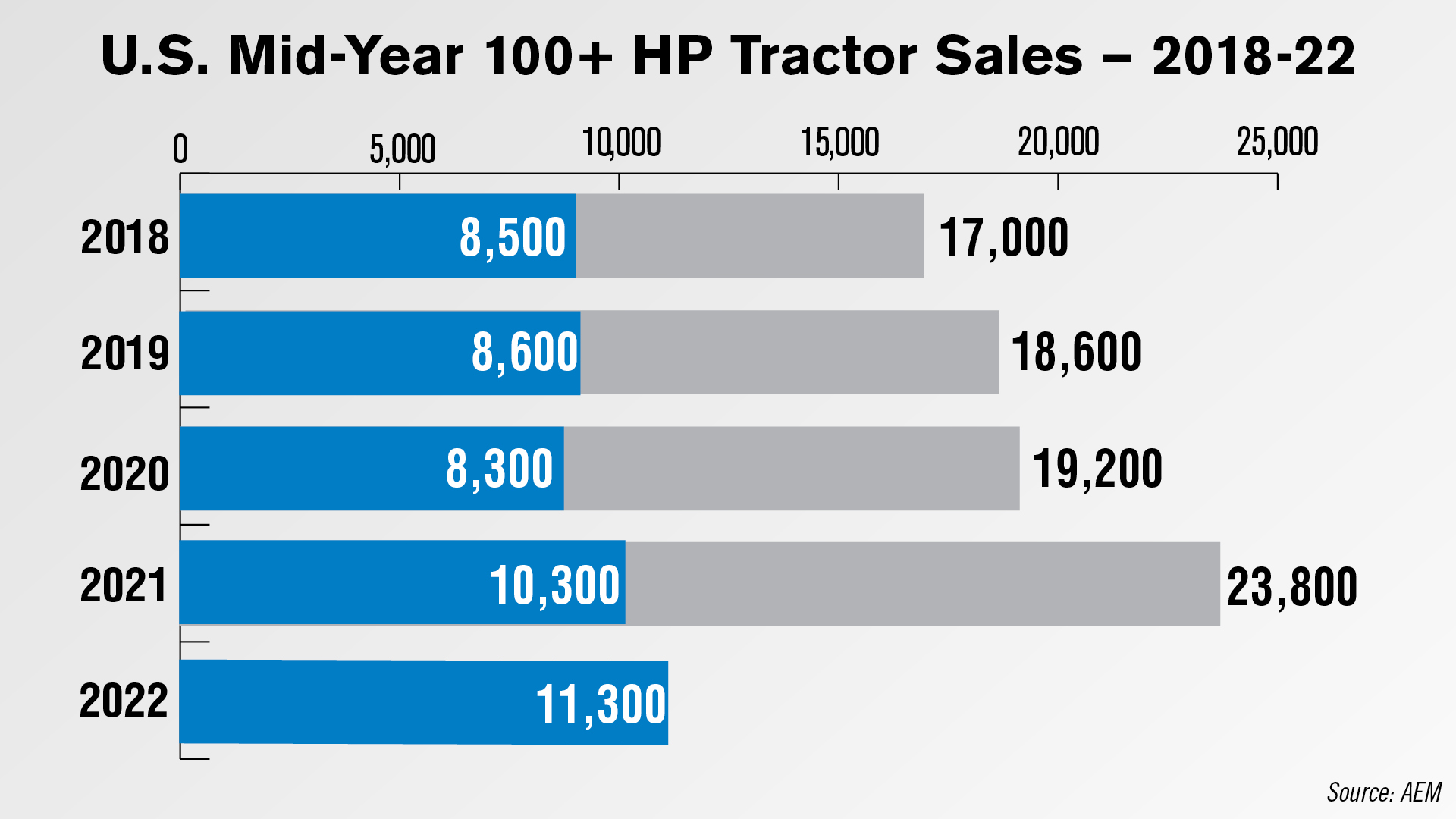 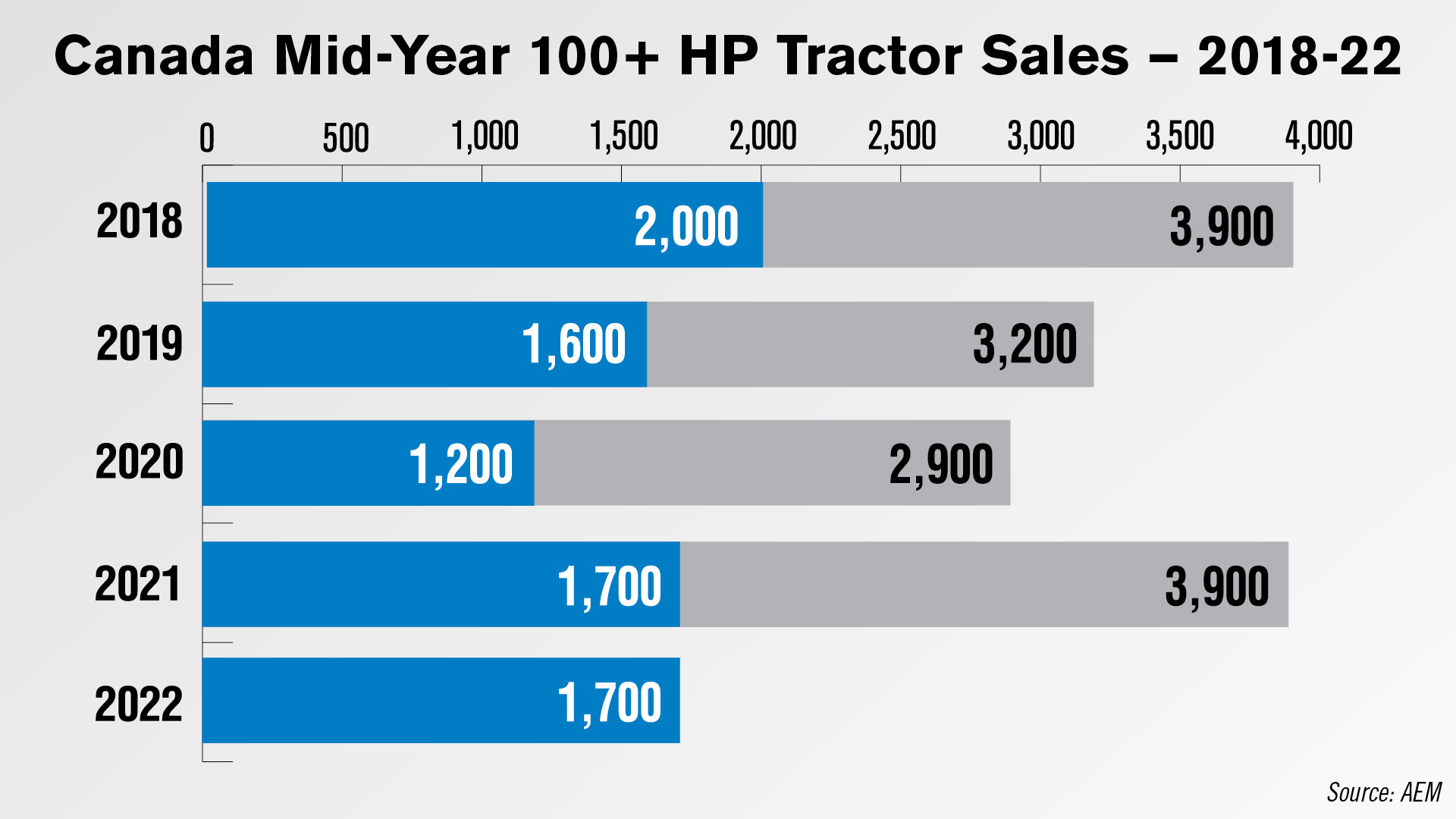 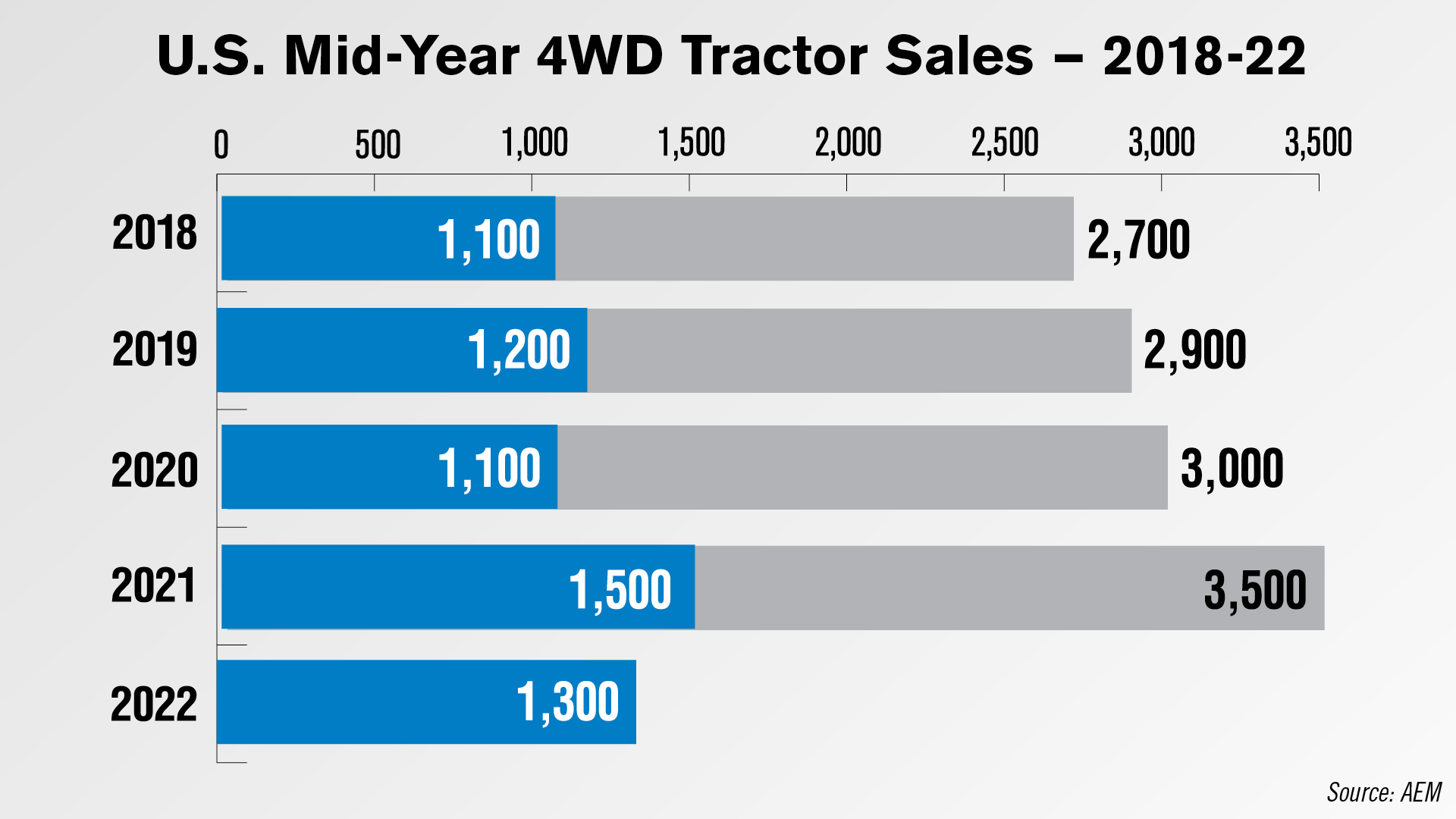 U.S. 4WD tractor sales were down 11% year-over-year to 1,286 units. This was also the second-highest mid-year sales figure out of the last 5 years. 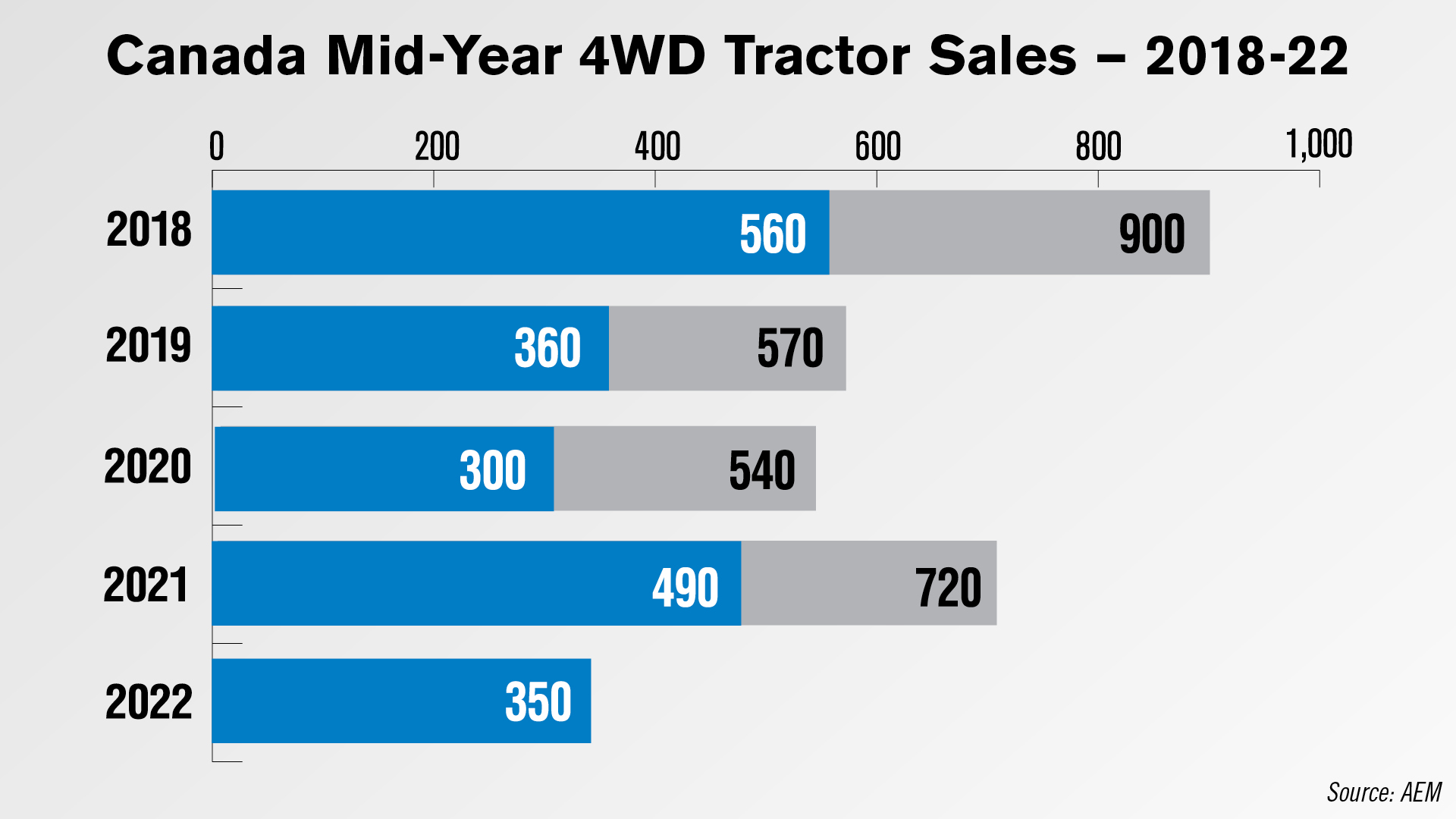 Canadian 4WD tractor sales were down 28% year-over-year to 349 units, the largest percentage decrease seen in this year’s mid-year equipment sales.

Number of Big Canadian Dealers Grows Over Past 4 Years