Company equipment sales are projected to increase by about 4% for fiscal 2019 compared with 2018.

Included in the forecast are Wirtgen results for the full fiscal year of 2019 compared with 10 months of the prior year. This adds about 1% to the company’s net sales forecast for the current year. Also included is a negative foreign-currency translation effect of about 2% for the year. Net sales and revenues are projected to increase about 5% for fiscal 2019. Net income attributable to Deere & Co. is forecast to be about $3.2 billion. 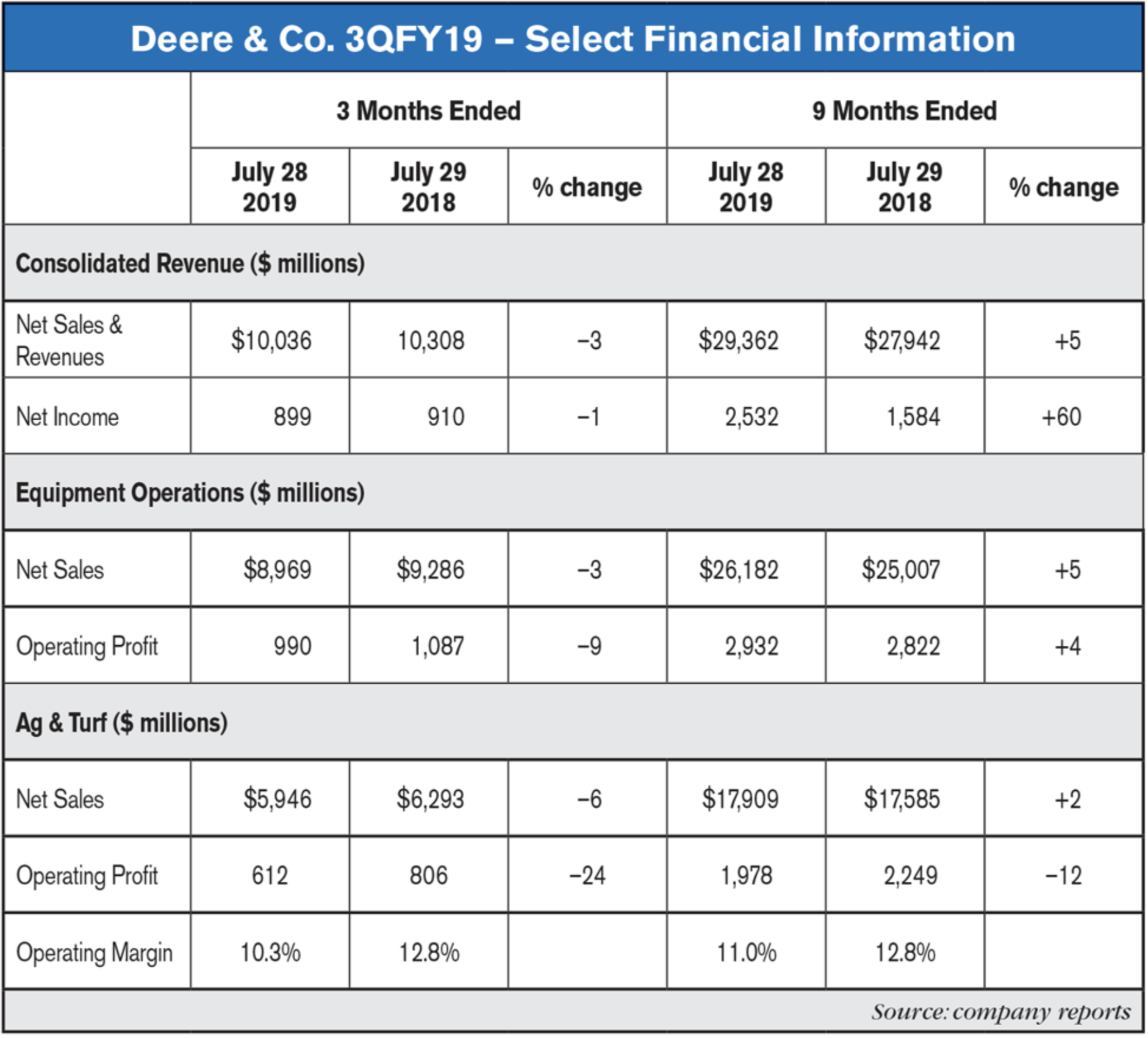