While farm equipment sales trends by region were mixed in May, overall dealers report seeing some improvement in the first quarter of 2017.

Ag Equipment Intelligence’s June Dealer Sentiments survey results indicate that on average sales trends in the Appalachia/Northeast and Corn Belt regions improved from previous month. At the same time, sales in the Delta/Southeast/Southern Plains region, as well as the Mountain/Pacific and Lake States/Northern Plains regions slipped back somewhat during the month.

Canadian dealers report that sales of ag machinery were flat during the month of May. 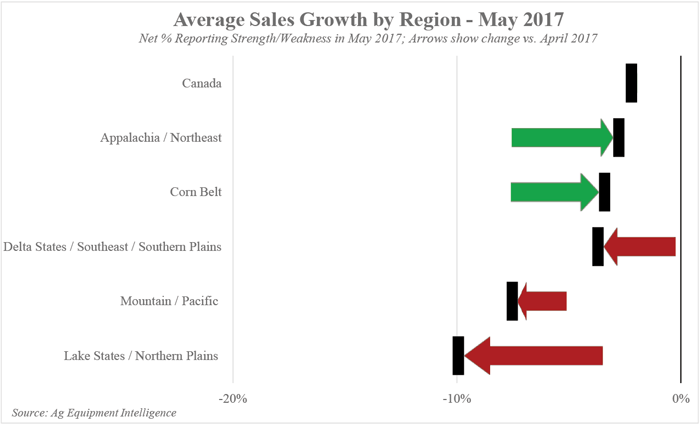 Considering the first 3 months of the year, trends in average sales growth in each of the U.S. regions were up vs. the fourth quarter of 2017. Nonetheless, they remained in negative territory.

Canadian sales, on the other hand, were flat throughout the first quarter of the year. 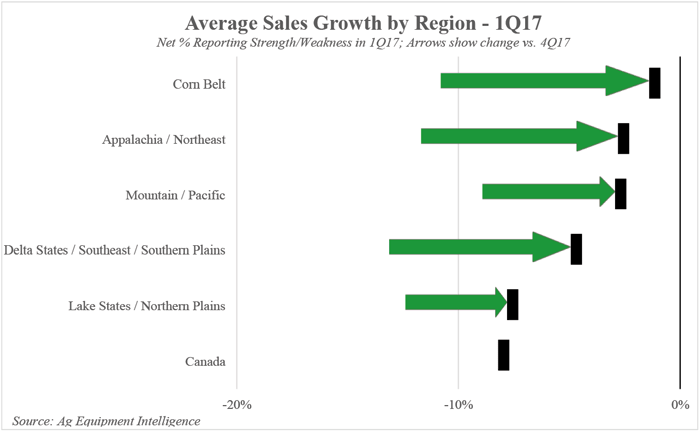 Commercial and consumer lawn equipment and GPS/precision farming sales during the first quarter continued to demonstrate positive sales results, as both finished in positive territory for the period.

The remaining equipment categories covered in the Dealer Sentiments survey, except for combines, also showed overall improvement during the first 3 months of the year. 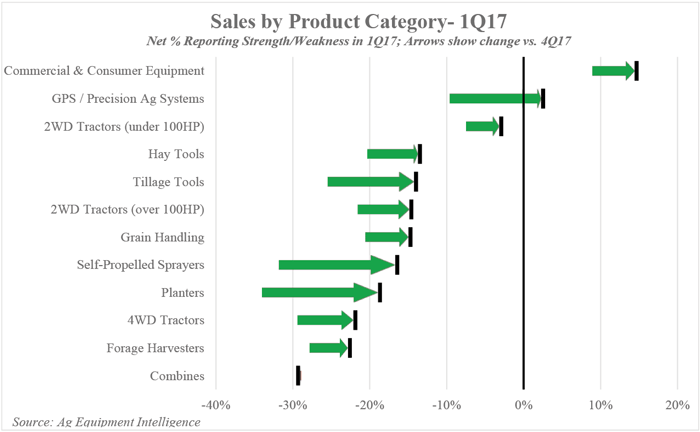 While sales of commercial & consumer, GPS/precision farming and hay tools experienced some softening in May, 6 of 12 categories saw sequential improvement from April compared to 11 categories improving from in the first quarter compared the fourth quarter of 2016. 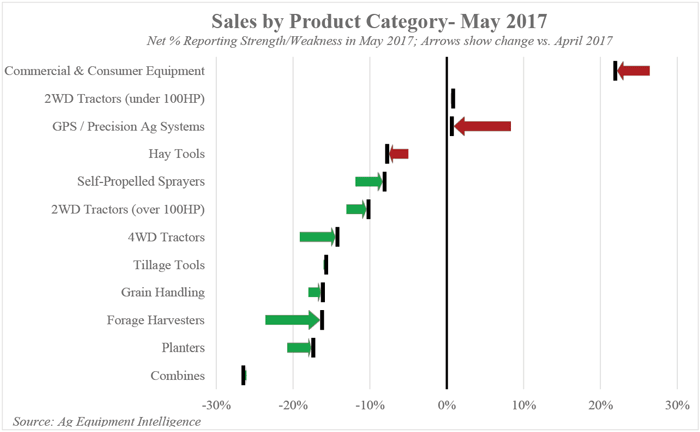