By Dave Kanicki and Tom Evans posted on April 8, 2017 | Posted in Best Practices

A disc chisel is another tool for primary tillage, but it also falls into the “vertical tillage” category. Even though the coulter blades are not vertical, the chisel shanks run below the disc level, which removes the density layer. More recently, some manufacturers have modified the design by changing out the type of shank used.

Disc chisels are often designed with one row of disc blades followed by several disc chisels or shanks. Often, tools run with 2 or 3 inch twisted shovel-type shanks are designed to bury residue. These chisel shanks will typically trip at about 1,000 psi, but some are designed to trip at 850 and 1,100 psi. For this reason it’s difficult to get a chisel shank to penetrate the soil deep enough to get any horizontal fracture.

On the surface it looks like it’s working the soil more deeply than it is because it tends to throw the soil. Typically, it’s only penetrating the soil 4-5 inches and producing no horizontal fracture. This can be a negative if you’re trying to get a good seedbed and a uniform density for good seed placement with the planter.

Some manufacturers have developed a hybrid disc chisel with shanks not quite as heavy as those used on a disc ripper, but heavier than a chisel shank. These are designed to trip at 2,400-2,500 pounds instead of 1,000 pounds. This type of a heavy shank can be run at 10-12 inches deep, and can be outfitted with a winged point to produce horizontal fracture and run behind either straight coulters or disc blades. The disc blades will bury more residue and the shanks will vertically lift the soil and reset the profile under them. The goal is to achieve at least 4 inches of horizontal fracture ensuring a consistent, uniform seedbed for smooth planter ride and uniform emergence. 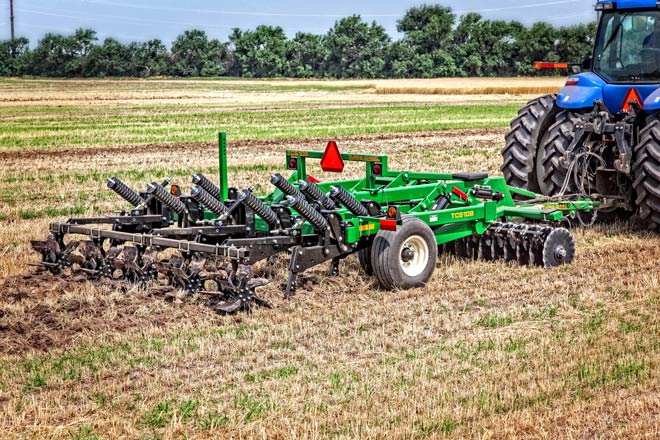 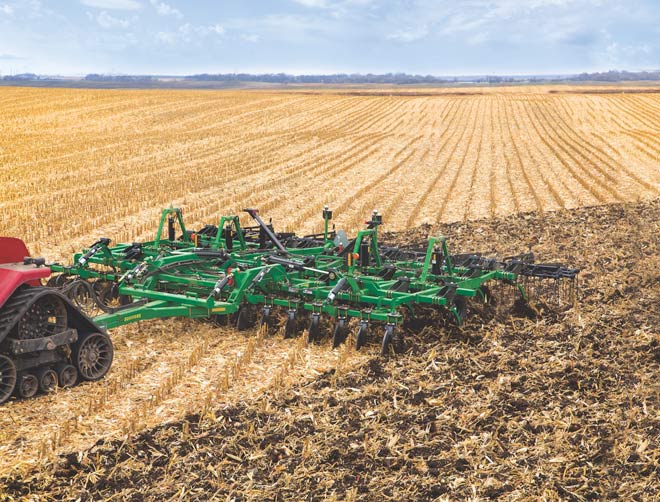 Back to Vertical Tillage Report Before retiring from Great Plains in 2016, co-author, Tom Evans had been in the farm machinery business for 45 years. He worked with Deere & Co. for 17 years, during which time he held various positions in manufacturing, wholesale and retail sales including store manager of Salina Implement Co. in the mid 1980s. For the remainder of his career, he held various positions with Great Plains Mfg. Inc. and focused on planting and seeding equipment, as well as both conventional and vertical tillage equipment.

Business Planning: Real Time Data is the Difference Between Thriving and Surviving

Are You a Leader or a Manager? Here’s the Difference