Developing Leaders from Within the Dealership

Two past Dealership of the Year Alums attain leadership development in both formal and informal approaches.

Leading is about more than the operations side of the business, and for dealerships to sally forth into the future, the next generation needs to be equipped with the knowledge, skills and values to carry the torch.

Two Farm Equipment Dealership of the Year alumni shared their strategies for developing leaders within their companies. Tom Rosztoczy, president and CEO of Stotz Equipment, a 23-location retailer based in Avondale, Ariz., and Doug Neufeld, the CEO of PrairieLand Partners, a 9-store dealership with headquarters in Hutchinson, Kan., have developed both formal and informal training opportunities to turn talented employees into winning managers and leaders.

When Stotz Equipment grew from 12 to 23 stores in 2.5 years, they ran out of employees to promote from within to manage its last 2 acquisitions. This was a wakeup call for Rosztoczy, who watched as his dealership’s needs quickly doubled over 3 years.

To solve the problem, Stotz began hiring management trainees out of college with the plan of developing them over the course of 2 or 3 years for management positions. Hiring college grads prompted Rosztoczy to consider both the informal and formal training programs that would be necessary to get the next generation ready to become managers.

Borrowing from other businesses and industries and looking internally at systems Stotz Equipment already had in place set the stage for the “Aspiring Dealership Program,” what Rosztoczy calls the dealership’s formal training program.

At PrairieLand Partners, all employees are given the opportunity to volunteer to be on committees and participate in events to elevate themselves as informal leaders.

All managers at Stotz Equipment are now required to take part in the program, not just the management trainees. “If you want to manage in our company, you have to go through the program,” he says.

Because of the Aspiring Dealership Program, Stotz Equipment now fills 85% of its management positions through promotions from within the company. That is up from 38% in 2012.

The program is broken down into three levels. The first two levels, which Rosztoczy personally teaches, are already in place at the dealership, while the third level is currently being developed.

The first level consists of one course, called the Aspiring Leader’s class. It’s a 2-day session and is offered to every Stotz employee.

The second level is a 2-year program with six classes that last 2 days each. To qualify for the second level class, employees must express a sincere interest and then be approved by a supervisor. 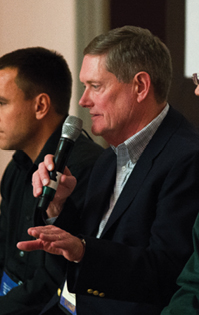 “I call the graduates of the program flag bearers because after they’ve been through this program, they are able to carry the flag for our company culture, whether it’s in the store, in the community or with customers,” Rosztoczy says.

PrairieLand Partners doesn’t have a formal training program to prepare employees for leadership positions. Instead, it offers employees a wide variety of opportunities and activities that expose them to leading and give them the chance to prove themselves as leaders.

Neufeld says, “I believe in experience-based leadership training and that simply means giving employees an opportunity to see if they’re going to be a leader someday.”

PrairieLand Partners established assistant store manager and assistant department manager positions to give employees a better sense of their career path and to give promising employees the opportunity to be mentored by seasoned managers. Neufeld says the program started in the service and parts departments because they needed someone to make decisions when the service and parts managers were at meetings or out of the office, but has become more important as a way to develop leaders.

During the first level class in Stotz Equipment’s leadership program, employees spend time learning how to be a mentor and how to set goals for themselves.

“One of the points of this class, and all of the classes, is that I want them to have some experience after the class that’s going to help reinforce what they learned,” Rosztoczy says.

Neufeld says mentoring can help a manager create the opportunity to move up in his or her career as well. “If you train somebody below you and teach him or her everything they need to know to do your job, you’re preparing yourself for new opportunities as well,” he says.

Learning to Talk with Employees

In the second level of Stotz’s Aspiring Dealership Program, employees participate in team building exercises and set goals, which are shared with the class. They are also expected to report on their progress the next time they meet.

“I believe in experience-based leadership training and that simply means giving them an opportunity to see if they’re going to be a leader someday ...”

His son, Joey, IT manager, recently graduated from the second level of the Aspiring Dealership Program. He says that what he learned in the formal training has been directly applicable to his daily work. He shared one particular experience that may have gone much differently without the formal training he received in the program.

“One of the guys I work with is very well educated and significantly older than me. He can be kind of intimidating to work with,” Joey says. “I gave him his first performance review and it didn’t go well. I sat down with him and he got in my face immediately. He started ranting on the concept of performance reviews and who was I to judge him. Before I ever said anything. I could tell my hands were about to start shaking.

“I could tell I was getting offended by what he was saying and I was going to have an emotional response. The class taught me to feel the emotions coming on, to let them pass. Giving space allowed me to react more rationally than I would have before I took the class. 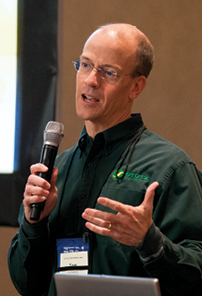 “I just sat there and listened to him for about 5 minutes. I restated the intent of why we were getting together and what we were talking about slowly and clearly. We actually ended up having a really good hour and a half conversation about where we were and how we were working together,” he says.

For PairieLand Partners’ Paul du Toit, learning to be a leader and how to effectively talk with employees meant learning the difference between talking at people and talking with people.

When du Toit was hired to be the store manager of the Emporia, Kan., location, he knew coming in that he wanted to create a sense of unity in the store, but it didn’t come easily at first.

du Toit says he initially had a hard time gaining the respect of his employees. “I had a dream of a situation where there are no walls between sales, parts and service, and when I came to this location, there were still a fair amount of walls,” he says. “The technicians and parts employees associated me with the sales department because that’s where I spent most of my time. Relationships in the back room were in tough shape.”

He was also frustrated that he couldn’t seem to get through to his employees when speaking to them one on one and didn’t understand why. 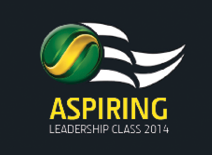 Stotz Equipment developed a logo for its Aspiring Dealership Program. The logo and flag symbolize how graduates of the program are meant to be “flag bearers” for the company.

“I would feel like I had a great meeting with an employee, but a couple days later, I’d find out he twisted the conversation and what I thought we talked about and what he took back to the shop ended up being very different.

“Today, I realize that I was trying to manipulate him to see the world through my glasses. I was so busy with my own agenda that when I was meeting with frontline employees, I had a paradigm of how I wanted this employee to see the world after I was done with him. But in the process, I didn’t listen to a word he said.

“So that employee sat in his chair during the meeting and thought, ‘He doesn’t value me, he doesn’t listen to a word I’m saying and I don’t trust him. He doesn’t care about me.’

PrairieLand Partners has many experience-based opportunities to help develop leaders, in addition to its assistant manager program. Employees are not required to take part, because they are volunteer opportunities to give employees the chance to step up and try a leadership role in an informal setting.

The dealership has “Managing by Values” (MBV) committees at each location, which consist of 3 individuals who are tasked with resolving any values-violations that arise. While the committee makes sure the store manager is informed, it’s their responsibility — not the store manager’s — to see things through.

“It’s an opportunity for leadership growth, and we had several people come through the MBV committees that are now managing departments,” Neufeld says. “We give them responsibility in these committees and they have actual authority and accountability to get things done.”

In addition to the MBV committees, PrairieLand Partners also has safety and wellness committees.

“They have to be parts people, salespeople or technicians. Committee members can’t be from management. They’re volunteers within their job,” Neufeld says. “We are just giving them the opportunity to become a part of leadership development.”

Clinics and training events are held each year. Nearly all of the presenters are employees without department management responsibilities. Teams of employees develop all the content for the presentations themselves.

“We let people start elevating themselves by being willing to volunteer or be encouraged to be a part of a presentation. They become known as informal leaders,” Neufeld says.

Every location is also required to do a community service project, which again, isn’t organized by management. The employees decide on the projects to pursue. Neufeld says these projects also give management an idea of which employees are the most suited to lead.

“They volunteer their time, every one of them, and it’s employee driven. You start to see who your future leaders are through those activities,” he says.

Coming Back to the Dealership