Despite the untimely death of Yasuo Masumoto, Kubota’s chairman and president, on June 4, in its earn­ings report the company, best known for its small and mid-size tractors, said it would continue with Masumoto’s initiative of aggressively expanding its business into large farm equipment.

For the fiscal year, revenues from farm equipment and engines account­ed for 66.5% of total revenues, up from 64.6% in the previous year, while construction machinery con­tributed 9.9%, up from 9.1% in fiscal year 2013. Of the 76.4% of revenues attributed to farm and industrial machinery, 54.4% resulted from sales to over­seas markets. 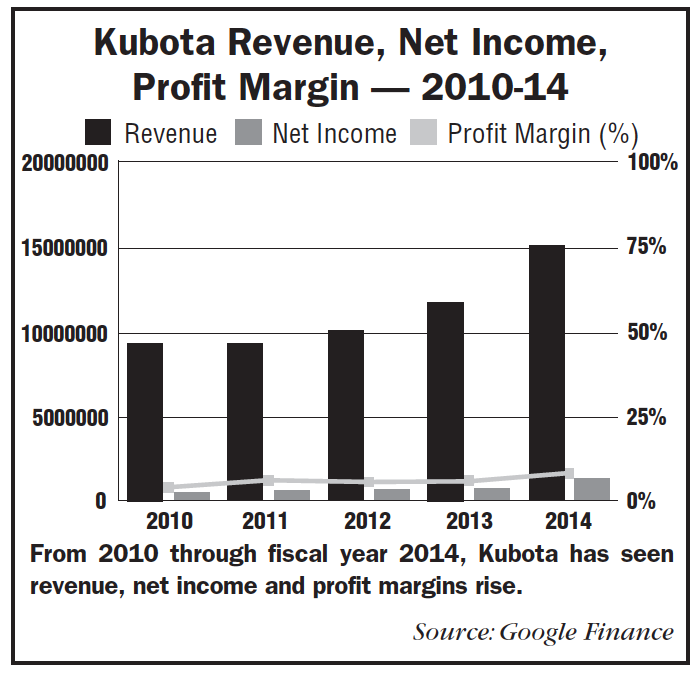 Operating income increased $800 million (66.8%) from the prior year, to $1.99 billion, due to increased domestic and overseas revenues and the effect of yen depreciation. Net income attributable to Kubota Corp. was $1.3 billion, $528.99 million (68.7%) higher than in the prior year Farm & Industrial Machinery. Revenues from Kubota’s Farm & Industrial Machinery segment, which is comprised of ag equipment, engines and construction machinery, increased 29.3% from the prior year to $11.4 billion, and accounted for 76.4% of consolidated revenues.

Kubota expects its overall revenues to rise by 2.7% to $15.3 billion during its next fiscal year ending March 31, 2015. For its farm and industrial machinery operations, the company had only a slight upturn of 0.6% for the year, to $11.4 billion, largely due to a 12.8% drop in domestic sales. It is projecting its overseas business in the farm and industrial machinery segment to increase by 6% to $8.6 billion. 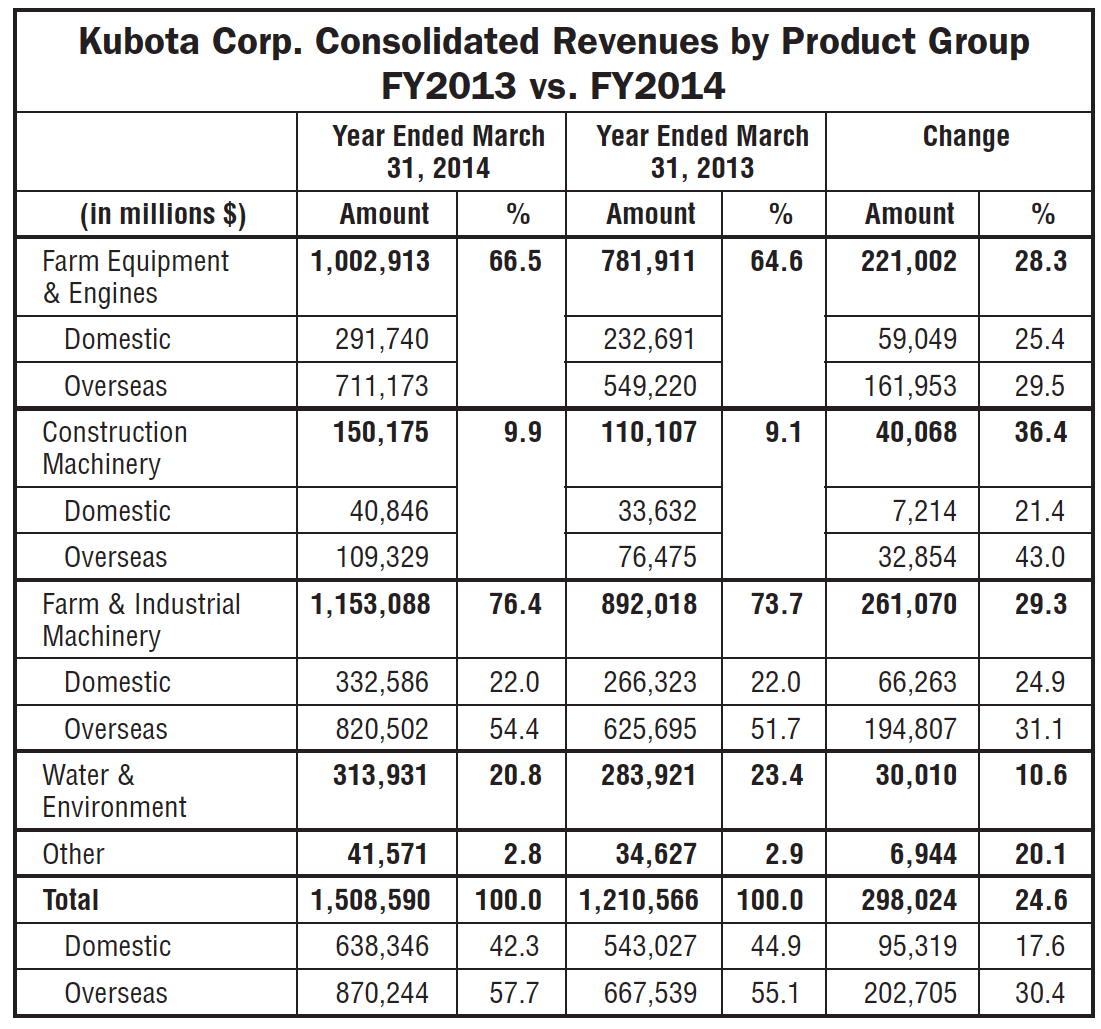 To realize growth in the medium-to-long-term, the company will dramatically expand its agricultural machinery business by making a full-scale entry into the market for dry-field cultivation, where the area under cultivation is estimated to be more than four times larger than the rice cultivation market.”

Kubota also indicated that it will accelerate the development of its business by expanding its lineup of products “at an early date, strengthening and expanding its sales and service network with the aim of building a strong position in the market for dry-field cultivation machinery, and implementing other measures to rank alongside existing European and U.S. manufacturers in this field.”

As it has made clear earlier (see Ag Equipment Intelligence, December 2013) Kubota said it “will consider a range of options, including alliances with other companies.”