The evolution of farm tractors from traction devices to diesel-electric power plants took another step in February as engineers met during the National Farm Machinery Show in Louisville, Ky. The purpose of the meeting was to discuss standards for the electrification of tractors and various implements.

“We know 1,400 volts is the upper limit of what standards will require ... safety can now be engineered into systems to be used in a variety of situations …”

The committee is affiliated with the Agricultural Industry Electronics Foundation (AEF) and the American Society of Agricultural and Biological Engineers (ASABE). It was expected to outline somewhat-final global standard proposals for use of high voltage electricity and transfer of data between tractors and related electrically powered tools, explains Oklahoma State University’s Marvin Stone, agricultural engineering regents professor emeritus.

Stone, who has been a long-time committee chair with ASABE, and a principal in setting communication protocol standards for the now-familiar ISOBUS connection, says the Kentucky meeting did yield a standard, ISO16230-1 — which is submitted for ballot among members of the ISO committee.

It is likely the standard will be approved within a year. Once negotiations began, the committee decided to approach the project in separate areas and realized the safety requirements would require a larger effort than originally thought. Therefore, the remaining standards for the connector and data link will be forthcoming at a later date. “The data link problem is still being debated across two sub-committees,” Stone says.

“While some of us expected the committee to announce overall standards for electrification interface connectors, the committee members instead concentrated specifically on safety issues of handling up to 1,400 VAC power in agricultural settings,” says Stone. “We expected we would be further along in the process but the fact we now know is 1,400 volts is the upper limit of what standards will require, designers can now go about engineering safety into systems that will be used in a variety of weather and environmental situations.”

As electricity becomes more of a prime mover in agriculture, the potential for serious or fatal electrical shock becomes a greater threat during field operations. The severity of an electrical shock is primarily a function of the amount of current (amperes) flowing through the body, the path of the current flow and the length of time the body is in the circuit.

Effects of coming into contact with a live electrical circuit can range from a barely perceptible tingle to severe burns and immediate heart stoppage.

In dry conditions, human skin has an average resistance of about 100,000 ohms, which when challenged with 120 volts would yield a current flow of 1 milliamp and a barely perceptible level of current. Under wet conditions, the skin’s resistance falls by a factor of 10 to 1,000 ohms, which would yield a current flow of 120 milliamps, which is enough to cause uneven, uncoordinated pumping of the heart (ventricular fibrillation.)

Higher voltages greatly reduce the body’s resistance by quickly breaking down human skin. Once skin is punctured (additional moisture is introduced into the circuit) the lowered resistance can cause massive current flow.

Before the meeting, Stone had indicated it might be possible to see commercially available high-voltage implements powered by diesel-electric tractors in the U.S. and Europe within the next 3-5 years. Now, with the committees electing to focus additional time specifically on the safety aspects of future power systems, he says it could be that long before engineers finalize standards for both power and data systems necessary to serve an electrified tractor/implement concept.

In published reports, the current chair of the AEF committee, Harald Dietel of Germany’s Sensor-Technik Wiedemann GmbH, says the growing use of electric drives in agricultural machinery is a “historic chance” to use decentralized electric motors to overcome the limitations of mechanical and hydraulic systems. Still, he says the biggest challenge is designing connectors that will accommodate both AC and DC current, along with handling the data communication needs of future tractor/implement systems.

Ultimately, this means the engineers are looking for a standard interface that will allow any implement to run its electric motors on any properly equipped electrified tractor.

“In the end, we want one connector for all the operating modes we can think of, at a size and price that is suitable for the agricultural equipment market,” Dietel explains.

Drive mechanisms of chains, belts and shafts, as well as hydraulic pumps, lines and actuators have served modern agriculture quite well, and are responsible for the ability to produce the world’s food and fiber at increasingly efficient rates. Still, modern advances in electrical engineering and technology are pointing to electric motors as an even more efficient alternative.

Stone says the past 20 years have seen tremendous advances in the ability to control electric motor speed and torque — far beyond what was possible with only an off-switch and a single-winding AC or DC motor.

The use of microprocessors that become faster and more capable each year, along with solid-state inverters and variable frequency speed controllers for both AC and DC electric motors has allowed electrical power to begin challenging hydraulics on its own turf, the engineer explains.

“Hydraulics work well in low speed, high load applications, but they are heavy and require expensive speed controllers for higher-speed jobs and long lines of hydraulic hose from pumps to farm implements.

“Their horsepower-hungry systems also generate a lot of heat. With modern electrical engineering, we’re finding we can do the same jobs with remotely mounted electric motors and serve the power needs with only an electric cable,” he says. “Even for motive power, remotely mounted electric motors — with variable speed control — can be used to move a vehicle from 1-15 mph with no gears or transmissions, hydraulic pumps or lines, or drive shafts.” 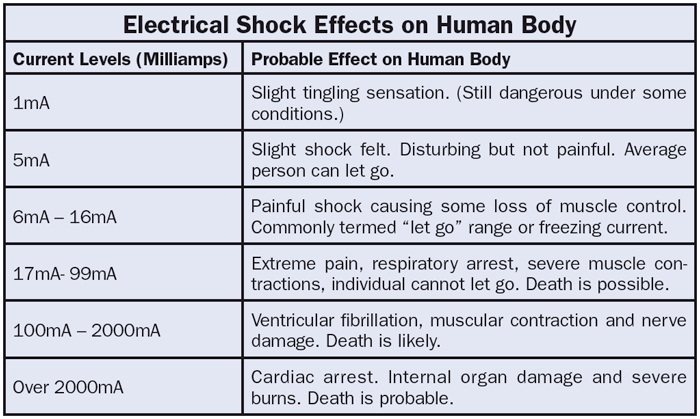 Other advantages of electrically operated implements include the ability to run at a constant tool speed regardless of ground speed, the ability to easily control various sections of a tool independently, and the obvious reductions in weight and equipment size.

For a three-phase 100 horsepower electric motor running on 480 VAC, one only needs a triple AWG 00 cable and a connector roughly the size of a dryer plug. Stone also notes that prototypes and commercial rotary cutters and mowers using this design are already in existence in Europe.

“When you move those kinds of voltages and currents between a tractor and an implement, however, you realize how important it is to have a fail-safe, robust, easy-to-use connector to prevent electrical shock in the commonly damp conditions found in agriculture,” Stone adds.

“As this technology comes to market, it is going to be imperative that the farm equipment dealers, universities and the underwriters involved provide adequate safety training to ensure those using these systems are well-versed on the hazards and how to avoid them.”

With the new standard sent to ballot in February and expected to be finalized within a year, major players in this field, such as John Deere, AGCO, Case IH and a number of others in Europe, can now begin matching their prototypes with connectors that will become common place on both sides of the Atlantic by the end of the decade, according to Stone.