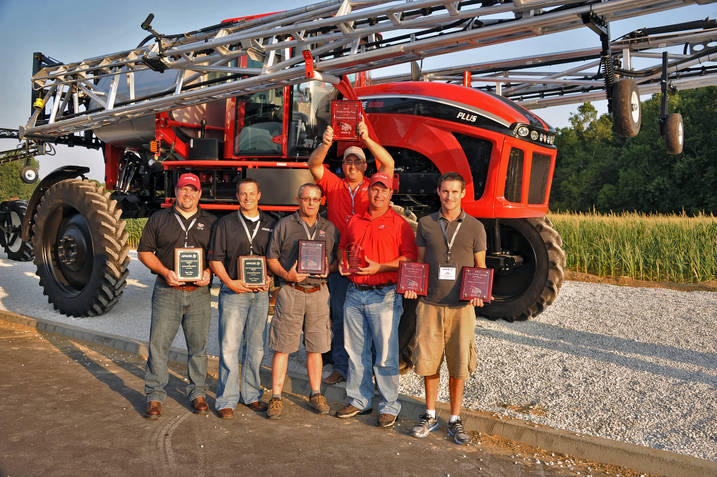 Simpson Farm Enterprises is no stranger to excellence, having won Apache Dealer of the Year each of the past three years. They understand the tangible assets to being a successful dealership. By focusing on their distinctive application customer base and a controlled handle of niche expertise, SFE continues to thrive with top quality Apache service and the ability to adapt changing trends of the sprayer industry to the growers of western Kansas and eastern Colorado.

According to ET's vice president of sales and marketing Chris Meyer, "Since 1998 when they started representing the Apache brand, Simpson Farm Enterprises has epitomized what it means to be an Apache dealership. As application methods evolve, so too will the staff at Simpson remaining dedicated to strive for perfection at customer service and sales. We look forward to our continued long-term partnership with Simpson Farm Enterprises."

"Being named Apache Dealer of the Year for the third consecutive year is a great honor and exemplifies the dedication and cooperation of all departments of the SFE organization. The closeness of our relationship with Equipment Technologies enables both of our organizations to team together and better serve our customers," notes Greg Simpson, president of Simpson Farm Enterprises.

Equipment Technologies is the largest independently owned manufacturer of self-propelled sprayers in North America. Operating from its 168,000 square-foot headquarters in Mooresville, Ind., the company distributes its sprayers throughout North America, Ukraine and Australia through a network of independent dealers.