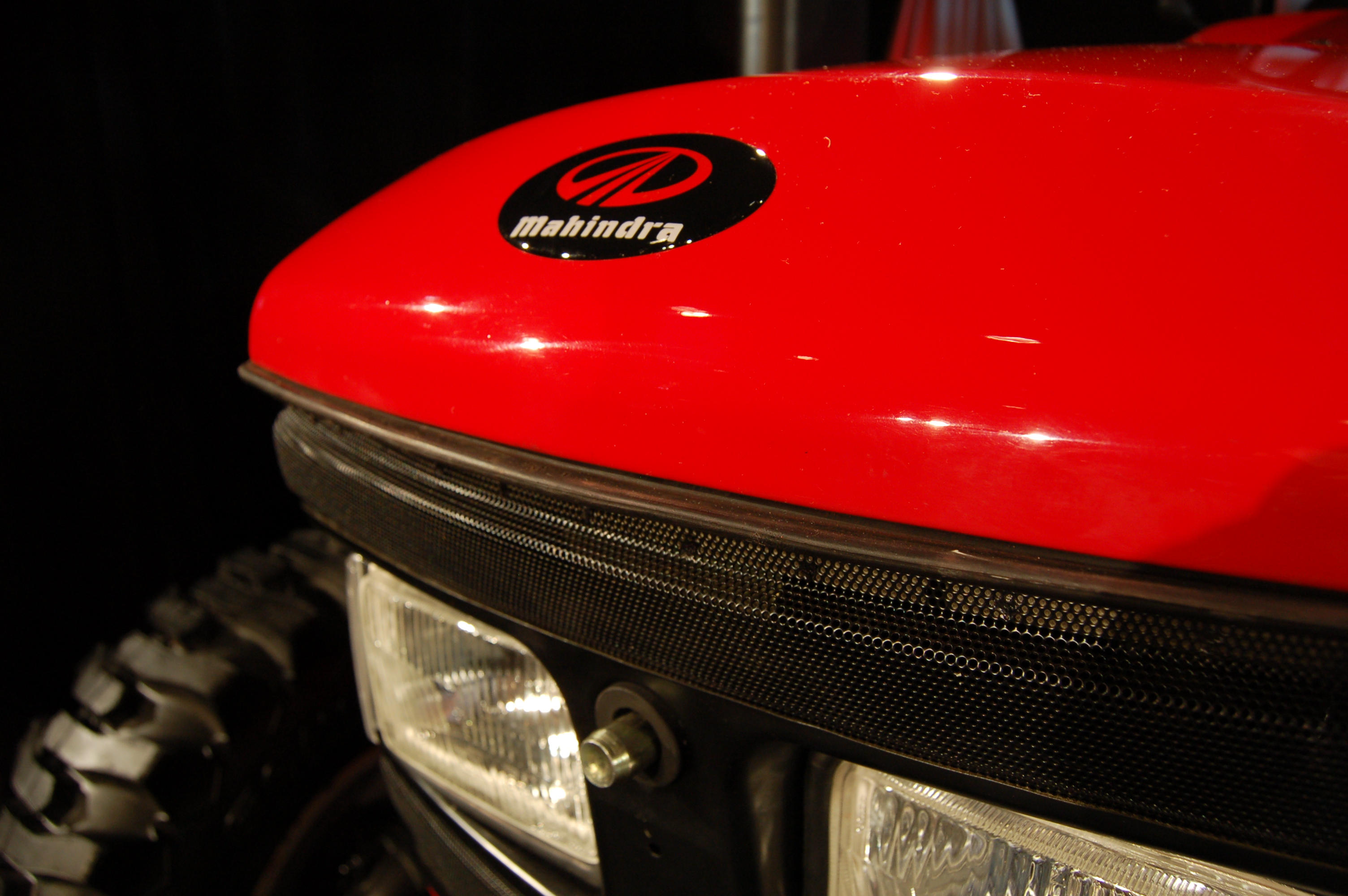 Any doubt about Mahindra’s commitment to the North American tractor market was likely removed during Mahindra USA’s National Dealer Meeting.

And a proposed joint venture between Mahindra & Mahindra Financial Services and Agricredit/DeLageLanden could give dealers a competitive boost. The proposal may be finalized this spring.

One theme — “change” — seemed to dominate the dealer meeting, held Feb. 3-5 at the brand new Omni Hotel in Fort Worth, Texas.

In fact, Mahindra had already faced much change in a difficult 2009. A plant in Calhoun, Ga., was closed, the U.S. headquarters was relocated 33 miles to Houston, and the company’s floorplan financier was replaced.

Mahindra executives acknowledged losing some market share in North America in the past year, and unit sales of tractors have declined by about half since 2005.

They made good on their word Thursday morning by re-branding Mahindra USA with a new logo.

“The big red M has served us well. But in the final analysis, a logo is only a symbol of the people and products it represents,” said Mike Hilderbrand, vice president of marketing and organizational development. “The time has come for us to join our sister companies under a common global brand.” 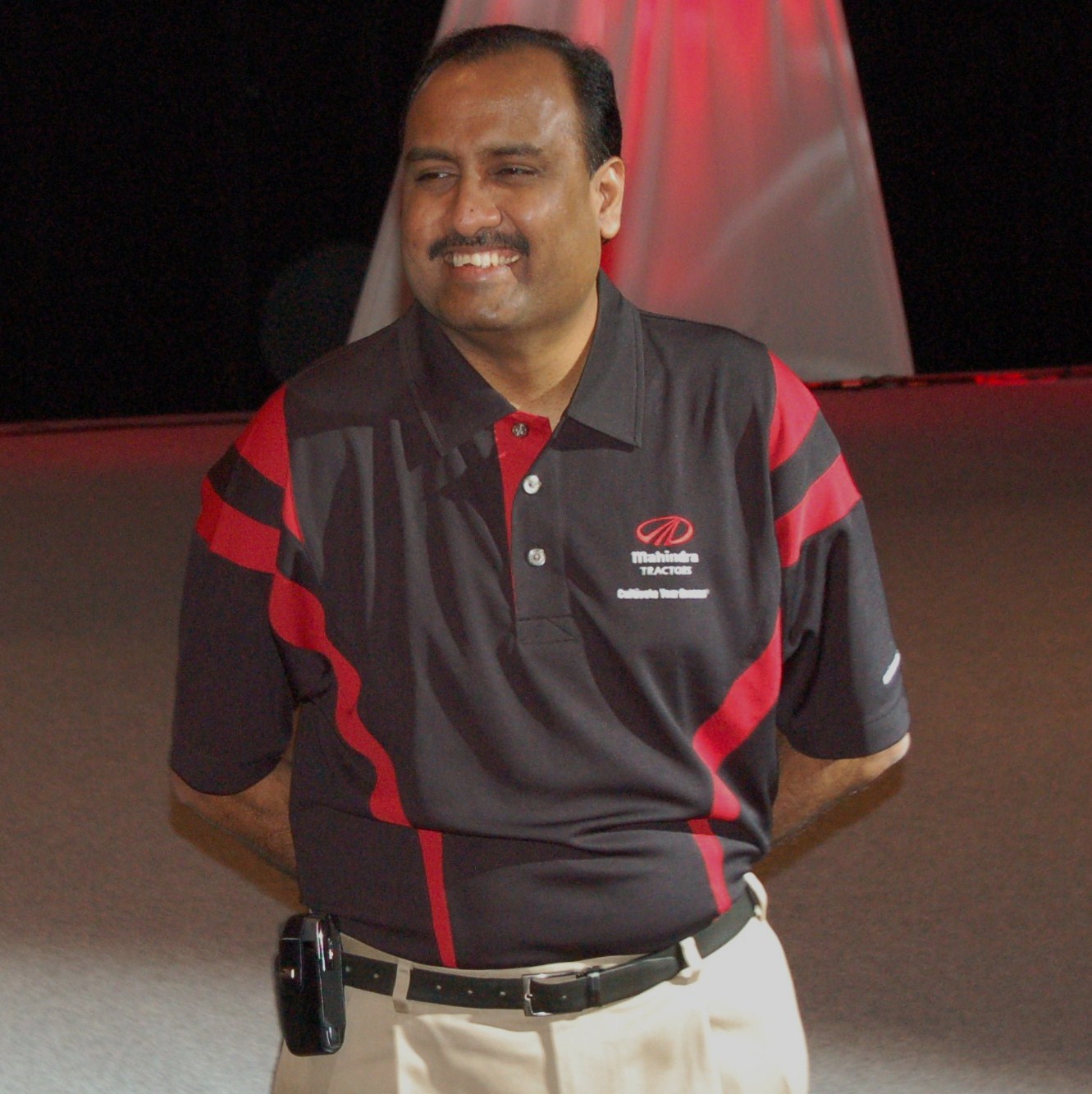 Thunderous music played as popular quotations about change were shown on large screens. After a loud pop and a shower of confetti, the new logo appeared on the screens. Mahindra USA employees entered the ballroom single-file, wearing red-and-black shirts.

“Change is inevitable and we’ve laid a new foundation to meet these changes,” Mahindra USA President Mani Iyer told employees and equipment dealers. “Mahindra will soon be a force to be reckoned with.”

In a prepared video, Anand Mahindra, vice chairman and managing director of Mahindra & Mahindra Ltd., said he believes the U.S. market will rebound, and that he believes in the “resiliency” of Americans. Mahindra USA’s success is also crucial to Mahindra & Mahindra’s ambition to be the world’s largest tractor manufacturer in volume sold, he added.

For its 2010 fiscal year, Mahindra & Mahindra plans to sell 50,000 tractors outside of India, where the company already has 42% market share.

“No company can be considered truly global until they conquer the American market. The more you help us grow, the more we can help you prosper,” Anand Mahindra said. “If we cannot prove ourselves in the U.S., we can’t prove ourselves.”

The move, if successful, would put Mahindra USA on par with manufacturers like Kubota and John Deere that already benefit from in-house credit options. “This is a giant step,” Iyer said. “We will be among the top four farm equipment manufacturers that have their own wholesale and retail financing companies.”

Some dealers at the meeting complained about increasing credit denials costing them businesses, as customers go to competitors instead.

“That’s really key, to have someone involved that actually has an interest in selling tractors, which is something other companies competing against us already have,” said Paul Vigano, co-owner of Tatum Equipment Co. in Anderson, Mo.

Another factor that could play in Mahindra’s favor is the expected 2010 release of its compact pickup truck series in North America.

Mahindra officials believe U.S. consumers have forgotten about bad experiences they had with diesel engines in earlier decades. They also point to J.D. Power’s predictions that penetration by diesel technology in the light vehicle market will grow to 14% by 2017.

Mahindra has been selling tractors in the U.S. since 1994, but tractor dealers hope Mahindra’s entry into auto market will boost the brand’s name recognition.

Mahindra USA surveyed its 204 dealers in December to measure the company’s performance in a variety of areas, including financing, order processing, product launches, parts management and marketing.

About 32% of dealers responded, a rate Mahindra would like to improve. “These scores are important. This is what guides our continuous improvement process,” Hilderbrand said as he went through the results with dealers in attendance.

There were several areas where Mahindra improved its score with dealers, and a few categories where improvement is needed. About 40% gave the company a “9” or “10” on order processing of tractors and 53% gave the same score for parts shipment conditions.

Scores also improved in product launches and problem solution. Nearly 41% of dealers said the Mahindra brand image was a strong asset to their business.

Lower scores were given for responsiveness of the financial services provider, and for floorplanning arrangements.

Dave Siemens, owner-principal of Dave’s Tractor in Red Bluff, Calif., is the new dealer council president, and hegave his synopsis of the challenges facing dealers and the company.

Siemens applauded Mahindra for enhancing web site features for dealers and providing programs to sell aged inventory. He also said Mahindra’s 5-year warranty on tractors “could have been done wrong” but was done right and offers dealers a lot of options.

But dealer floorplanning has “taken 20 steps back” after G.E. was replaced with Agricredit Acceptance LLC, Siemens said.

The big challenges in 2010 are moving aged inventory, setting up a new floorplanning system, as well as Mahindra “showing strength as a national and international brand,” Siemens said.

He also called for Mahindra to improve its responsiveness when dealers needs answers to problems or issues.

“I’m tired of hearing about dealers with issues that languish for months – and sometimes I know dealers have done things that contribute to that,” Siemens said. “A lot of issues go away with communication, and the submission of the right information by dealers.”