Telling Your Side of the Story 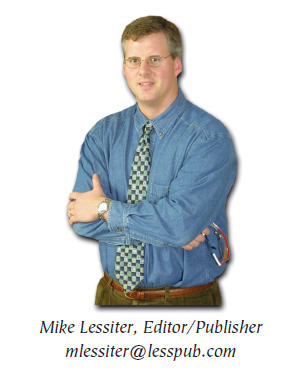 Last month, I gave a presentation on our 2010 Business Trends & Outlook at the Italian Farm Machinery Convention in California. Immediately following me on the program was Herman Wilson, president of the 15-store Pioneer Equipment Co., with locations in California, Idaho and Texas. Having gotten to know Wilson (who’s also a CPA) on a trip to Europe a few years ago, I expected him to call it like he saw it, and he didn’t disappoint. In fact, it was the most candid presentation by a dealer-principal that I’ve witnessed.

From the time his mic was turned on, he pulled no punches. “This industry has too much structural cost for what we’re doing for our customers,” he said. “It’s costing me 15-20% more than it should just to get the product to my door — those numbers need to be sliced significantly. You can’t do it as long as we have huge inventories that pile up and the industry is still run like it’s 1935.” Here are a few points from Wilson’s address.

Dealer Numbers. In the post-World War II era, a tractor dealership in every town was necessary due to horse-to-tractor conversions and the reliability/repair issues of the day. “In today’s world, it’s ridiculous to have dealerships closer than 50 miles apart.” The question that the er is never asked, he says, is how much extra he’s willing to pay to keep two stores open that should be consolidated due to insufficient volumes.

Parts Margins. “The dealer is getting less than his fair share of the parts pie because of distribution inefficiencies.” According to Wilson, the current margins on parts are about 30% for both the dealer and manufacturer. “The major’s 30% share was established back when the manufacturers actually manufactured something. If less than half of my orders come from the depot, why does the major get 30% of the shipment cost?” The new model he shared allows for a 40% margin for the dealer and 18% for the manufacturer.

Service Margins. Discussing the under-reimbursement of warranty work, Wilson said, “There’s no way that we’re being properly paid for research, troubleshooting and having to call a plant 10 times to find someone who can fix a problem. Plus, it encourages plants to turn out products that need more engineering, since they know we’ll get stuck with half the cost of fixing it.”

Absorption Rates. The majors all drill their dealers about improving absorption rates. “It’s just an attempt by the manufacturer to get us to where we can become service people while they sell direct to the big accounts It’s happened to me already — all of a sudden I get one-third of the margin on a big account that I used to get. I can’t make a living on service alone.”

The Wholegoods Value Chain. Wilson’s analysis shared numbers on the costs of wholegoods from the factory, delivery/handling and warranty/development as well as the waste in manufacturer sales costs. If manufacturers would just cut their own waste, he says, both the dealer’s and manufacturer’s gross margin could rise from 10% to 20%. “The current inefficiency needs to be looked at very hard.”

Contract Approvals. Wilson recently saw a sales prospectus for a John Deere dealership that was priced $5 million below its fair market value. “Because of Deere’s insistence in giving the dealership to a particular buyer, they destroyed the value of the dealership. Why he didn’t sue I don’t understand. Manufacturers feel the only value is their name on the signpost, but we’ve all seen manufacturers try to run their own stores and not succeed.”

Web Exclusive Herman Wilson Telling Your Side of the Story

To The Point: The Death of Service Expectations