While Farm Equipment’s special report on dealers cost of doing business, which appeared in its June 2015 issue, covers the period of 1970 through 2014 in 5-year increments, the data actually goes all the way back to 1947. The following charts track four of farm equipment dealers’ financial measurements for the 11 year period between 1947-1957.

Dealer associations for 67 consecutive years have undertaken the Cost of Doing Business study. Starting with the National Retail Farm Equipment Assn. in 1947, the data collected through dealer surveys has also been compiled by the National Assn. of Equipment Dealers and more recently by the SouthWestern Assn. and now by the Western Equipment Dealers Assn.

It’s interesting to see how the industry performed back then compared to how it’s doing today. These charts were originally published in the 1957 edition of the Cost of Doing Business. By the way, the price of the report was $2.00. 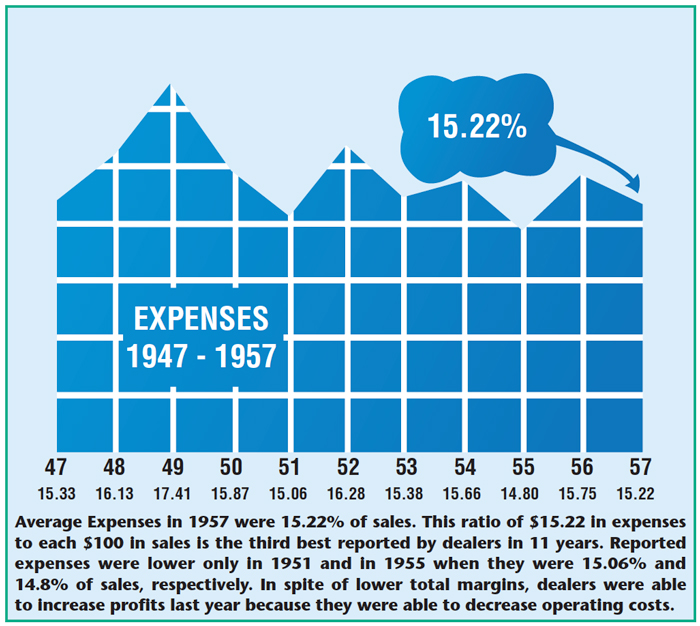 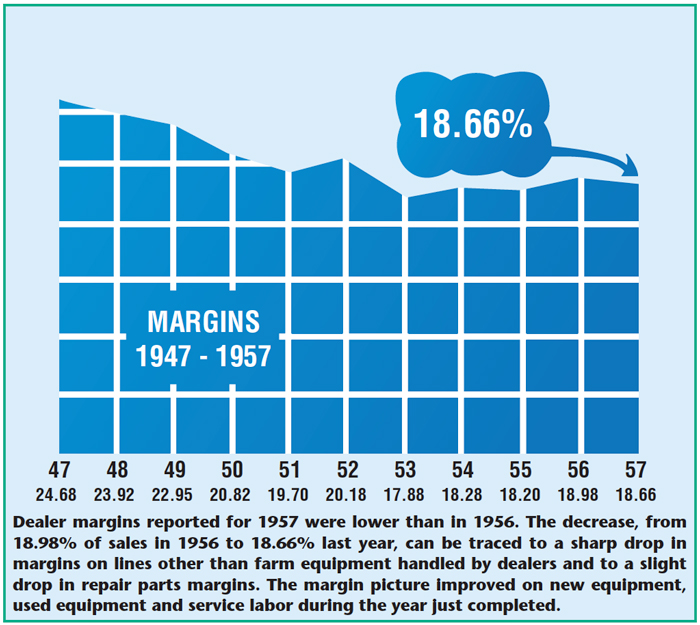 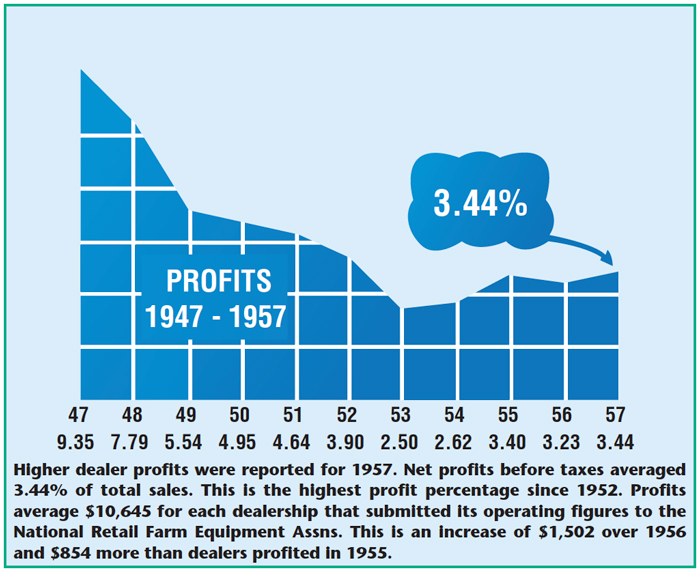 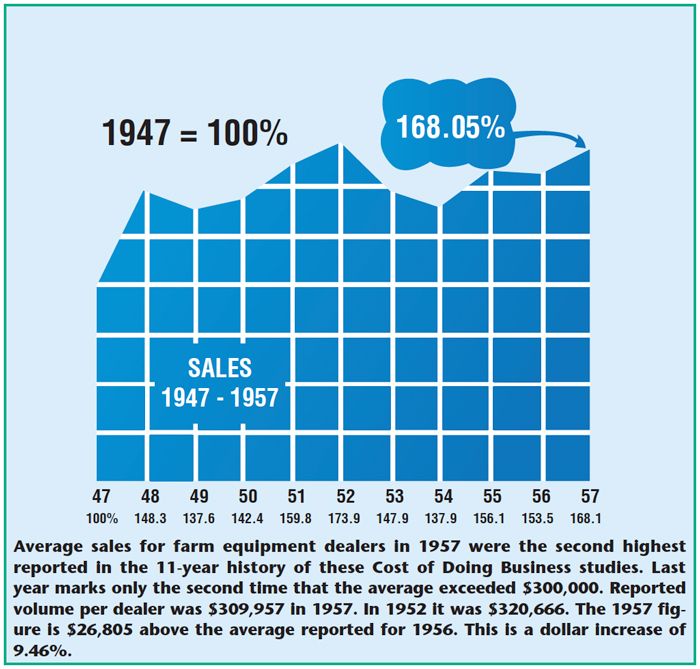 [Video] Dealer Perspective: What's Ahead for Claas in the Next 5 Years