North American equipment dealers’ latest outlook for 2014 calls for equipment sales to decline about 2%. This is slightly better than the 4% falloff dealers projected in the previous month. This compares with John Deere, which has forecast a drop in North American ag equipment sales of 5-10% for the year, and AGCO’s outlook that calls for flat to down 5% for sales in the year ahead. 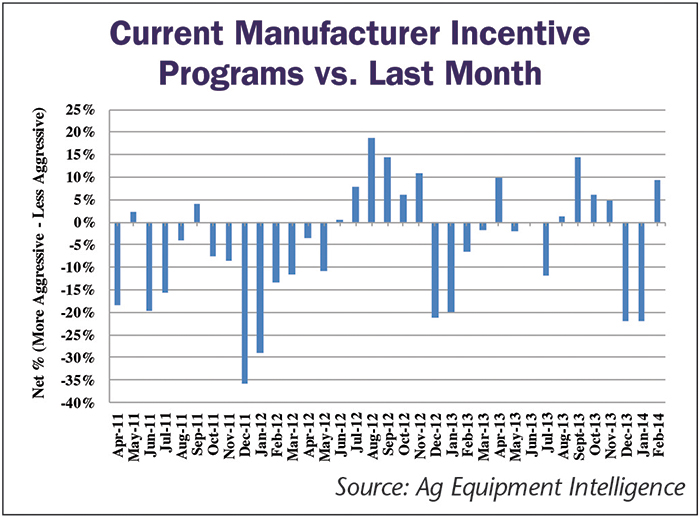 Inventories Remain a Concern for Dealers

Dealers reported used combine values got worse in February on both a year-over-year and sequential basis to down about 4.5% year-over-year compared to down 3.5% in January. Used high horsepower tractor values rebounded slightly compared to last month and were reported flat year-over-year in the March Dealer Sentiments report. 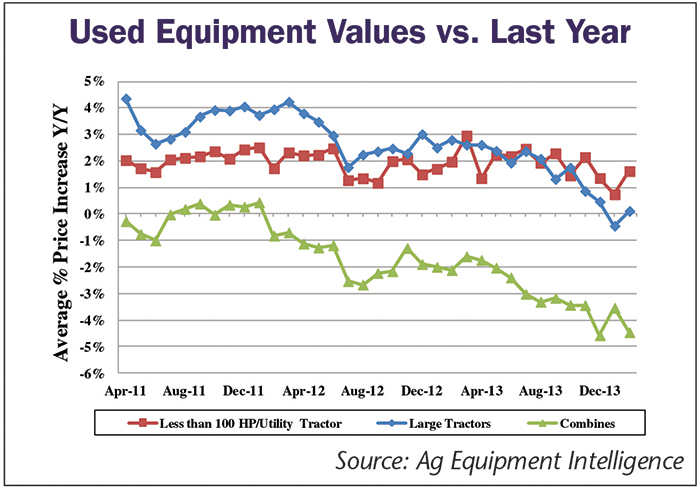 North American large ag equipment retail sales fell in February, with 4WD tractor sales down 14.1% year-over-year, combine sales down 15.2% and row-crop tractors down 6.4%, according to the Assn. of Equipment Manufacturers.

Inventory levels and days-sales of inventories rose year-over-year across all large equipment categories (except combines), with growing risk for inventory destocking in 2014 given projected sales declines, Mircea (Mig) Dobre, analysts with RW Baird, said in a note to investors. 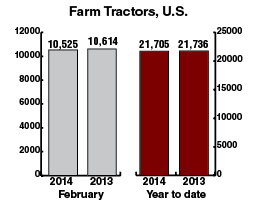 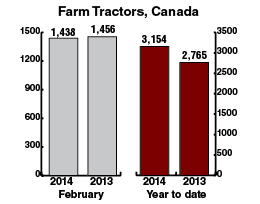 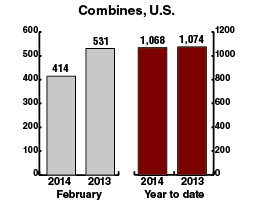 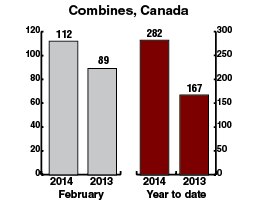