More than a quarter of dealers responding to Ag Equipment Intelligence’s most recent Dealer Sentiments & Business Conditions Update survey are reporting that their new equipment inventory is “too high.” This could spell trouble as an expected softening of farm equipment sales sets in during 2014. 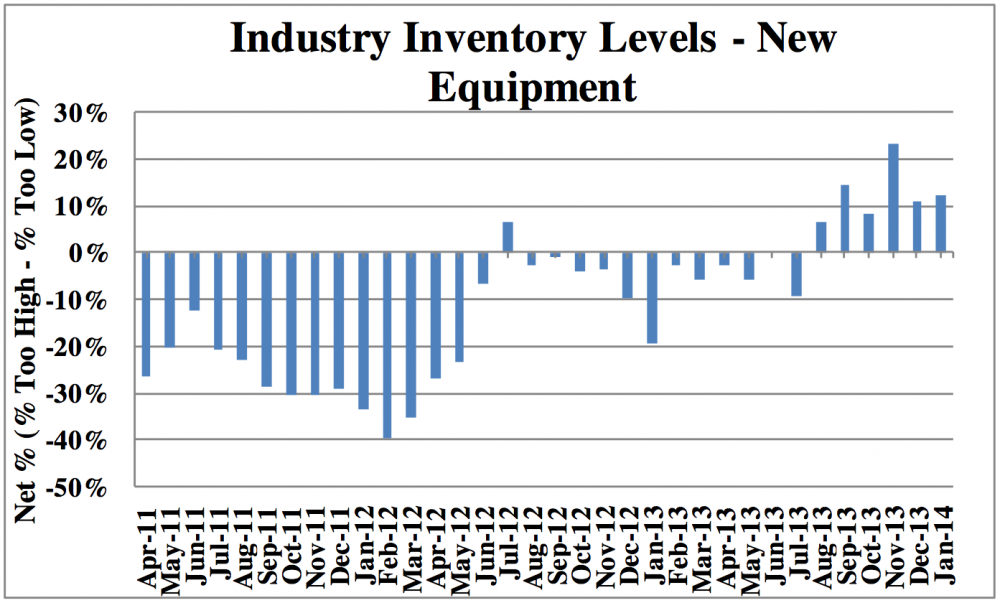 These numbers appear to be backed up by the Assn. of Equipment Manufacturers’ February unit sales report, which also showed a trend toward higher levels of new equipment on dealers’ lots.

In a note to investors, RW Baird’s machinery analyst Mircea (Mig) Dobre reported that U.S. and Canadian year-over-year inventory levels and days-sales of inventories rose across all large equipment categories “with growing risk for inventory destocking in 2014 given projected sales declines.”