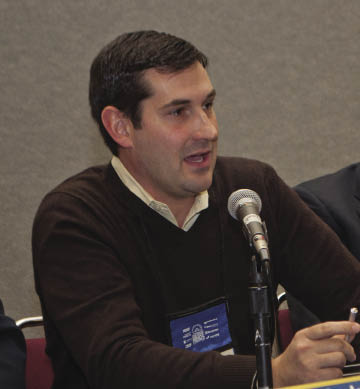 Agri-Service’s Clint Schnoor walked attendees through the nuts-and-bolts of the Employee Stock Ownership Plan (ESOP) structure. Schnoor, who is president of an ESOP association, explained that ESOPs are qualified retirement plans designed to own the stock of the sponsoring company. Agri-Service, a 9-store AGCO group, was founded in 1990 and moved to an ESOP in 2010. In effect, all 170 employees are now “owners.”

Schnoor debunked the myth that an ESOP is a democracy. “Democracies don’t make money; they spend it,” he says. “It’s still run by management.” He told dealers to think of an ESOP as a mini publicly-held company. “You have a bunch of shareholders — your employees.”

Moving to an ESOP won’t change how most dealers do business (other than a board of directors). “Essentially all we’re doing is taking shares from one ownership group and moving it to another in an ESOP.” 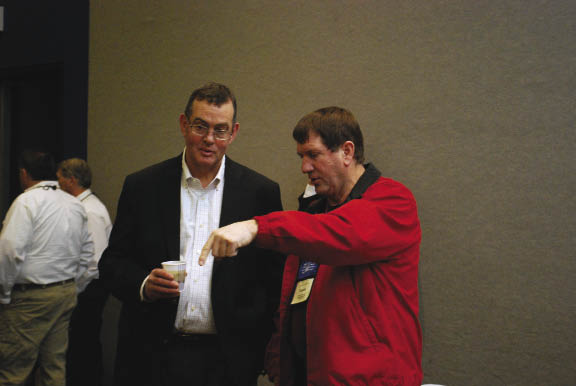 Peer-to-peer networking among dealers of all regions, sizes and OEM representation was a key objective of the Dealership Minds Summit format.

Considerations for an ESOP

Agri-Service formed a 5-member board of directors (3 are “outside” directors) upon the ESOP, along with a senior management team of 10 who head up various departments. The management team executes the daily business plans.

The ESOP works, he says, because everyone is vested in the company’s performance. “Each employee wants to know the share price, and we manage in a way that they know — on a weekly and monthly basis — where we’re at. You’ve got to teach them how they contribute to the share price, which contributes to their future retirement. We feel it provides a better customer experience for all the customers that work with us.” He adds that the “ownership culture” sets Agri-Service apart from other companies in its area.

“It fit what we wanted to do, kept our owner involved in the company and also let us grow. The tax benefits really fund the buyout and we’ve traded loan payments for tax payments. That’s how we pay for our ESOP, which is a significant benefit. It hasn’t slowed down our growth structure at all; we’re continuing to grow and try to acquire a new dealership every 2 years.”