A total of 751 exhibitors took part in the indoor/outdoor event, the largest number in 10 years. While the attendance at the June 15-17 event was slightly down from last year, the exhibitors Farm Equipment spoke were pleased with the foot traffic and the amount of business that was being conducted.

The organizers are planning to double the size of the event over the next four years. To that end, they've hired Tobias Eichberg, a consultant from Germany, to help them increase the event's visibility throughout North America, as well as the rest of the world. More than 400 International participants attended the 2011 show, and they want to see that number climb.

New events will be added to the 2012 show in order to provide more value to its participants. "We are on the way to take the show to the next level. The new developments will make our event more competitive in both international and domestic markets," says Larry Gregga, show chairman. "These additional activities will ensure our show will be one of the best for industry key players to gather." Further announcements will be made later this year.

Opening out to a full 30 ft. and weighing 11,600 lb., the Vonda, Sask.-built Highline CC30 crop chopper fills a void between grass mowers and flail shredders. George MacKay, sales manager and owner, says it can be used with a 181 hp. tractor thanks to its Soft Start clutch.

SeedMaster, of Emerald Park, Sask., was awarded three of the Western Farm Progress Show's 2011 Innovation Awards, including a Sterling Standard award for this prototype Nova XP-820 air cart. Designed for use with the 70-90 ft. drills that are becoming more common in the West, the XP-820 is comprised of three 260-bushel tanks and one 40-bushel unit. Ten primary air runs, rather than the standard 6-8, increase seed metering capacity.

Akron distributor Aaron Yeager of Grain Bags Canada organized a demonstration of the Gtx3210 grain bag storage system. Akron's unique Televeyor telescopic conveyor moves hydraulically over a ramp between work and transport positions, allowing bags to be loaded from the left or right side without unhooking the tractor. The Televeyor conveyor uses a single 24 in. wide belt inside a 14 in. tube. Akron manufacturers grain baggers, unloaders and carts in Argentina.

Trent Meyer, director of international sales for Seed Hawk Inc., Langbank, Sask., says many farmers who have emigrated to Canada brought their Swedish-built Vaderstad implements with them. Seed Hawk is now importing implements such as this 27-ft. Carrier 820 into North America. It's designed for stubble cultivation, seedbed preparation, packing and more.

Jeff Penner of J.R.P. Farms showed a prototype of his heavy-duty plow-style V-Wing scraper. He designed and built the unit over the course of a year after realizing there had to be a better way to dig ditches on his farm in Swan River, Manitoba.

Morris Industries showed a prototype of its independent disc drill, which features 20 in. discs with carbide scrapers. A walking beam pushes the discs down into the soil to achieve better permeation and ground following.

Grant Lien, sprayer product manager for Versatile, says the SX275 sprayer features a 1,200 gal. tank and can be ordered with 90-120 ft. booms.

Degelman showed the Dieci AgriTech telehandler (pictured left) that it's distributing in the U.S. and Canada. Built in Italy to do the job of a tractor and telehandler, it can be ordered with a 3-point hitch. 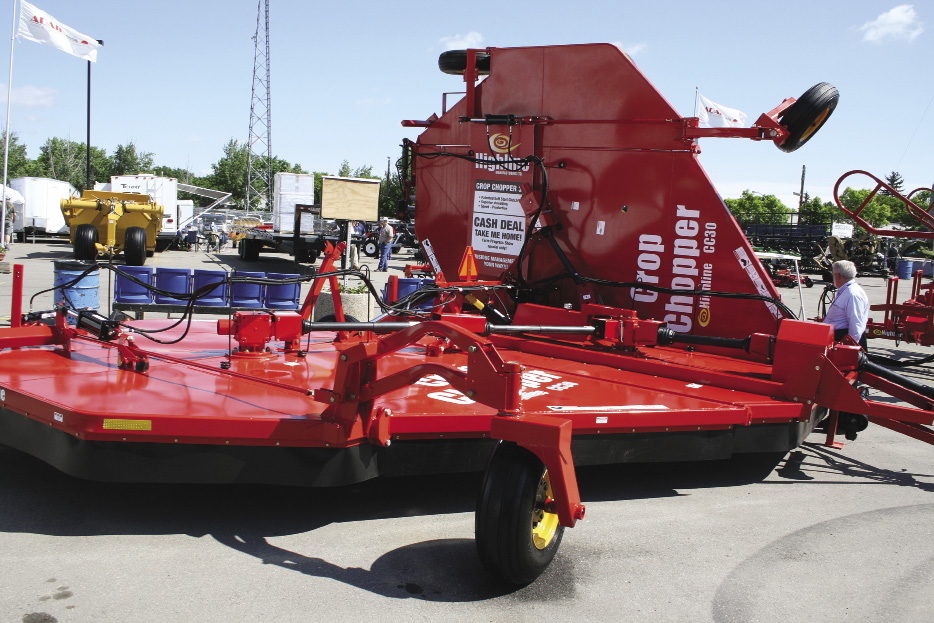 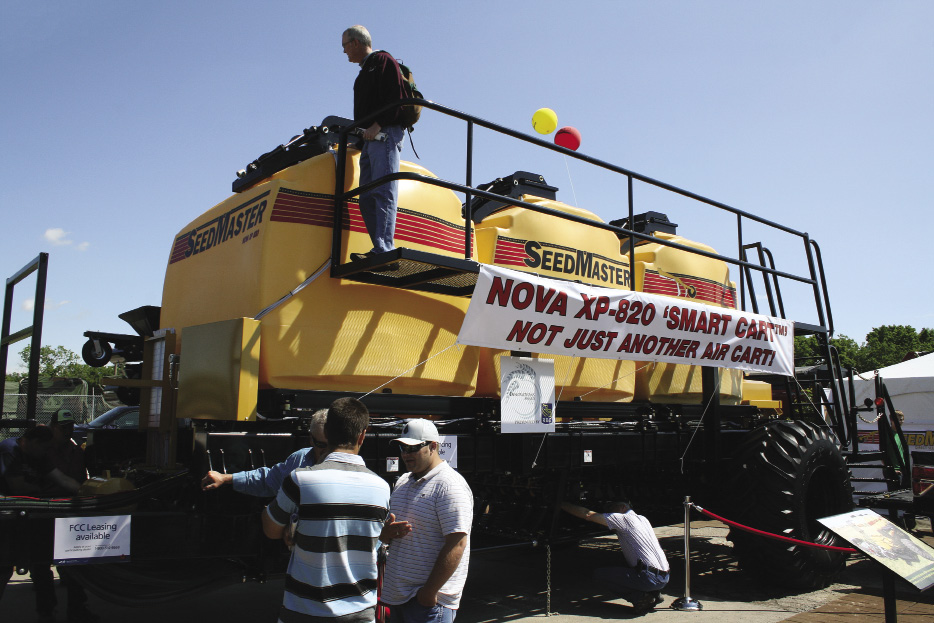 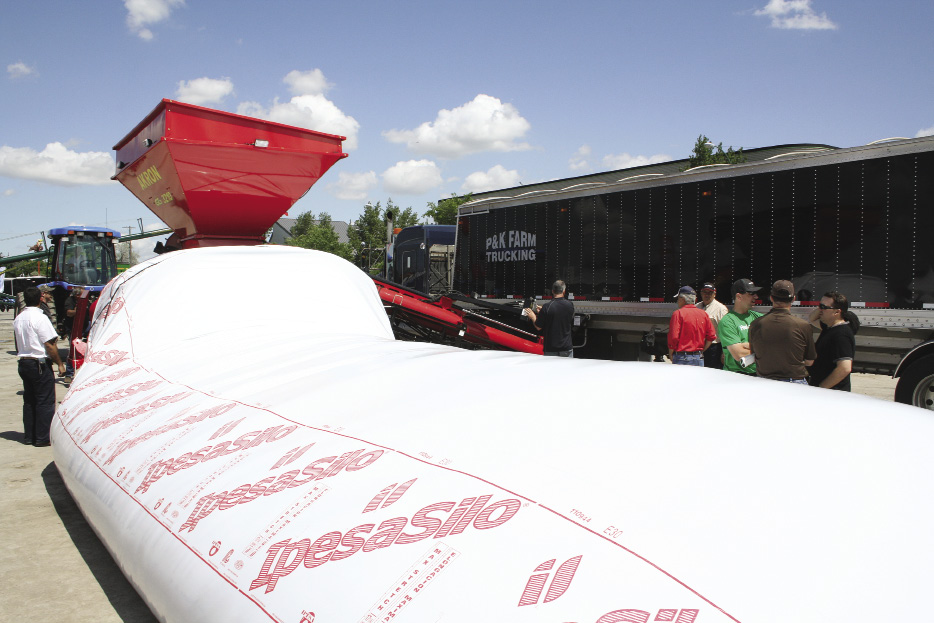 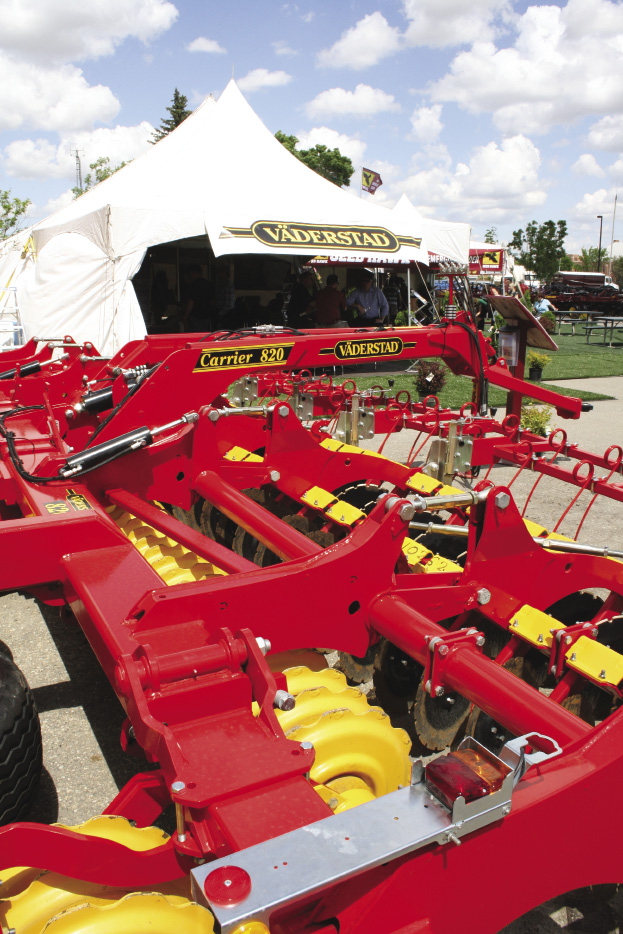 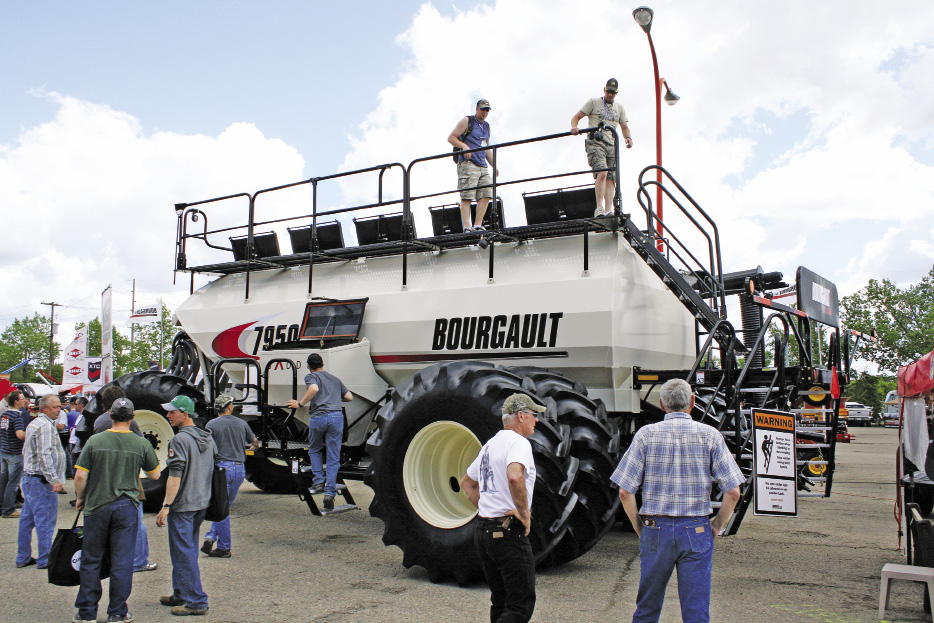 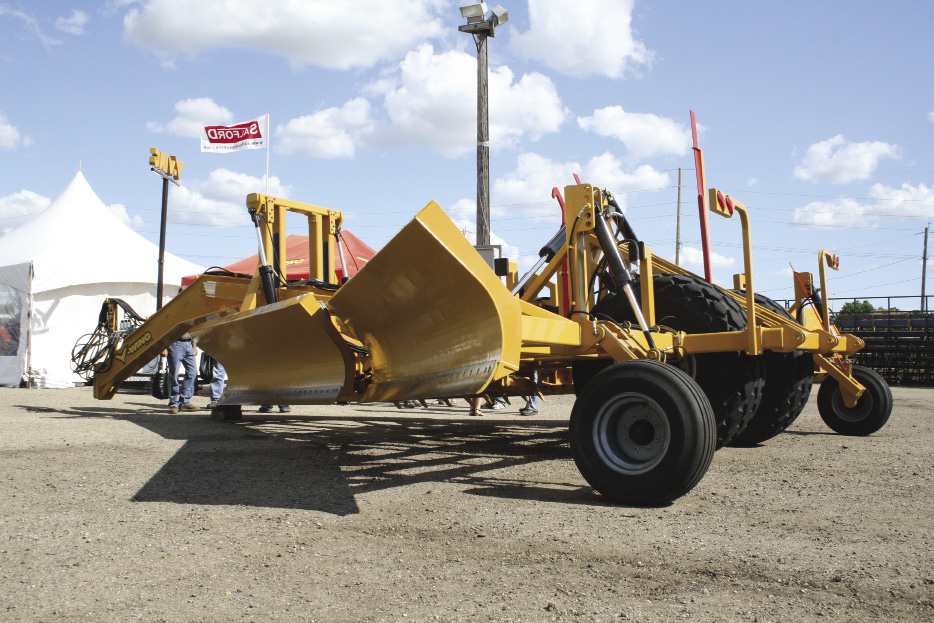 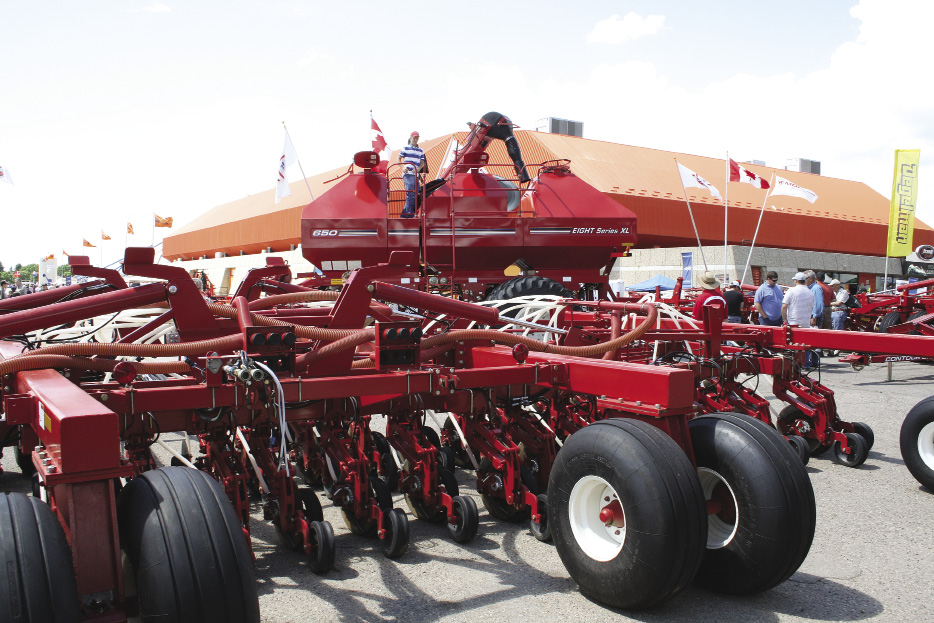 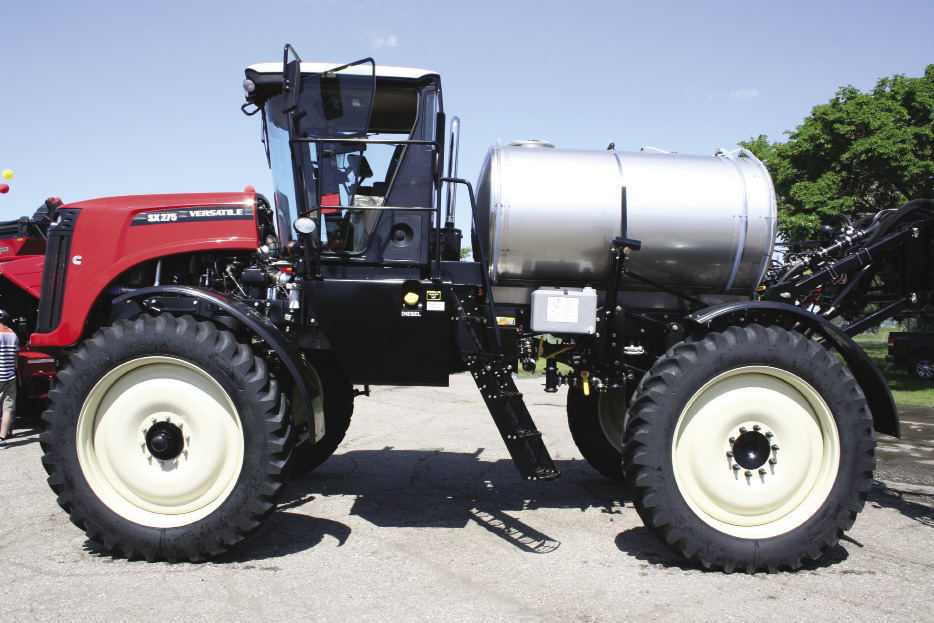 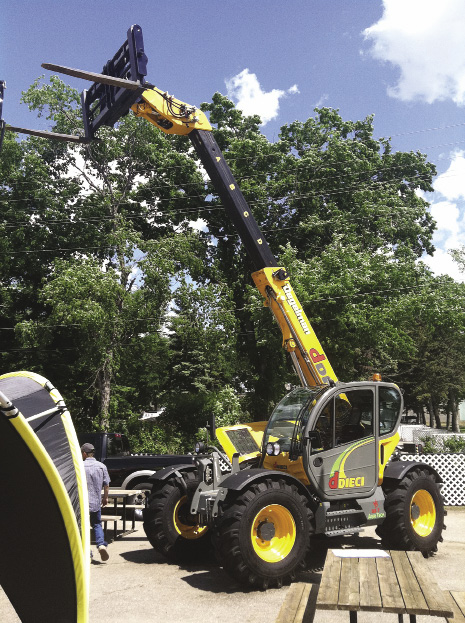